Can we please throw Nate Silver and his 5:38 in the trash heap?   Don`t some people understand, if you poll democrats, then democrats do well in your poll.  There`s a little thing on all telephones these days called "caller ID" maybe some of you tech savvy folks heard of it, where if you don`t recognize a phone number, you don`t answer and let it go to voice mail (your answering machine),

BA, do you remember those Rice A Roni commercials or whatever the name was where the announcer says that nine out of ten doctors surveyed prefer Rice A Roni side dishes, and then the cut to the ten doctors and nine of them are Chinese?

Basically what is going on with polling, and it does affect elections since some try to vote who they think is going to win......people want to identify with a winner....human nature.

Trump won the election phase.  Now on to the vote creation phase.

(Can we please throw Nate Silver and his 5:38 in the trash heap?)

Well summed up, Sam. Glad to have the Supreme Court.

That the election is a fraud....

Yes...I seen it with my own eyes

And heard with with my own ears.

Next you will say fake news.

The very foundation of this

Wonderful country is in danger

Im sorry folks....the truth is the

That, last night makes me sick

And I still am.

I recieved a call a few minutes ago from a fellow I know...he is retired from military...strong trump supporter....he told me he now regreats voting for trump...he said

He watched the same thing I did,

He said he could not believe he 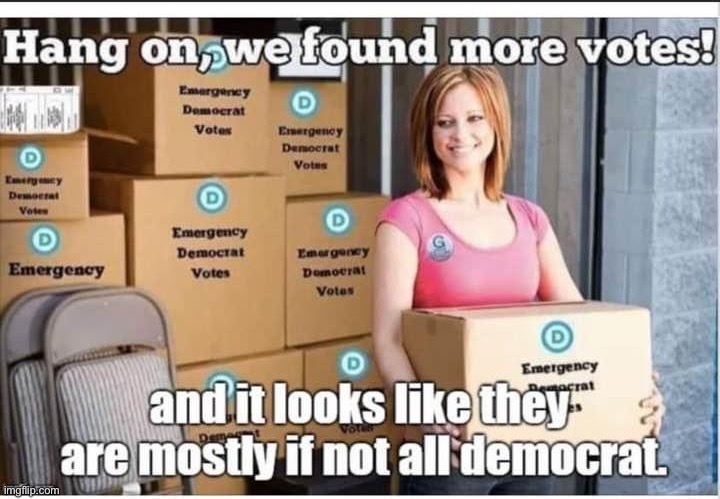 After running 40,000 possible scenarios the model said a 89-10 probability that Dennison would lose. And it appears that he has indeed lost.

What did they miss?

(After running 40,000 possible scenarios the model said a 89-10 probability that Dennison would lose.)

If your a book maker or pollster like 538 and you give a 90% chance of winning or 9-1 odds it should be clear and convincing, if it's like this election and you have me a 90% chance and it's still not decided in overtime, your just a hack and 538 has proven - once again - to be a hack outfit.

If your claiming the hacks at 538 don't do anything but post information, then tell them to find someone more credible to get their information from.