A way to solve a plethora of problems.

If we gave California back to Mexico we could solve a large number of problems.  It would enrich Mexico (if you ignore the huge debt California has) with its tech and farming economy.  Most of California already speaks Mexican Spanish(yes there are different versions of Spanish).  California is already heavily embedded with Mexicans and is governed by many who are Mexican or acquiesce to their demands.  The schools are filled with people from south of what we refer to as the border.  This would remove the distorted effect that California has on American politics and properly place it as where its heart exists.

Those who don't wish to live in Mexico could move to many other places.  And perhaps it would be acceptable to split California into 2 parts. The northern part could remain in the United States of America and the southern part could rejoin its soul mate, Mexico. 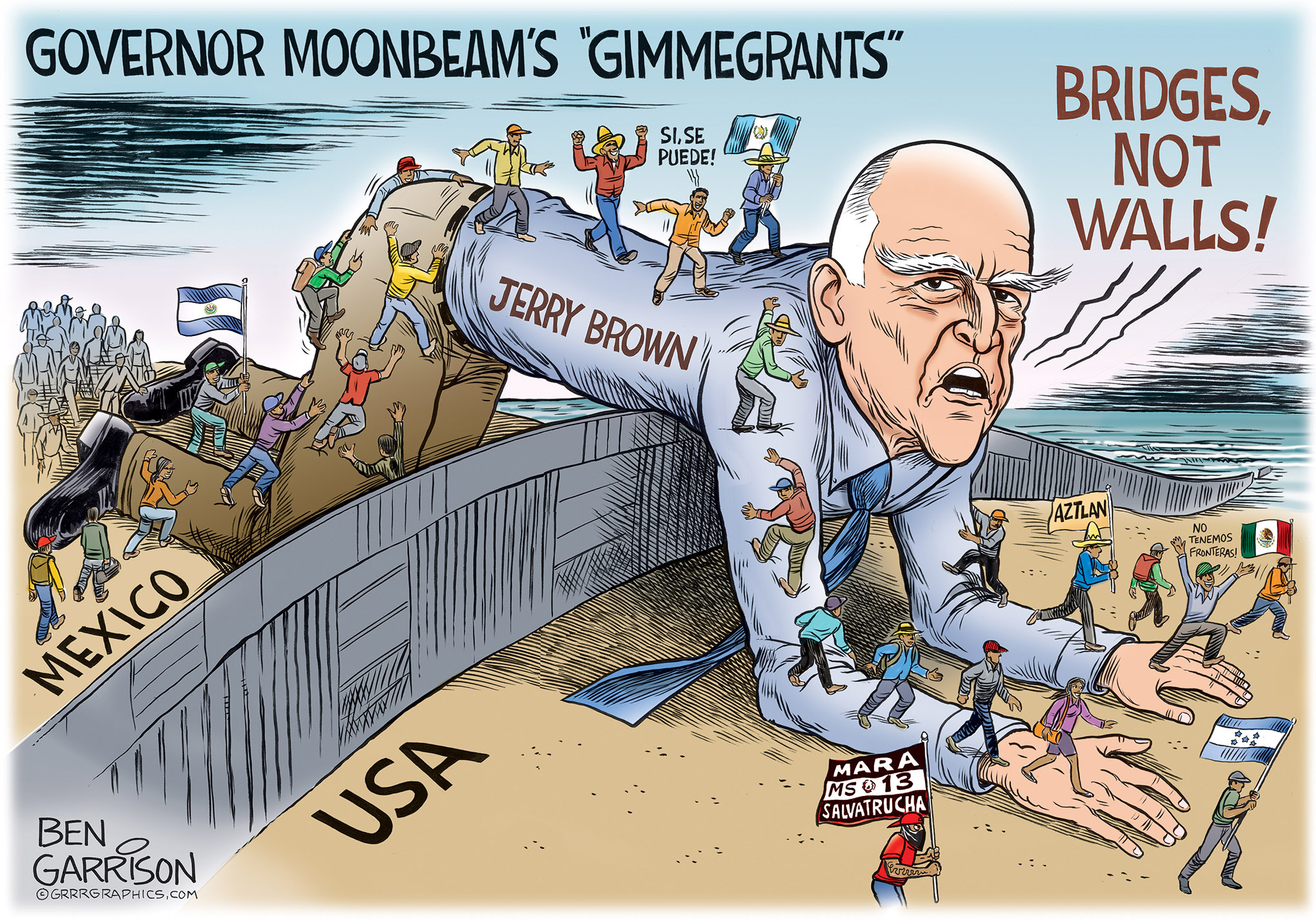 The biggest improvement, drag Trump out in hand cuffs!! Wake up!
Share
Reply

Re: liberals and gang activity...

Only an ill informed person would believe that President Trump is a problem.  A man that has strengthened the US economy, lowered unemployment for every segment of society, reduced the degrading  welfare numbers, calmed N. Korea, is not one that should be in any jeopardy from the left wing communist Democrats.

California with it's leach population would be well advised to obey federal law, the voting has turned from Republican to communist in California since the influx of millions of illegals.  A coincidence?  I think not and no reasonable person would ever believe that there isn't a huge amount of voter fraud and welfare fraud in California.

" California has come a long way to dig itself out of budget deficits, but the state remains on shaky ground due to nearly $400 billion in unfunded liabilities and debt from public pensions, retiree health care and bonds, financial analysts say."

Not a state that one would hold as an example of good government.

My first inclination is, Americans lost their lives taking California away from Mexico. Why would we give it back? What would Kit Carson think!? But then I realize we have already mostly given it back but it remains a huge liability
Share
Reply