ALL OF YOU NEED TO READ AND SEE THIS...I'M SERIOUS

I've had a long day today, with little done, need to go back to the clinic for more......

I got home, and turned on the tv, and am watching  frontline..........this is the second of a two part series.

Things are not as they appear, as we see.

Warning.....you will be mad and sick both at the same time, at the end of this

Watched most of Part II tonight, didn't see part I, flipping back and forth to WS, didn't make me mad or sick as I didn't hear anything new.  The Obama Administration and main stream / liberal media decided to keep the election meddling secret because they thought Hillary would win, just like they did with the 2012 election meddling.  It backfired on them when Hillary lost the election and now they are whining about Russian meddling in our election.  Seemed more like an MSNBC documentary to me.

Well, yeah but in 2012 I voted for Romney and the Libs yucked it up and now here we are. 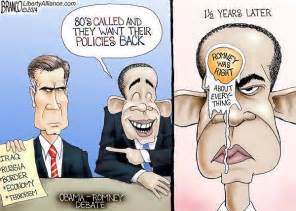 And the answer is? Reset? Sell uranium?

some people will never admit to being wrong

and will just double down.

I was guilty of linking stuff from some of the Russia hosted US dissident stuff but around '13-'14 started getting cold feet- got a feeling that somethin ain't quite right here without being able to put a finger on it.

A small but very telling thing was when the Vlad glamor shots came out and many here went absolutely, head over heels gay over him. It was pretty crude but effective- a lot of pale skin and gunz. A PR firm associated with Manafort did them, I believe.

A lot of the bloggers and such who were used in those operations have also doubled down- they weren't wrong- Hillary was.A nd she may have been but so were they, but they can't cop to it.

Large swaths of The Folk are gone permanently- those referenced in BA's geography and elsewhere- and they're not coming back. Part of the point is, how broad and wide their program
Is.....I would guess they are at work now...but
Against who ?
I believe they have got into the commodity industry.
All these weird stories we get once in a while, or
There is a modest story and it goes nuts.
Do bloggers in agland check their post to see
If "modified"
Remember how they have learned how to knock
Down grid remotely ?
Ever wonder who is pushing the neg ag stories ?

And what about wiki leaks ??

The war has started....and we didn't know it

Quite likely because they knew he would be ill-finfiormed, inattentive and staffed with shady and shadowy characters and incompetents.

Obama’s idealism and quest for diplomacy probably drove them nuts. And Vlad and his cronies being from old White Russian stock very likely having to deal with an “outlander” propably made it a non-starter.

Not Hillary was easily worth everything they could throw at her. Her basic technocratic nature thrown in with her experience meant that she simply knew too much. Or if didn’, knew who did.

I know you are hung up on this 'uranium' story 30 but maybe it is just because you do not have anything else to hang your hat on.

So I came across this article which pretty much repeats what I hear news items on Canadian media saying about this non story about Clinton and the uranium deal.

She had nothing to do with the decision that was made.

Read through this and maybe you will start to understand what actually happened, how it had nothing to do with Clinton and how some 'fake news' stations in your country tried to make something out of nothing.

As I said this says what I have been hearing on our media but is in written format so you can read what reputable media in Canada has been saying.

So why is Trump bringing up this nonsense?

These allegations don't really seem to need to be credible, nor could they likely eventually result in charges against anyone. Hillary Clinton has become a bogeywoman for many Trump supporters, notes Oliver, who readily believe she has sinister motives and extraordinary powers. She's also an easy, intensely unpopular target. So a good chunk of America might believe that she was corrupt and powerful enough to push through a deal in Russia's interests. And if people are talking about that, they're presumably not talking about the accusations against Trump's campaign or the growing investigation into them.

That is the likely purpose of the White House and FOX News's seemingly coordinated campaign to turn the dossier and the uranium deal into top stories—it's a distraction intended to give government officials and right-wing pundits alike an opportunity to counter Clinton, the FBI, the Democrats, and the whole idea that Trump is in trouble.

"I can't remember something that had this much disinformation that was actively being promoted by an administration and a major news organization together," said Oliver.

Re: some people will never admit to being wrong

I seem to recall the insults started by large swaths of The Liberal Folk. Now that the other side is fighting back they run like baby's. This war will be won but it is going to take more time.