Democrats still are looking at the last election as a fluke.  With a myriad of excuses why they lost.

Lots of excuses, yet no acknowledgement that maybe they failed on an issues basis.  You hear next to nothing about the fact that there are indeed issues that are important to a great many and  that Trump use to gain their vote.  If you hear of these issues at all it is only in framing them in the most vile of manners.

While democrats absolutely should make serious gains in federal elections this year, That's just what happens even with fairly popular presidents, the opposition gains.   I don't think democrats can return to the strength they once had as long as they treat the concerns of half of the country with contempt.

The way they are handling this Kavanaugh hearing just might pull defeat from the jaws of victory for their much anticipated "blue wave".  Because when you think about it, this professor lady could not have a weaker case...35+ years ago, no evidence, no witnesses, no police report...and I can easily go on, but the point is if it was any weaker, her and Kavanaugh would`ve never occupied the same zip code at the same time.

I of course listen to a lot of NPR and the liberal callers all qualify what they are going to say by "I don`t want Kavanaugh on the SCOTUS under any circumstances ….but"  then they go on about lack of evidence and the alleged non-penetration "rape" happened 35yrs ago and no police report....they have a weak case and they know it.  All goes back to "I don`t want Kavanaugh on the court under any circumstances....but".

And Joe Average that isn`t a bomb thrower, who could be open to voting Democrat this election sees the ridiculous statements made like "she doesn`t have to prove what happened to her" ect.    Joe Average looks at this and says "what if I or my son or brother or father were in Kavanaugh`s shoes?"    A sensible person won`t want their sister to be in the lady professor`s shoes, however they wouldn`t want their own brother in Kavanaugh`s catch-22 position either.

Blumenthal calls for Kavanaugh to with draw his nomination over a party that no one remembers and not even sure of the year.   While Blumenthal couldn`t recall correctly about the Vietnam War. Bill Maher admits the allegations are sketchy. 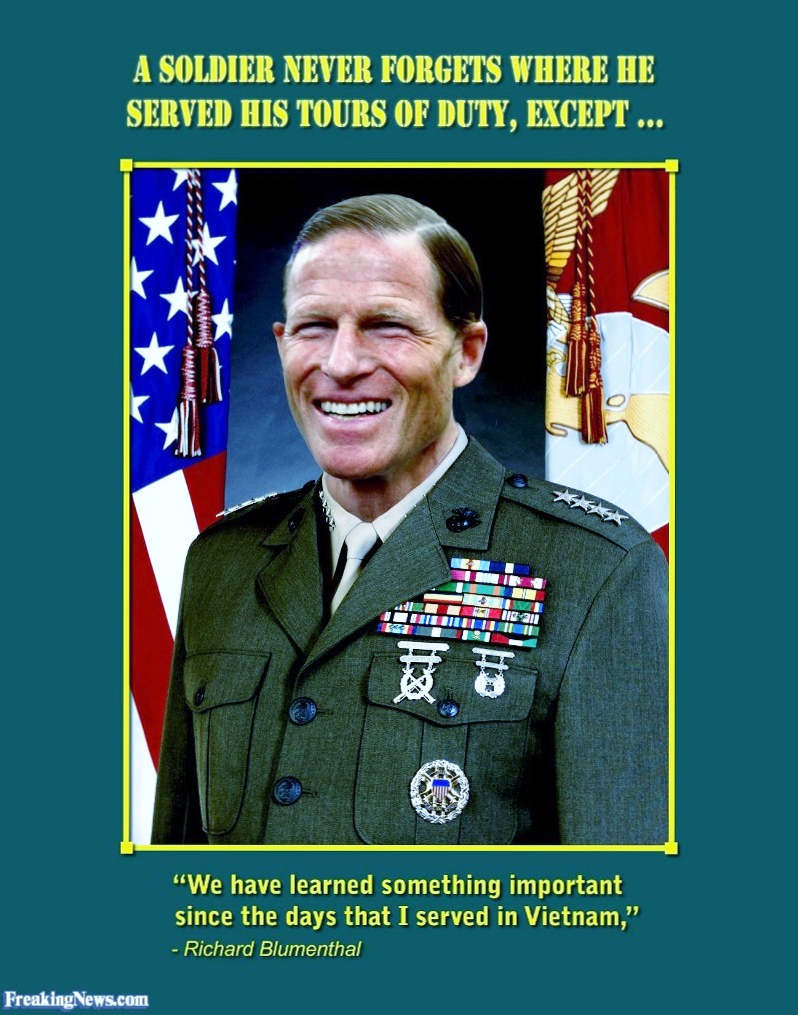 The party of thin air

if the democrats have issues to run on....where are they?

only the deranged coo coo clock woman and the wannabee Vietnam warrior seem to be on board with abortion all the time, anytime as the other liberals here will qualify their support.

deficits? the liberals now claim to be the voice of restraint there.

foreign wars? Trump hasn't started any, like all of his conservative POTUS predecessors except for...GW Bush, a RINO if there ever was one.

on and on....exactly where are the hills the democrats want to die for?

It`s not a dirty word to them anymore, is it?

Dems try to make all hurricanes into "Trump`s Katrina" ...all we`re getting out off the lack of reporting in North Carolina of the cheers when President Trump shows up is the Wa-Po says "Trump told a guy, at least he has a nice boat"...that is all they could criticize Trump on was he told a guy "he has a nice boat".   So they don`t report on the disasters, if it was Obama, it`d be a 2 week steady stream of Obama hugging and crying and all that crap.

I notice, not one ad that I`ve seen is Democrat candidates tying their opponent to President Trump.   I`ve seen ads tying Democrat Dan Feehan to Hillary and Rham Emmanuel.   Wouldn`t one think that if all those 5:38 polls of Trump having "20% approval" that they would tie their Republican opponent to this "unpopular" Trump?  Hagedorn (Republican) is tying Freehan to Hillary, supposedly so popular that she got 3 million more votes than Trump...that`s why polls aren`t what they seem.

The Dems can`t run on the economy, though some are becoming deficit hawks

Taxes? "elect me and I`ll raise your taxes!"

I know this is painting all liberals with a broad brush, Goodness knows there are plenty of liberals that actually have huge hearts and give freely of what they have also, I have been blessed to have known a few.

But "few" is the operative word here.

What I can't figure out is why are these Dems so damn stupid?

I think my point is that democrats act as if Trump is an anomaly that if they can make him disappear all their problems go away.   It just not true, Trump was elected for reasons that exist beyond and without Trump.  making him go away doesn't make the issues go away.

When  they act as if the concerns of a large portion of the population are simply to be denigrated they guarantee their own failure.

more or less true, except for the casual estimate of "half".

I'd say closer to a quarter who are morally opposed to taxation, regulation and most anything that might be construed as a challenge to their previously assumed relative privileges.

The question would be whether they'll consent to being governed or use the trillion rounds of stored ammo that Millie reminds us about.