Beto needs to answer this question

He is selling t shirts with a logo that states " hell yes we are going to take your AR15". Ok Beto, how are you going to take them from those who wish not to give them up?

Robert looks like a beta man....bet he lost his lunch money in grade school all the time.

He is not going to take anything from anyone....total loser.

Beto himself won't but who knows what kind of goons he'll have.

Take our guns?  Beto not.

I can't answer for Beto, but I do wonder how they accomplished it in Australia? Of course it wasn't limited to AR15s.

Do you think it was "accomplished"?  How would they actually know?

Only way to "verify" would be to initially have a list of ALL owners, and be able to track the guns thru any subsequent ownership transfers, to final result.  That wouldn't be possible in the US, unless EVERYONE voluntarily (and honestly) provided documentation of the guns they own, along with who they might have given/sold them to at some point.  Those who have the least to gain, or least to lose, would not comply.

It would be relatively easy to confiscate the guns in the US, if the WRONG people get in power.  They would "legally" pass a unconstitutional law making semi-automatic firearms illegal with a harsh fine AND stiff mandatory federal prison sentence.

That would take the wind out of sails of those of us in the "out of my cold dead fingers crowd".   I mean in our Red Dawn scenarios of having a fire fight against troops in our front yard with a hammer & sickle emblem on their uniform.   It would be a so-called law that was "legally" passed and most of us sheep would comply.  We would pacify ourselves that "Well, they did let us keep our lever action 30/30`s and 870 pump 12ga"....and the slippery slope begins a doped up kid would commit the same slaughter with a legal Remington  shotgun as previously was done with a AR-15. And then they would come for the shotguns too. 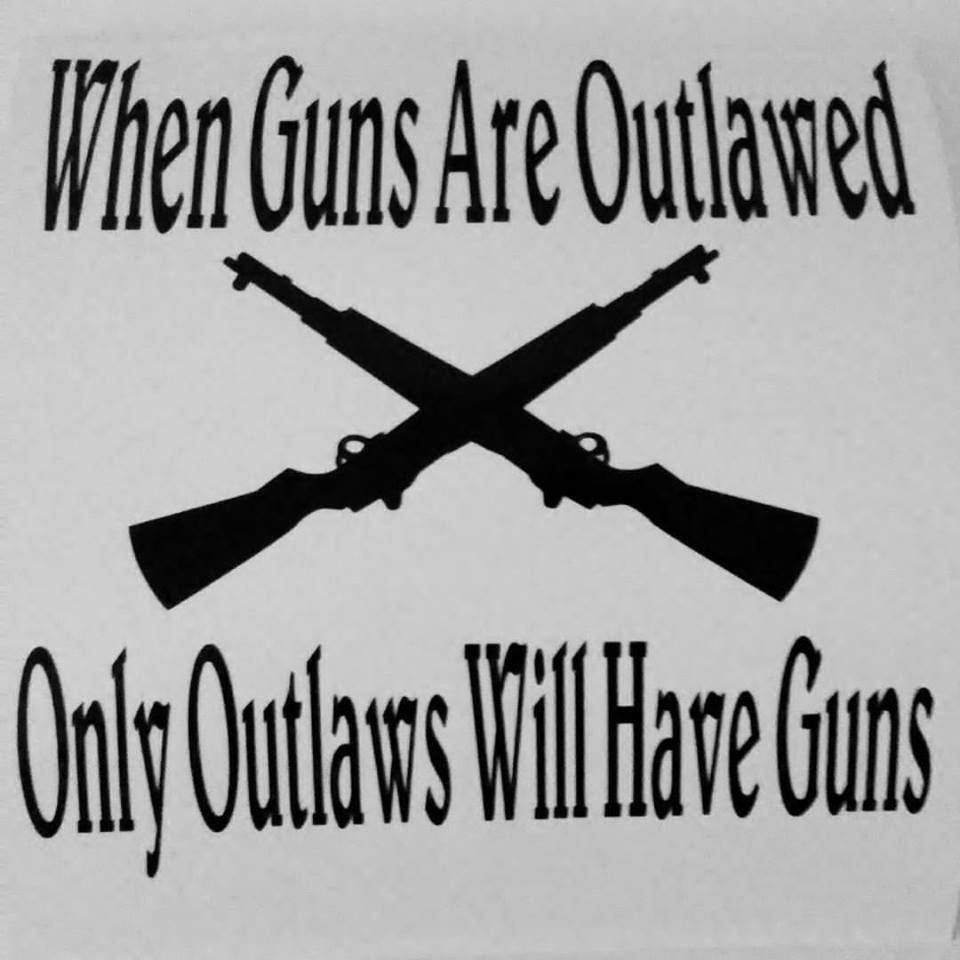 Yes BA, that will make it easy to know who the 'outlaws' are.