Are you righties alright with Citizens United?  How about money is free speech?  Why or why not?

They can't answer until they hear the Drudge / Rush / Brietbart /  fox talking point.

Never thought about "Citizens United", so went to their web site

...what wrong with them?

If you`re worried they run ads against Democrats, there are plenty of rich liberals favoring democrats with their "free speech/big money".   Tim Cook used apple`s clout to blackmail Indiana and Arizona...you libs weren`t too bothered by that outright fascism.

Then you got George Soros the nazi collaborator/funder of Media Matters.  And billionaire Tom Steyer that  never met a Republican that he likes and isn`t shy about putting his money where his mouth is.

Don't play stupid!!  I'm not talking about some repub organization.  I'm talking about the Citizens United decision by the SC!  You know that.

"The Citizens United ruling, released in January 2010, tossed out the corporate and union ban on making independent expenditures and financing electioneering communications. It gave corporations and unions the green light to spend unlimited sums on ads and other political tools, calling for the election or defeat of individual candidates.

In a nutshell, the high court’s 5-4 decision said that it is OK for corporations and labor unions to spend as much as they want to convince people to vote for or against a candidate."

Pretty Obvious what you guys believe

You voted (twice) for a liar that first said he would take public finance money and run on that and then saw that unidentified donors (the Chinese?) were going to donate more to him in secret than what he could get from public campaign coffers so he took every penny that he could.

None of you stooges has a high horse to get up on and claim any sort of indignation or moral superiority when it comes to money on politics.

Re: Pretty Obvious what you guys believe 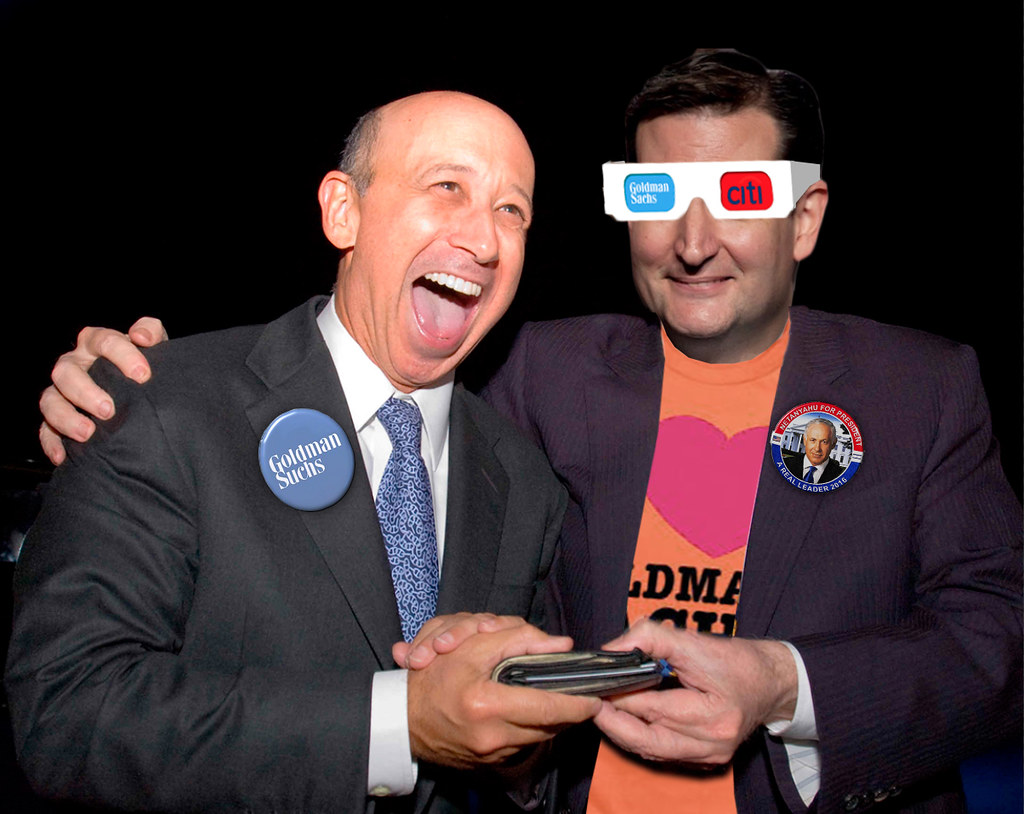 Obviously I don`t like it, but it`s necessary to level the playing field.  Like I say Tim Cook can threaten to remove  Apple`s business in an entire state, because that state doesn`t allow a single baker to refuse making a wedding cake for a certain individual...that is irony, wrapped in irony that is boxed up in satire.  To combat that, I see nothing wrong with Super Pacs, a ad that says "call senator Bob and tell him to do such and such".

Actually, I think we are seeing backlash to money in politics right in front of our very eyes this electionin....Donald Trump.   All the newpeople are against him, all the candidates are against him, no sitting politicans endorse him, corporations ban him, late night comics mock him.  And yet Trump supporters and Trump fed off of that rejection and become even stronger.

Hey how about I deny you the last heat lamp for sale in my store  because my religion says what you do is icky and that I am way better than you could ever be  ???

I know you would  have a sudden case of OUTRAGE but seem to think its just dandy the other way around.

If a store owner or manager doesn`t want my business, I am more than happy to go where it is appreciated. In the case of gay wedding cakes, those few that wouldn`t bake one are so small they were targeted...I don`t care what you say, those businesses were targeted just for mischief, if they were left alone, no gay couple would`ve happened into those bakeries of their own voltion.  Troublemakers went around in search of "non-compliant" bakeries, real gays have their fancy-schmancy big city caterers that are all hip to that stuff.

If a man walks into a bakery and wants to buy "A  w e d d i n g    c a k e "   yes, I agree if the bakery is open to the public and there`s a cake in the display for $39.95 and the guy buys it and says "I`m going to use it in a gay wedding"  that`s one thing.  But to force the baker to make and use his or her artistic ability on a cake that they don`t agree with, there I say the baker has the right to politely refuse...and especially if there`s another bakery in town that will gladly bake the disired cake.

My big problem with Tim Cook was threatening to punish an entire state, because he disagreed with the state`s laws.  He was going to punish every Apple customer in that state..there is no way that is right...oh I know why he did it, just like in the Army if one guy messes up, then the whole outfit has to do double-time on a full pack 10 mile hike, it`s a Pavlov method of brain conditioning....oh you agree with that, but in case someone doesn`t know what the deal was.  It`s fasicism at it`s worst.