BA, that is so much BS!! Trump cares about Trump!! Don't be a damned fool!!

I'm back big boy, if I tell you will you show some respect, I doubt that you would, so keep wondering. Its fun making liberal's realize

there are other view points in discussions besides what they have been told to think...

Basswood, you are such an easy mark!! LOL!! I won't even try to imagine who is telling me what to think. I have been my own man for 75 yrs. I don't need help.

Are you trying to be a farging ice hole?

gt.0, It's still NOT how old you are, or how little you are, but how you apply common sense, and you fell into it with both feet.

Great Orators of the Democrat Party – PAST:
"One man with courage makes a majority." ~Andrew Jackson

"The only thing we have to fear is fear itself." ~Franklin D. Roosevelt

"Ask not what your country can do for you; ask what you can do for your country." ~John F. Kennedy
Great Orators of the Democrat Party – RECENT:
"It depends what your definition of 'is' is?'' ~William Jefferson Clinton
"Those rumors are false. I believe in the sanctity of marriage."  ~John Edwards
"What difference does it make?" (re: Benghazi). ~Hillary Clinton
"I invented the Internet."  ~Al Gore
"America is, is no longer, uh, what it, uh, could be, uh, what it was once was, uh, and I say to myself, uh, I don't want that future, uh, for my children."  ~Barack Obama
"I have campaigned in all 57 states"  ~Barack Obama (Quoted 2008)
"You don't need God anymore; you have us Democrats."  ~Nancy Pelosi (Quoted 2006)
"Paying taxes is voluntary."  ~Sen. Harry Reid
"Bill is the greatest husband and father I know. No one is more faithful, true, and honest than he is."  ~Hillary Rodham Clinton (Quoted1998)
"You have a business. You didn't build that. Someone else did!"  ~Barack Obama (Quoted 2012)
And the most ridiculous gem of wisdom, from the "Mother Superior Moron": "We just have to pass the Healthcare Bill to see what's in it."     ~Nancy Pelosi   (Quoted March,2010 )
(As one Doctor said: “That is also the perfect definition of a stool sample.”)
Beyond a doubt, the greatest statement of all was made by Democrat House Speaker Sam Rayburn at the first Congressional session after Ted Kennedy was caught, on camera, having sex with one of his aides on the deck of his yacht  ... "Ah see that the good Senatuh from the great state of Massutwo*****s has changed his position on off-shore drillin'."
AND THE LATEST FROM THIS DYSFUNCTIONAL BUNCH IS.......
"My fear is if North Korea nukes us, Trump is gonna get us into a war."  ~ Maxine Waters........2017

Cherry pick away, something you guys have a real talent for.
You don’t think we could put up 2500+ quotes of the liar in chief to illustrate what a true sociopathic narcissist sounds like? And that’s in just the last year...
RWNJs parroting the same tired crap-over and over. Come up with some new material.
Share
Reply

Yeah - I saw the sorry post above, same old BS, different day.  Probably just download from an INFOWARS site.  It's obviously just RWNJ propaganda BS, just like most of the rest that they post one here every single day.

These cretins are too intellectually lazy to do much more than post their goofy memes (like the stupid iceberg etc) and gin each other up with their rwnj talking points.
Impressive bunch.
Share
Reply

(These cretins are too intellectually lazy to do much more than post their goofy memes (like the stupid iceberg etc) and gin each other up with their rwnj talking points. Impressive bunch.)

"Where it stands as of today: 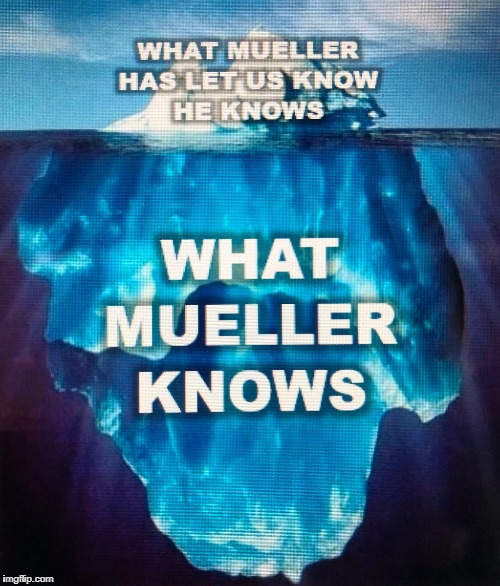 Is this tick tock meme the example of an intellectually lazy cretin that you are you referring to?