Many Republican signs are being destroyed in Warren County Iowa by local Leftists. However, these communist lowlife trash are being caught on trail cams. The courtrooms might get busy, right after the election. 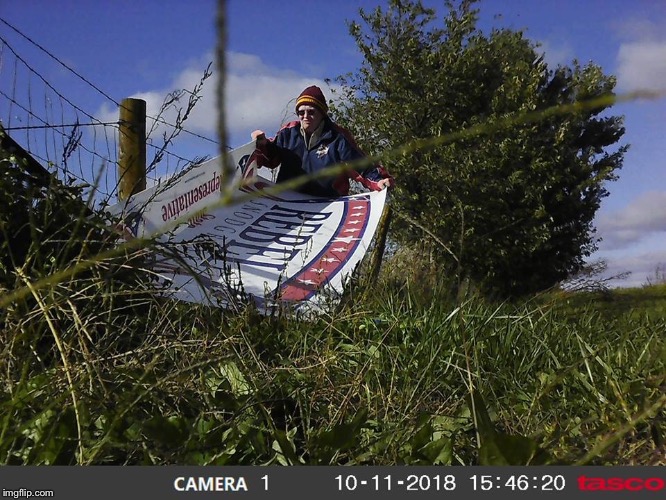 We are, this time at that "fork in the road" never been clearer who is righteous and who is wicked.

If dems get back in power they will double/triple down as using the government as a weapon against the people like they did the IRS and the FBI to steal an election. Bruce from Mn will be their biggest defender and supporter. This is the vision Bill Ayers and the rest of the 60s protesters have always dreamed of.

Hey 3020.  Dems like Bruce, Nox etal are probably intoxicated on their fame...Saturday Night Live has them as the good guys in their skits.  The Bruces and Noxs of 1975 banging prom queens and smoking doobies was harmless fun compared to what the Democrat party has morphed in to.  The was a time when Bruce & Nox`s party would`ve said "I don`t like what you say, but it`ll defend with my life your right to say it".  Fast forward to today and it`s do vandalism and violence.

Maybe it's time to ask them directly.

Just make them Bubba's cell mate. Wait they probably would like that.