Has any dem or main stream media come to her defense?

Rep. Keith Ellison (D-MN) claimed in a televised debate for Minnesota’s attorney general position Friday that his accuser fabricated her domestic abuse allegations against him.

The Democratic National Committee (DNC) co-chair dismissed allegations that he abused his ex-girlfriend, Karen Monahan, claiming Monahan falsified her story and that he is not sure if others would “cook up” allegations against him for political purposes.

Monahan, who posted a tweet Wednesday with a photo of a 2017 medical document identifying Ellison as her abuser, has been dragged through the mud by the Democrat Party since she came forward in 2017 with her allegations against Ellison: 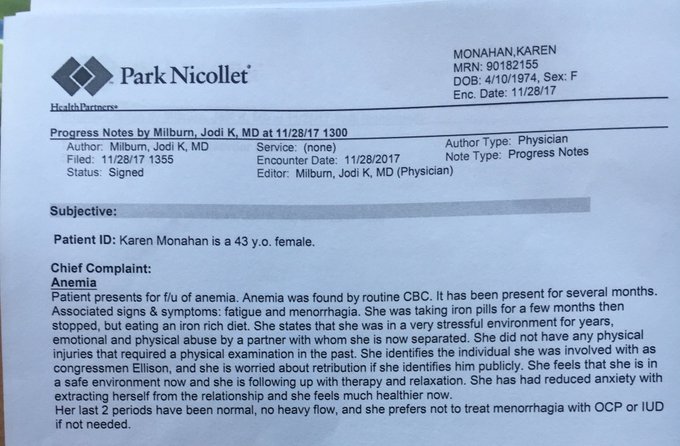 When I post this, it gets deleted every time