His daughter went to a party, with a pandemic raging.  Do I feel sorry for the beach goers in Florida, that helped spawn the virus across the US?  Or the people packing bars right now, or those stupid enough to  attend a Trump rally?   No - sorry - I don't feel sorry for any of them.  They all think that somehow, they are immune to this virus.....that it won't affect them.

And then when they get the virus, it's, "Poor baby - they didn't deserve this".   Tell it to the families of the 120,000 that have already died.  Or to the people who's lives will be permanently scared by the virus.   Or to the first responders that have died, trying to help those that are sick with the virus.

Now that it's happened to someone close to BA, it's suddenly real?   Sorry - it's been real all along, and and those of you on here that have been po-poing it, get what you deserve.  Sometimes you play with fire, you get burned.   BA's daughter accepted that risk when she went to the party.  Whatever happens, happens.....

I would hope people on here would be considerate if you happen to catch the virus. BA and I have spared considerably over the years and doubt if we changed anyone’s viewpoint on here but probably both of us has snickered behind the scenes of the “gotcha” moments.

The people we slam on here expect to be slammed back. None of us will change our opinion, highly doubt anyone from the gov cares about what goes on here.

As for attacking someone who has a personal issue that could be a matter of life or death, petty remarks like yours does nothing but confirms their fears.

You do realize I am on your side on our current administration, just wish you respect others that are going through a family crisis.

As for her going to a party with the pandemic, we were all young and dumb at one point of our lives

Again Jennifer classless. You ought to really seek help

I realize that we are on the same side politically.

If you haven’t noticed though, things have gone far past the behind the scenes “got ya” snickers.

I personally have been threatened on this site, to the point where I have had to spend thousands just to keep myself safe.  I don’t do anything else on social media - my fear is from those on this site - because they can’t handle the truth.

This site is no longer fun and games - it hasn’t been for some time.  I didn’t say anything for a while - along the lines of “if you haven’t something good to say, say nothing.”  Well, I’m not that person anymore.  Not since 4 years ago.  I now say what I mean, and mean what I say.

The warnings about COVID are everywhere.  If a person is too stupid to heed them for whatever reason, then the responsibility is with them.  If BA’s daughter believed the Trump Administration that this is “all over”, then Trump assumes some of the blame.  And of course, so does BA, for probably telling her at some time in the past, “it’s just the damn flu”.

My sympathy is with those that have to treat another victim of COVID, that probably didn’t have to be.

My remarks aren’t “petty”.  It’s just the way it is.  Trump has lied repeatedly to America about this pandemic.  His followers here have lied about the pandemic.  And my remarks, are those that need to be said, over and over and over by every American.

Actions by people like BA’s daughter, ultimately put many more lives at risk.  And I for one, am not ready to say, “There, there, it’ll all be ok”.

Dont you have a bathrooms to guard?

No Jen. This thread is about BA's daughter not you. Lem made a good post and I extend a compliment. That is all. There is room for 49 more threads on this page in which to bash one another. 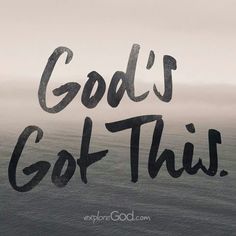 Lemerik, you are a good man, I`ll tell anyone that!

I thought a little bit before I posted this, for some obvious reasons some of which are exhibited in this thread.  But, I assume and hope none of you have someone close  or you yourself have this terrible virus.   I decided to post without a filter (like I usually do  🙂 )  to show you that I have a few bumps along the way like everyone else.  And maybe I can sort of give you a "mouse in the corner" perspective of what someone that is slightly anonymous will face when their young adult child is facing this virus.

And I want to warn you, this bug is more catchy than some of us think, and this is coming from someone that says "suck it up buttercup" on most things.

My Daughter checked in with us today and is doing fine and has had this "damn flu" for a week now.  ..but it could get worse...many other victims of this have a harder time or even die, so it is not something to mess around with.  Be aware though, I`m afraid we`re all going to eventually get it though.  because it spreads from people that don`t know they have it in some cases.

Jen, if you feel threatened by posters on here, then it might be a good time to find another website to follow.  People on here are mostly talk and would hope if we ever had a get together, those same people you feel threatened by would more than likely be the one buying the drinks and telling ya some good stories.

As for BA daughter, there were times we all experienced of drinking and driving or trying pot for the first time. Unfortunately I had a couple of friends killed in their teens because back then we were invincible.  Was she stupid to go to a party while a pandemic was going on, yes she was. But I was just as stupid drinking a six pack then thinking I was okay to drive. I was fortunate as I never wrecked my sweet ride back then.  Can’t say the same for all of my friends though.