Is this what really happened to Hillary?

A new Foreign Military Intelligence (GRU) report circulating in the Kremlin today is saying that United States Secretary of State Hillary Clinton [photo 2nd right] was injured, and a top US Navy Seal Commander killed when their C-12 Huron military passenger and transport aircraft crash landed nearly 3 weeks ago in the Iranian city of Ahvaz near the Iraqi border.

Iranian intelligence agents quoted in this GRU report confirm that the C-12 Huron aircraft is still in their possession in Ahvaz, but will only admit that the plane was “forced to land because of technical problems”. 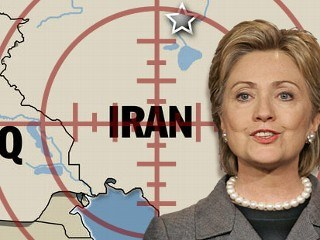 Curiously, US media reports on Commander Price’s death say it being investigated as a possible suicide as he died from what the American Defense Department describes as “a non-combat related injury”.

Equally as curious, US media reports state that Secretary Clinton will return to work next week after her having suffered what they describe as a “nasty bout with stomach flu” and a “concussion” which have kept her missing from public view the past three weeks.

This GRU report, however, states that US military flight logs recorded by Russian air and space forces confirm that Commander Price, and other members of US Navy Seal Team 4, left their base in Urozgan Province, Afghanistan on a flight to US Naval Support Activity Bahrain where they met up with Secretary Clinton and all of them transferred to the C-12 Huron that began a flight path to Baghdad, Iraq.

Within minutes of leaving Bahrain airspace, this report says, the C-12 Huron carrying Secretary Clinton and her US Navy Seal protectors, “without notice,” deviated from their assigned flight path heading, instead, directly towards Iran’s Ahwaz International Airport where, coincidentally, Iranian President Mahmoud Ahmadinejad had previously landed on an “unscheduled” visit. 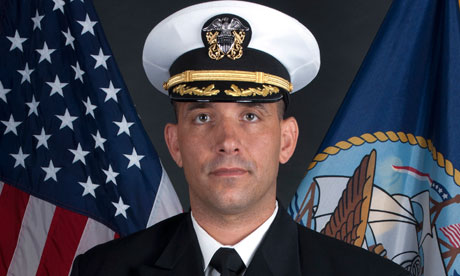 Important to note, GRU analysts say in this report, was that when the C-12 Huron entered into Iranian airspace neither American nor Iran air force units responded clearly indicating that this secret mission was sanctioned.

Upon the C-12 Huron landing at Ahwaz, however, this report says it encountered “extreme turbulence” causing it to leave the runway where its main landing gear then collapsed causing it to crash.

Within seconds of the C-12 Huron crashing, this report continues, Iranian emergency and security personal responded freeing the victims, including Secretary Clinton who was reportedly unconscious and “bleeding profusely.”

After emergency aid was given, GRU agents stationed in Iran state that another US military flight was dispatched from Bahrain to Ahwaz which evacuated all of those wounded and killed in the crash including Secretary Clinton.

Strangely to note, this report says, is that in the aftermath of this crash, Iran’s main oil company announced today that they were buying the Ahwaz airport with the intention of moving it because, they say, oil was discovered beneath it.

To what the Americans mission to Iran was about this report doesn’t speculate upon, other than to note that with the Gulf State Monarchies rapidly approaching a union of their oil rich nations to counter Iranian power, and with President Obama signing a new law this past week to strengthen American borders against threats from Iran, and with the highly-publicized “Velayat 91” Iranian military exercises now taking place across a wide area from the Strait of Hormuz, a new and catastrophic war in this region is much closer to being a reality than many realize.

To if Secretary Clinton’s mission was meant to forestall such a war it is not in our knowing, other than to note, that with the United States continued backing of some of the cruelest dictatorships in the world, our entire planet is but one spark away from a fire that could very well consume us all.

Well.. if all that's true and she actually was seeking to open or expand diplomatic lines with Iran it's OK with me if the State Department or The Pentagon or The Man in the Moon undertook whatever dark-ops,  espionage like or otherwise clandestine measures necessary not to f### that up.  It is sorely needed.

If that's what actually happened, how could they keep it off the news?  That's an amazing story.

I read that a couple days ago and decided it was a farse... I still say she'll be back in about  6 weeks with a brand new face lift, tummy tuck, butt lift and a few lbs lighter.

She fell a few days ago and bumped her head. Doctors found a blood clot in her head and they are treating her for it. I don't think she is much concerned about her appearence.

Kraft must have watched the same news coverage that I did, and I tend to agree with him. I don't think improving her apperance is high on her bucket list.
Share
Reply

No that is not what really happened to Hilary.  As I have said before, you would believe anything the scaremongering repigs flick to you.  I am surprised you still do not grasp what is propaganda and which is truth.

Ok gough, post some facts of this aircraft she was on and maybe I'll believe the story.  Until we have hard facts and evidence of this crash, what else do we have to go on?

I do not have hard facts, like you .  What I have is common sense.  You must be mad to believe all the sh!t which is flung around on here.  Why do you all have conspiracy theories about the dems when something gets up your nose? This thread was started by a known conspiracy theorist and he hasn't learnt a thing.  Like moths to a light, you all gravitate to some comfort words and back up his story with more garbage.  Take a grip of yourself and think about what you are saying before you charge off into the political wilderness and make a fool of yourselves.

She fell a few days ago and bumped her head. Doctors found a blood clot in her head and they are treating her for it. I don't think she is much concerned about her appearence.

I heard obamma hit her over the head with a ball bat.