How To Become A HERO.

This surveillance video shows a Black boy going into a pharmacy with a gun.  He threatens the pharmacist in a very aggressive way (as shown on the video) who then draws his own gun and shoots the Black boy.  They arrest the pharmacist for murder and call the Black armed robber, a hero.  Only in America.

The Black mammy then calls the pharmacist (who was defending his own life and his property) a coward -- then justifies her son's violent criminal behavior.  Aren't you glad that you voted for Black Empowerment now? 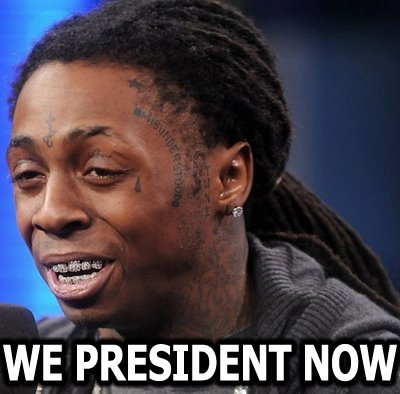 You can really find the most despicable creature to portray black folks. Yet we could put pictures of you or Ollie as examples of the republican party. The face of your party would be distorted and hardly fair. Honest people would not do that anymore than they would label all muslims as islamic terrorists.

They say that beauty is only skin deep but it seems to me that ugly goes clear to the bone.  I'll bet your neighbors think you are a joke.

"They?"  Who are "they"?  The link you provided said that his MOTHER called him a hero and she was referring to him trying to rob a store.  Some more of your out of context lies, Craig?

Kraft, scnurrbart find anywhere, where this situation happens the opposite.  You all keep calling us racists, what do you call them when this happens? Not a one of you prove your point, but you sure as hell make us prove ours.  You are ignorant if you don't think this would be called racist if it were a white person commiting crimes against black.

You all are the race haters, you hate whites.  And shame on you for excusing bad behavior becauise of color.

Re: who would have thunk it?

Gee, two guys go into a store armed with a gun and something bad happens. Then don, as all good democrats do, plays the race card. So predicable.

Which line in my comment excused bad behavior? Perhaps you read something in there that is not in there. I await your response.

Perhaps you need to comprehend who is addressing you and who is not. But then perhaps you are really Milligan in drag which is a distinct possibility. If you are Milligan in all reality, you probably are a racist.

My views are very much in step with Milligans, while I don't agree with everything, I think he hits it right on the head with the race thing, and if that makes him a racist, then so be it, I guess I am too.

I do not pity blacks, but I have to admit it saddens me that a 14 year old has so little hope,  that at that tender age, she already cares nothing of her future.  In reality, she probably never evens thinks past today.  And I find that appalling, I also think the pity they have gotten from bleeding heart liberals like you, has been what has taken a once proud race and turned the majority of them into to slaves of the state.

These people are nothing but trained monkeys who will jump through all sorts of hoops and endure all sorts of breeches of their dignity to recieve a pittance.  They have been taught by the welfare system, you all so defend, to spend lifetimes, no...generations of lifetimes wilting away and being oppressed worse than any slave years had done to them.  And their hate is fostered and festers by their own ignorance of their own situation.

I  have heard all you lefties denegrate the right wingers for what you call their "racists, selfish, save your own a$$" attitudes.  So tell me what have you lefties done for them beside left them rot like a old apple in the cellar.

One of the greatest gifts my Dad gave me was the gift of being self-sufficent and that work is not my enemy, and that living off the sweat of someone else brow, (on purpose) is shameful.  Oh and don't distract from this by saying something stupid like white people do too.  We know that but you go to any bad side of anytown and the majority of that population is black.  Tell me why?  Is it welfare or hard work that makes a person turn to crime?

The two men who were killed in Waterloo by the store clerk when they tried to rob him were hailed as heros too.  They had a candlelight vigil for them and their mothers too said they were heros.  Who the hell thinks like that?

Then why don't you and milligan call a punk a punk and quit showing ugly black people and implying that these were the types doing the bad stuff.  Bad stuff is done by all types of punks and NOT just black ones.

Have to address the last part of your post.  Welfare doesn't have any more or less to do with crime than hard work does.  Where do you come up with that.  The bad side of my home town was not black.  There weren't very many blacks in the small town so the punks were all white.