Interesting evening on the politcal front

GOP just barely showed up in Pa. 12...couldn't pick up dead Democrat crook Murtha's seat. McCain-Betty Boop carried it it by 10 in '08. What's that about?

Foreign policy/corporate protagonist Paul landslide win in Ky. GOP primary, opening the door for a actual political campaign in a Blue state. The nation can't lose on this one, We'll get a good Sen., either way, who will probably hold the people's interest postions first on the really important major issues that we are facing.

Howard Dean was on TV this AM, having a tough time holding in his sheer glee. He said what nobody has had the opening to say up until now...that on the issues that matter the rational roots of the tea party movement and the progressive Democrats are as close to holding the possibility of a working political coalition as anything we've had in a long, long time.  I'm thinking maybe since the Johnson administration, and how it worked with progressive midwestern and New England Republican Senators (for you kids out here...there really were some of those..really, really good and legendary ones) to get a bunch of stuff done.

And as for  wingers...the social and cultural extreme religious based right? They've been a lapel pin for the oligarchial plutocrat right for 25 or so years...used like a rented mule, played like a piano..patronized and pulled in only when necessary....they just moved  from lapel pin to millstone.

It was quite the interesting evening for any political junky...even though it only involved 3 states.

That is funny.  Your ilk has done nothing but insult and ridicule the tea parties, now you want an alliance?    The tea party participants are not likely to join forces with the socialist.  Funny how your post didn't call them baggers for a change.

And Oh, all the participants in the Ky primary (D's and R's) were falling over themselves to get the right to life endorsements.

A dem win in the Ky senate race would just be another dem Obama could buy in a close vote, just like the health care vote.

The most impostant thing is to end Obama's ability to pass legislation.

From Jesse at the crossroads:

I have heard from several sources that there was a general disappointment in Europe and in some parts of Asia at the lack of progress being made in the US Congress towards creating meaningful reforms in their financial system. In fact, there is a widespread belief that Washington is being dictated to by the Banks, and that their lobbyists are directing the conversation, and in many cases writing the actual legislation. The final straw was when the Obama Administration itself sought to water down and block key provisions of the legislation to limit the power and size of the Banks.

That is funny.  Your ilk has done nothing but insult and ridicule the tea parties, now you want an alliance?    The tea party participants are not likely to join forces with the socialist.  Funny how your post didn't call them baggers for a change.

No, actually...I've refered to understanding and supporting the goals on fiscal reform and inefficient, over bloated government many times. Only have been critical of the racism and class warfare garbage, which are part of the face of and are the primary recruiting tools  of the "organization" that you and others can deny, but can't be picked up off of the defacto leadership of Aremy, Tandequero (sp?), Beck, Limbaugh etc. When I hear it from them.......

And Oh, all the participants in the Ky primary (D's and R's) were falling over themselves to get the right to life endorsements.

It's a conservative state...pro-life would be like a deadman switch for anybody's campaign. They aren't stupid......and...wait..I thought this wasn't about that sort of non taxation and limiting of big government issues. Now, just in the space between two paragraphs on a message board, it is?

A dem win in the Ky senate race would just be another dem Obama could buy in a close vote, just like the health care vote.

A Dem win would be one more Democratic Senator. He didn't need to by 57 or 8 of the aye votes that were cast in the insurance reform scrumm.  If the issues are actually what young Dr. Paul will likely frame them to be then either of them winning should be one vote for things like transparency and market settlement for deriviatives and swaps, TBTF and restoration of Glass-Stegal. That's actually been more or less LED by a bagger-progressive alliance already, in the Paul kid's old man and Senator Sanders. I can't beleive that the rest of the members of Congress are going to simply view these results as flukes or anomalies?

The most impostant thing is to end Obama's ability to pass legislation.

Are you saying that you wouldn't want legislation passed that would do those things? Wouldn't want it signed? That it would be good legislation if it came off of the floor but not if it was sent down the street by the White House? I'd bet that they get the paper at 1600 Pennsylvania. Probably have TV and the internet up there too. It may be that the Pres. will now have some ammo for winnin gthe argument with theall of the little Rahm's that are stationed around there.

Europe has been a mess on a parallel rail with us. So this guy is saying that we need to adopt Greece like austerity measures so that the stock traders and investment bankers of Europe don't have to take a trim? As for Obama...the fact that the Obama adminstration  has been and remains wrong on the matter of financial reform is the blankety blank reason that the results of thse primaries and the Pa. election are encouraging. The serious people won.

And if you are dissapoiontd in those results it therefore must be because youdon't approve of them on the tangental cultural and social stuff and that yopur views in those areas overides your long held and very well stated here positions on the need for fixing of matters fiscal. It makes you now appear as a worshipper at the altar of monetarism.That is what that blog piece is about, isn't it? How can they still be pushing such garbage when there are so few fully developed bits left to grab hold of via cronyism, to tear down or consolidate?

When you elect Ron or Rand Paul, or any other true conservative you're getting the whole package, not just a fiscal conservative.  As I've told you before when you act supportive of the type, they stand for little you'd agree with.    They above all else value our constitution.   These people are NOT going in league with the socialist.

Obama is proving to be the most confused mess of socialist, fascist, corporatist and most of all statist, corrupt, bumbling,  America hating fellator.   To see him standing there bobbing his head as the leader of Mexico stands on the White House lawn and slams the laws of our country fills me with disgust.

You're not going to get the financial reforms needed from him (he opposes glass/steegal) as wall street runs that portion of his administration.  Haven't you figured that out yet?  All you'll get is window dressing that the party pump monkeys will claim is tough law.   Just like the Fed audit, and as I predicted you use that sham to pump Sanders, who sold out on the deal.    Just another dem bought off.

Hey Bruce, how do you figure the Tea Party is racist?  I`m not being snotty, I just haven`t seen or heard evidence to that effect. I`ve never even attended a Tea Party so you can`t use that as proof.  :  )

Sanders didn't sell out. He got all that he could. Wants more. This isn't over yet. A tepid finacial reform bill does essentially nothing. Where it needs to go is obvious to everyone out there...it's just a matter now of sorting out the politics for purposes of credit and campaign ammuinition.

A bad bill, carelessly crafted could only make things worse.

As for the Pauls, they are in safe minority on some of those more extreme policy areas so as not to be any more than a nusciance. And they will vote for reform, as far as it is taken. Useful is the best way to describe them.

As it becomes more and more evident that it's the very idea of Barack Obama that bothers you folks who have been vainly attempting to say it's not "that", it's not "this" or "this other thing" that they oppose. That is incredibly weak politcal fuel. And it's easily illuminated.

One more thing...is it going to be the preferred position of the various extreme elements of the far right that we go all jingo on all things Mexico now, as policy?

Good greif. What will be next?

That's all you've got, when presented time and again with the clear actions of the administration as inherent proof of their intentions, all you can do is cry that the attacks are just racism.    A sorry intellect resorts to such childishness.

Re: the racist out in force 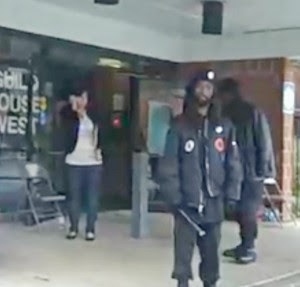 Keep walking, nothing to see here.

What attacks? What are you talking about? By whom on who?

If we were at the old site I might be able to go back through the posts and find out.

If you are really trying to come across as some libertarian purist and not just having picked up some "pop philosophy" to run as cover for your extreme right wingerism you should avoid blowing your cover by sounding so much like Newt Gingrich or Ed Koch or Rudy Guliani.

BTW...your Jr. Senator is doing one hell of a job on this financial reform work. Drop him a line and urge him to do all he can to keep it from a vote until it's actually fininished.