Is MN a failed State?

somehow the media in MN has become complicit in a failure to report on Keith Ellison's domestic abuse allegations.

I din’t Know about anyone else but my vote would be based on the fact that of all the offices I could vote for over the course of election cycles the one where I would vote for Mickey Mouse, Charley Manson or The Man. In the Moon before voting for any Republican would be AG of MN.

I'd expect that sentiment is rather widely shared.

Along with the inherent hypocrisy of the xxxxx grabber and adulterer sittings in the WH.
Share
Reply

And there you have the perfect example of a Democrat.  If Jesus was running on the Republican ticket and satan was on the Democrat ticket they'd vote for satan.

So the treatment of women is not the deciding factor. Here we have a police report. We have photos. But it's always different when it's a progressive. She's just a little collateral damage.

Is MN a failed State?, rhetorical question, of course it is.

So Democrat people vote on what somebody says rather than what they do.  Current example, she says something, so they want a lynching.  He has a lifetime of good behavior backed up by FBI, college girlfriends, highschool girlfriends, coworkers, she has a history of drunken sneaking to parties, mental problems, marital problems and she's the one they believe*.

* Don't really believe her, just want to stop the appointment by Trump.  Most people aren't really that stupid.

Re: Is MN a failed State?, rhetorical question, of course it is.

mn democrats are a "special" bunch, but I imagine you can say the same about the NY, California, and Oregon ones, too.

If Mn would go to a system where the actual taxpayers are the ones voting, there would still be time to save the state. Our social programs attract the free riders from all over the lower 50, and are the reason why equator climate loving Somalians are congregated up here in the frozen tundra.

Re: Is MN a failed State? Indeed. 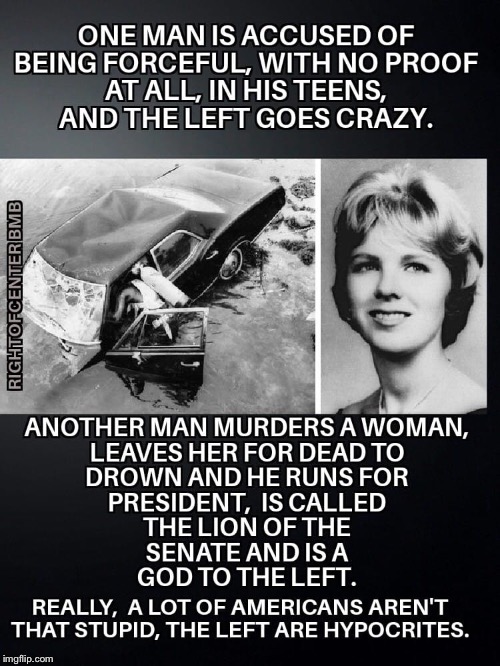 A problem I see working a lot in Minnesota and literally seeing Minnesota "from my porch" is they are too nice, unfortunately even the liberals are nice.  Pastor Brock a Lutheran did a sermon once "Are we niceing ourselves to hell?"  and I think about how popular Amy Klobachar straddles that fence of hugging you and crying with you, but voting to raise your taxes and fight for your "right" to kill your baby all at the same time.

If the obvious evil liberals from around the country tapped into Minnesota nice secret sauce, there would be a real liberal takeover.  I`m probably too nice in real life, but I like to think I love people enough that I`ll tell them the truth, even if it does hurt.

Heard a debate on Minnesota NPR at noon yesterday I think it was Tina Smith and her opponent.  Her Republican opponent lost his father years ago when his store was robbed and his dad murdered, well the Democrat lady showed real genuine sympathy (you don`t see that anywhere else in the country) and then preceded in nicely saying how she was going to take our guns away.   It was funny, he wanted to talk about Ellinson and the moderator kept saying "we`ll get to it we`ll get to it"  when they did "get to it" the Democrat lady said a whole lot of stuff, but I still couldn`t tell you what..Nicely put was "Republicans  should`ve did something but they didn`t but she still supports Ellinson and wouldn`t voted against tax cuts and doesn`t support Kavanaugh"   She could sell snow to the Eskimoes.

the fact that both of these "ladies" are unrepentant abortion supporters makes me think of them as inherently evil people, and nothing "nice" about either one of them.

I hope I wake up one fine November morning and find that Minnesota has cleaned house and put some of the "good" ones in.

Bruce really showed his partisan colors with his post. Nothing "nice" about that person, either.

Schurrbart and probably Bruce kind of "justify" abortion as "women are gonna kill their babies anyway, so let`s make it safe for them" .  A few years ago liberal parents had (maybe still do) idea of "my kids are going to drink, do drugs and have sex, so I`ll be nice and buy the alcohol and condoms and clean sheets on the bed so they won`t drink and drive and practice unsafe sex....hey they`re gonna do it anyway".   If one carries that "logic" further "hey they`re gonna rob a liquor store, I`ll call the owner and tell him to leave the cash on the counter so he won`t get shot.  The woman is going to get raped, she might as well just put up with it and make an appointment for therapy".    That is niceness run amuck.