A nation literally falling apart certainly might want to Build Back Better, but it also might want to consider building back differently, consistent with the signals that reality is sending to humankind these days. For instance, the signals that the old industrial paradigm is coming to an end, and that the furnishings and accessories of it may not be the ones that humankind actually requires going forward.

Alas, the psychology of previous investment tends to dictate that societies pound their capital — if they still have any —down a rat-hole in the vain and desperate attempt to keep old rackets going, and this is the essence of Mr. Biden’s infrastructure bill, a colossal confection of government over-reach with its thin cake layers, cloyingly thick “social justice” frosting, and its giant cherry-on-top of drawing on “capital” that doesn’t exist.

The main racket is the ongoing effort to replace a transactional economy of individual enterprise with the managerial state that attempts to allocate all resources and direct markets. We’ve seen that movie before. It beats a path directly to totalitarian tyranny, and that is already sickeningly visible in the pre-production activities for the new movie, with social media assisting government to set up total control of its citizens lives — actually copying the techniques already operating in China. (And you have to wonder whether we’re doing this on our own or at China’s prompting, considering all the money China lavished on the Biden family in recent years.)

Some pieces of the bill are just plain tragic, like the effort to prop up mass motoring by switching out electric cars for the old gasoline-powered cars that have ruled the land for a century. It’s an appealing fantasy, of course… but the electric car thing ain’t a’gonna happen, not at the scale envisioned, not unless the government plans to buy the electric cars and give them away to everybody, and that’s rather a stretch.

First, the whole mass motoring racket is falling apart more on its financial model than on whether the cars move by gasoline or electricity. Americans are used to buying cars on installment loans, and, with the middle-class withering away, there are ever-fewer credit-worthy borrowers for those loans (for ever more expensive cars). Soon, as the debt markets groan and wobble under the weight of massive new debt, there will also be even less hallucinated capital (“money”) to loan out to this shrinking pool of borrowers.

Second, the decrepit US electric grid can’t handle the charging needs of such a gigantic electric car fleet (and fixing the grid alone would be a trillion-dollar project). Third, the manufacturing of electric cars depends on scarce rare mineral resources that are not readily available in the US, but controlled by foreign nations. Fourth, car-making utterly depends on far-flung international supply lines for parts and electronics in a time when the integrated global economy is cracking up under the strain of desperate competition for dwindling resources and the ill-will generated by that. There are yet more kinks in the electric car scheme but those are enough.

Of course, this whole initiative is in the service of preserving a set of living arrangements that is going obsolete, namely, suburbia. The previous investment represented by all the housing subdivisions, commercial highway strips, malls, office parks, and super-highways pretty much drove the American economy since the Second World War. It’s understandable that we would be desperate to keep it all running, and fix the pieces that are falling apart, because it’s where we put most of our national wealth. It’s the whole American Dream in one nifty package. And, it sure seemed like a good idea at the time, in such a big country, with so much cheap land, and all that oil. But now things have changed and reality is sending us clear signals that we have to live differently. The effort to oppose reality is apt to be ruinous for us.

A thumping sense of triumph attended the roll-out of the Build Back Better infrastructure bill, at least on the Democrats’ side, especially with all the chocolate Easter eggs for “social justice” lodged in the $1.9 trillion basket. I imagine it will mark the Biden regime’s high point of esprit. By the time Congress churns through it all, the financial markets will be sending florid distress signals of deepening instability and, with Covid lockdowns ending (or even if they resume), warm weather will bring out people angry about one thing or another into the streets, and a number of pending legal matters — the Derek Chauvin verdict, the Durham investigation, the Hunter Biden case at DOJ, and perhaps the burgeoning and rather sinister new Matt Gaetz melodrama — will stir the pot that the American zeitgeist is brewing in, with plumes of chaos wafting over the land. By fall, Build Back Better might transmogrify into the ominous question: build back anything?

This blog is sponsored this week by Vaulted, an online mobile web app for investing in allocated and deliverable physical gold. To learn more visit:  Kunstler.com/vaulted

No more Rush, so now you have to use your new propaganda machine, ‘eh BA.   You’re nothing but a piece of crap - just like your former president.

You didn’t give a damn about the people dying with Covid - all you and Trump cared about was keeping the economy up so Trump would be re-elected.   How’d that work out fit y’a? 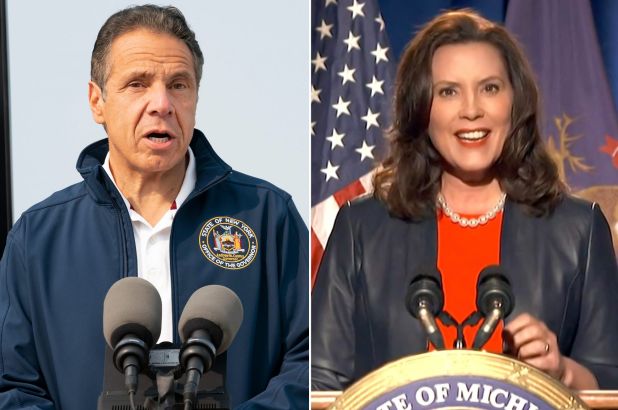 Jimmy kind of tiptoeing toward his old wheelhouse.

So he thinks The Free Market and Capitalism are going to end cars and sprawl?