Let us hope not.

Iowa needs representation and she's likely to remain for a long time.  This could be disastrous for her and for us.  The old media will be attacking her at every turn as they carry the water for Hillary.

I'd imagine this is what you are talking about:

That happening just might provide Canuck with that proof he's been asking posters here for.  That yes, indeed, there is a God.

She doesn't need to leave her seat to go through the motions of running for VP.

For better or worse, she probably has reasonable hope of a political future.

It probably never hurts to claim an elevation of stature for having been considered as a serious contender.

But I'll stick with the speculation that the it'll be someone without one, i.e., Christy or Newt.

Currently running low on bread bags as we're on a low carb diet but can get some if needed.

The paranoia regarding those meanies in the liberal MSM aside, I don't know how quick of a study she is.

Had Dan Quayle had 20 years to immerse himself in all things Washington he probably could have performed satisifactorily- my quess is that Joe Biden is no "smarter."

(BTW, I haven't ever cried in my beer for Dan, when they leaked the news that August morning in '88 I had to sit down for a while just to process who was dumber- the Bush campaign for picking him or him for taking it).

A guy like Franken who can soak things up really fast and spit them back out faster has an advantege if called to do that.

Like I said, I just haven't seen enough of her to really say. But a tall order with substantial risks.

Not sure anybody in the Ag Industrial Complex should be too excited about the prospect. Under the radar is a nice place to be.

One thing about it Wehav, we are so far behind after the last 8 years, we`re going to have to go to a "passing game" or we won`t have any points on the board.

I don`t know if Trump will win or not, but no one can be so blind that they don`t see that it`s either Trump or the gulag, those are the only two choices. Some, (probably too many) apparently like living in gulags as long as they can dress up like women and get married to whoever/whatever they want and have cakes baked for them..seems that`s how many sick individuals define "freedom".

But with Joni, she is tough yet feminine and Trump needs a VP that knows their way around DC and foreign affairs experience...and the all important to winning elections, lady bits.

If she becomes VP Governor Terry just replaces her.  But I know what you mean, you think Charlie Gibson and Katie Curic will highjack her like they did Sarah ♥ Palin.  Sarah ♥ is too hot for her own good and she wasn`t used to going in the den of vipers.  Joni is a Colonel in the NG and tough as nails, she can handle the media.  She took chances with her "pig cutting" comercial and Donald is all about calculated risk taking, I think they can compliment each other.

yep, she is a hottie Re: yep, she is a hottie 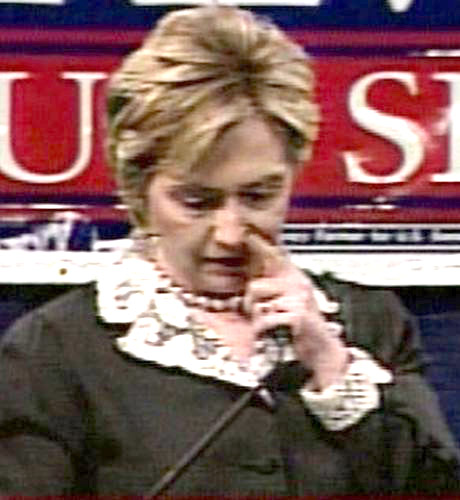