Hey Schnuurbart, can the Left be appeased?    You and I both know that shotguns kill just like "assault rifles" ...sooo, we outlaw bump stocks, magazines over 5rds, folding stocks, silencers, flash suppressers and all the things that make essentially a .22 look scary. Okay a nutty kid picks up a 12ga Mossberg and shoots up his ex-girlfriend`s classroom....then what????  All the boo-hoo cry babies will DEMAND that shotguns be banned, there`s no pleasing or appeasing them.

Once the snowball starts rolling down the hill and they saw how they made us cave on "assault rifles" they will move on the next class of weapons.   I say do not give them quarter, fight them and don`t give and inch or they`ll take a mile.

Here`s what happened to me when I tried to make a sensible deal with the Left...they wouldn`t agree to EVERYTHING they now claim to want in exchange for NEVER asking for more gun control in the future....in other words, they want all guns banned.

Here is what I went through.

...if you Libs will chisel the rest of the 2nd amendment into titanium, disband ALL groups that lobby for further changes in gun legislation.  Since you would further limit my 2nd amendment, it would only be fair that your 1st amendment to lobby against guns would ALSO be limited.

So yes all assault rifles that are scary looking and have a magazine capacity of over 5rds would be outlawed and in exchange NO MORE anti gun groups, no more proposed legislation would be allowed.  And any attempt of more gun control would result in the SAME prison sentence that someone would have for processing an assault rifle.  Would that be a deal you Libs would go for?

I honestly would turn in my Ruger mini-14 and 20rd mags for to be reimbursed for what I paid (only fair) in exchange YOU LIBERALS NEVER EVER, EVER BRING UP GUN CONTROL AGAIN.  I have a strong feeling you Libs would not agree to it, would you care to tell us why?

Bart, you people do not have common sense! 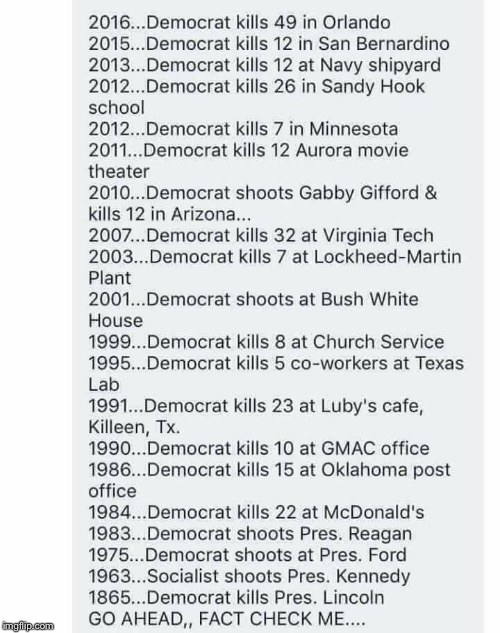