Editor’s note: The opinions in this article are the author’s, as published by our content partner, and do not necessarily represent the views of MSN or Microsoft.

Saturday marks the one-year anniversary of Donald Trump’s inauguration as president – a day some of his critics thought might never come.

On Jan. 20, 2017 it was almost an article of faith for many Democrats and not a few Republicans that it would only be a matter of time before the Trump presidency ended in an indictment or an impeachment.

But despite the Russia investigation by Special Counsel Robert Mueller, despite the unrelenting fury of the princes of the op-ed pages, despite President Trump’s hiring of staff he was forced to fire, and despite his much-criticized tweets, the president is still in charge at the White House. And he appears to be wearing down all but his severest critics.

In addition, the president is racking up enough of the legislative and policy wins that hit voters in the deepest parts of their pockets to make a re-election bid in 2020 look realizable.

The first crack in the wall of Trump denial came in mid-December, when Ross Douthat’s New York Times column, headlined “A War Trump Won,” pointed out that the ISIS caliphate had been shrunk to an insignificant size without sinking the United States into another Middle East war.

Douthat’s observation was followed by never-Trumper and fellow columnist Bret Stephens’ insistence that, despite the collapse of ISIS and other achievements, President Trump must remain beyond the pale because he lacks “character.”

What Stephens didn’t say was that the Constitution does not list “character” as a prerequisite for the presidency, nor do voters necessarily reward it – or punish a perceived lack of character.

The issue of “character” certainly did nothing to affect Bill Clinton, or, for that matter, Lyndon Johnson and John F. Kennedy. Stephens’ attack was a pout, and when pundits turn to pouting, it means they have lost faith in their own argument.

This paved the way for the yet another New York Times columnist, David Brooks, to say what for him was almost unsayable: that people who meet President Trump do not come away convinced that they have met “the raving madman they expected from his tweetstorms or the media coverage.” Brooks warned that people are noticing – especially young people who “look at the monotonous daily hysteria of we anti-Trumpers and ... find it silly.”

Silly is not what a political opposition wants to look like. Yet, as we turn the page on President Trump’s first year in office, the dirigible of anti-Trumpism is assuming an amusingly deflated look.

It actually began deflating in the first few weeks of the Trump presidency, after Antifa thugs gave the “resistance” a self-inflicted black eye and a “Women’s March” made the wearing of funny hats its biggest accomplishment.

The leakage became even greater once President Trump succeeded in getting Neil Gorsuch confirmed to fill the seat on the Supreme Court vacated by the death of Justice Antonin Scalia. In addition to Gorsuch, the Senate has confirmed 22 Trump nominees for federal appeals and district courts, with another 43 awaiting action.

What’s more, as Jonathan Adler of the Case Western Reserve University Law School has said: “The overall intellectual caliber of Trump’s nominees has been as high, if not higher, than any recent predecessor. That’s almost the opposite of what you might have expected.”

And despite an undeniable string of misfires with Congress (especially on the “repeal and replace” of ObamaCare), there are now more grins than grimaces among Trump loyalists from the increasing number of successes the president has scored over trade deals (withdrawal from the Trans-Pacific Partnership), the repair of the crucial diplomatic relationship with Israel, the decline in illegal border crossings, and the economy.

The Dow Jones industrial average has soared from 18,259 on the day President Trump was elected to over 26,000, in what one analyst called “the most doubted bull market of all time.” New jobs created topped 200,000 in December, driving the unemployment rate down to 4.1 percent – the lowest in 17 years.

Anti-Trump diehards will argue that these are not really Trump accomplishments at all, but the last successes of the Obama years. There is probably some truth in that. The reality is, though, that it’s irrelevant.

Every president takes the credit (or assumes the blame) for what occurs on his watch, and harvests the votes afterward. “It’s the economy, stupid,” was once a Democratic battle cry; it may now become President Trump’s.

Let the new tax overhaul put more money in average Americans’ pockets, and let regulatory reform bring the cost of something like a new car back under the $30,000 bar, and the votes will follow the pocketbooks.

If, in addition, President Trump can score even a symbolic victory on immigration his support on both sides of the immigration debate is likely to increase. One example of a victory would be to swap protection for DACA recipients (illegal immigrants brought to the U.S as children) and a “path to citizenship” for a border wall and the end of chain migration.

There are other promises President Trump has yet to fulfill, especially on education and, most important of all, to the African-American voters who were indifferent enough to Hillary Clinton to stay on the sidelines in 2016. If any of those possibilities become realities, we may not be talking about a Trump presidency, but a Trump era.

Oh, how I feel sorry for you, BA. when you find out you've been suckered. But, don't feel bad, you aren't the only one, there have been many before you that Trump has taken to the cleaners. I know you won't like it, and you won't read it, but I just thought you should know the truth is there if you should like to know it.

Hey GTO, how have you been?   Okay, I read your "debunking" list and encourage everyone to read it, it depends on what color your glasses are.   The best example to show how partisan and outdated the list is, here is a paste of the Snopes take on the stock market...little out dated, is it not?

The stock market can be fickle. As of April 29, the Dow Jones Industrial Average was at 20,940.51, 6.12 percent higher than when Trump took office — positive movement, unquestionably. That number had risen to 20,981.94 by 16 May, then plummeted 372 points the next day as the market was shaken by news that Trump had shared classified information with Russian diplomats in the White House and attempted to divert FBI Director James Comey from an investigation of Trump’s alleged ties to Russia before he fired him.

I've been great, BA! Thanks for asking.

Sure it's behind, but I don't think it matters that much, as the Stock Market has nothing what so ever to do with the average American. It's nothing but a bunch of paper shufflers, making the administration feel good. Lord knows they can use something. Everything they've touched so far has turned to large stinking piles of manure! LOL!!

Even my liberal nephew begrudgingly stated that Trump is exceeding expectations, especially on foreign affairs and the economy....but but  but.....what about Stormy Davis?

at what point do the progressives start laughing at themselves?    Never?

Yeah, that "impending disaster" we`ve been hearing over a year now hasn`t come to fruition...I really can not keep up with all the liberal`s allegations, I`ve all but given up, let `em get even more ridiculous, all that`s left is to accuse Trump of actually being Peter Lorre in disguise.

What liberals are doing is dangerous, because what if Trump really is a bad guy and there is a legitimate scandal one day?  I`ve heard "Wolf!" cried that always ends up bull crap, I`d never believe a scandal at this point.   Liberals & media= zero credibility.

Pay no attention for that set of sealed indictments. 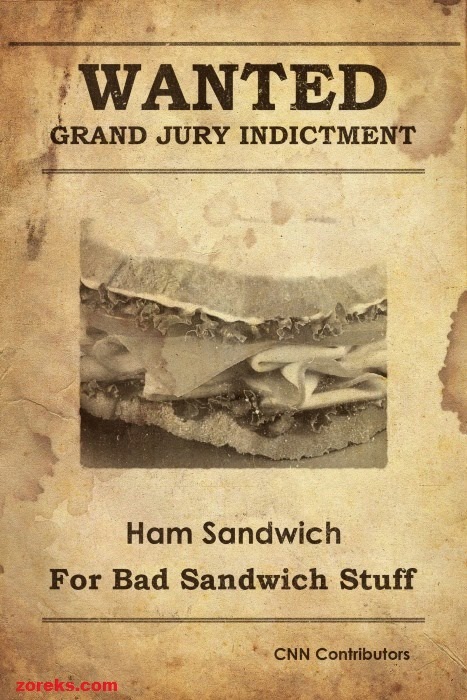 Bruce kind of reminds me of us normal guys back when we were questioning how Obama ever got in, and how long before he got removed. The worst will be when the 2020 election is over, and Trump starts his second term. You just know he will get to appoint at least two more stellar Supreme Court Justices.

What goes around, comes around.

I wouldn't start rubbing your hands together in glee, just yet! I'd like to  remind you guys of some statements der Leader made, not that long ago.