I saw an amusing story on the news last night.

Seems the state run news paper in Egypt doctored a photo of middle east leaders walking with Obama down a hall at the White House so that Egytian president Mubarak is shown to be leading the pack when in reality Mubarak was walking at the back of the pack.  Does Egypt block access to the web similar to China?   One would think it would be more embarrassing when the truth is revealed then having the Egyptian people know their president was a step behind the others.  Reminds me of the video a few years back when during another middle east peace conference when Arafat refused to walk through the door before the Israeli leader or when Reagan refused to wear a coat when he got out of his car to meet Boris Yeltsin who was all bundled up on a cold winter day.  Oh the games children play. 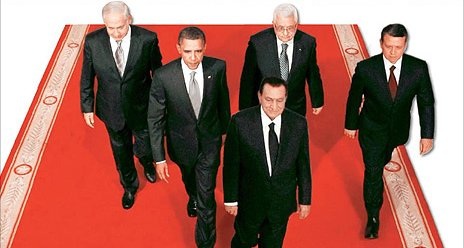 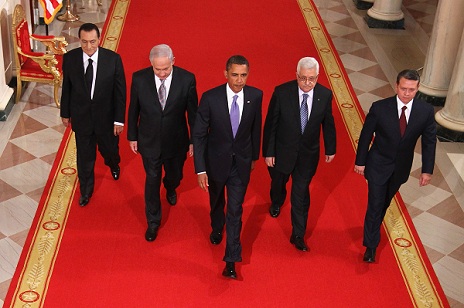