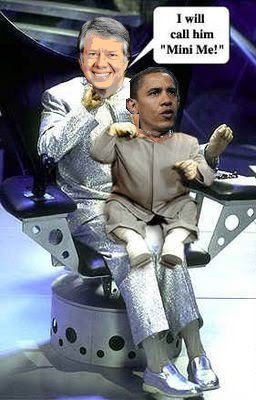 Bedeviled by a sluggish economy, the White House announces yet another government program, this time to aid business startups. Do they really think this is how companies spring up and jobs are created?

With 7.2 million jobs lost since the recession began in December 2007 — and 1.8 million gone since the "stimulus" was passed in March 2009 — the best the administration can come up with is $2 billion to fund entrepreneurs in "high-growth" industries.

Led by AOL co-founder Steve Case and aided by hundreds of millions in matching funds from companies such as Intel and IBM, "Startup America" in some ways sounds good. It does, for example, eliminate capital gains taxes on some small businesses, something IBD itself has advocated for years.

Unfortunately, it does much more. And in so doing it again underscores how Democratic administrations think that government — not the private sector — is the engine of growth. This is, after all, an administration that sees an endless series of "sputnik moments" requiring government to use taxpayer money to intervene in the private economy.

In a $14 trillion economy, the $2 billion promised for Startup America is peanuts. But that's not the point. The point is PR — make it look like you're doing something when unemployment is 9.4% and 30 million people are out of work or working part-time.

The White House plan targets those it thinks need the most help — so-called "clean-tech" startups, minority businesses, businesses owned by veterans. Nothing against them, except that government is again trying to pick winners. In other words, this is just industrial policy masquerading as a program for entrepreneurs.

True, $2 billion isn't much when you consider the U.S. budget deficit will exceed $1 trillion a year for the next decade, and that federal spending will run close to $47 trillion over the same stretch.

But history clearly shows that government intervention in the economy doesn't work. It wastes resources, kills jobs and replaces individual initiative and genius with bureaucratic dictates and mass "plans."

Here's a plan that will help all Americans, including entrepreneurs and small businesses: Get government out of the way and let markets determine who wins and who loses.

Government "out of the way" is what got us here. Deregulation of finance through repeal and changes in laws and a total refusal or negligence or criminal intent, whatever, to enforce what is on the books in terms of regulation got us the financial meltdown of 2008.  That being the primary factor in having determined the state we are in. Banks and corporations sitting on money that was created out of thin air, assets over marked with the blessingof the accounting regulators, having no tie to anything productive or forward looking. And now monstrous interests wanting to get their paws on what they seem to believe is ther rightful share of the Monopoly money and watering the rhetoric down to some common attack on the day to day working, awkward and inneficient as they may well be, elements of government. Fix that...and we must...but don't continue to sanction and enable larceny.

There is a pinhole in the aircompressor tank Craig. It's a waste of time and energy trying to make more of something of which there is no more "more" to make. But the masters of it all seem to be able to keep little people, woodcutters and family farmers and tradesmen all, humping for more transfer of what little funny money that there is left over to them.

I don't have any idea of the Obams crew get it or not. They have not shown that they have. But praise Jesus that the same branch isn't in the Whithouse that is running the U.S. House of Representatives. That's not a wide buffer, but its' something. Might buuy us some time. At least hold the infliction of carnage to indirectly brought about, as opposed to punative and summary.

Craig, your just pizzin' in the wind! That bunch of people you have put your faith in are nothing more than shisters! Get over it, they're liars and crooks.http://groundsforappeal.ihookitup.com/republicans-show-how-little-they-care-for-their-constituents-g...

"Praise Jesus"  -  I wish you would have bought old JC up earlier.  He could have performed a miracle and poof - all is gone. What the hell has Jesus got to do with it.

I love the way you have so cleverly evaded the temptation to appear an intellectual, true to your word in every sense.  THAT is fun.

"And in so doing it again underscores how Democratic administrations think that government — not the private sector — is the engine of growth."

Not sure I can completely agree with that since in this case the government is trying to help create new private businesses to help boost our economy and create new jobs.

While I admit to having a some what cynical attitude about governments being efficient and effective in many things they attempt I do think that making  funds available to help entrepreneurs try to turn their dreams into reality at a time when many banks may be hesitant to loan money on new unproven ventures could be a worth while cause that could pay dividends.   I'm thinking it has to at least be better then more bail out gifts to large banks that helped cause our big problems in the first place.

I would especially like to see an emphasis on helping to promote and create new energy technologies before we get any further behind the Chinese in that regard.  We would look pretty stupid if some new energy break through finally allows us to cut our dependence on foreign oil only to become dependent yet again and be stuck buying our new energy or associated technology from China or someone else.

Kind of silly for us to havest the wind for clean energy but have to import the equipment from half way around the world.

Don't you think we could have been energy independent decades ago if the choice had been made? If foreign oil had been taxed to pay for the US military presence in the Middle east, we would have found domestic sources of energy a long time ago.

Instead, we kick the can down the road, amassing huge federal deficits, and our kids will pay for our SUV's.

Agreed Red.  Our government has kept oil cheap just as they have done with food so there has been little incentive to develop new energy forms.  I also have to wonder if our government hasn't for years sought out foreign oil so as to keep our own oil deposits in reserve so they would still be available in case the world oil supplies some day became tight or in case of wars or conflicts crippling our ability to import oil.

I don't think our government has kept oil cheap even though they might prefer lower fuel prices. The reason we are importing oil from around the world is because it is cheaper. The oil industry is always seeking lower cost crude. That is why you often see domestic pumps not pumping because oil companies will not pay the price to pump it.

It much more profitable to ship in high quality crude from foreign sources than to harvest the domestic stuff. Oil companies today have thousands of acres leased but untouched. They aren't drilling in those areas because it costs more than those wells where it squits out of the ground to you.

My son in law is active in the oil industry designing and installing computer controlled valves for the oil fields. They have a big contract in North Dakota and he flies back and forth.

What do you think about the Cheney energy bill that exempted the oild companies from the clean water act? Now the yokels are finding their private water wells contaminated with Natural gas. That is really something when they put a lighter beside the tap and the gas ignites coming out of the spigot into the kitchen sink.