that's not what the CBS (communist broadcasting stations) are reporting this morning. They say that the new Italian leader is a direct descendent of Mussolini's fascist party.

Also, not a word about Merrick Garland's latest raid on a US citizen, this time for defending his 12 yr old son and pushing an antagonizer (no injuries, state dismissed case), at an abortion baby killing clinic.

Lots of stuff on Russians opposing conscription and threatening to use nuclear armaments, though.

Question, how do they find guys as skinny and devoid of muscle, and women with forearms that look like they could arm wrestle me into oblivion to be on CBS morning news?

Have you ever noticed how anything not specifically far left as defined by the American MSM, Silicon Valley, or Washington, DC power elites becomes far right by default?

On the other hand, no one among these influential actors would ever dare to describe anything about the Biden Administration as being...well...far left. This would include the Administration’s endless printing of paper money, the nationalization of a climate change energy policy, the ideological weaponization of our DOJ/FBI in order to punish political opponents, the employing our US State Department & CIA to promote and pay for a strategically meaningless war in Eastern Europe, and finally, the declaring a national emergency in order to force useless vaccine mandates upon a mostly compliant population while shutting down their public schools.

So, Italy has now gone far right, we are told? What then, are we here in America these days?

Our Nox has obviously died

Only wish I knew where to send a card and flowers

.. the government did arrest one of you anti-abortion thugs who beat up a 72-year-old patient escort outside a clinic recently when the 72-year-old attempted to shield two patients trying to enter the clinic. The old man's injuries required medical attention.

273 people shot in Chicago this september, no FBI. 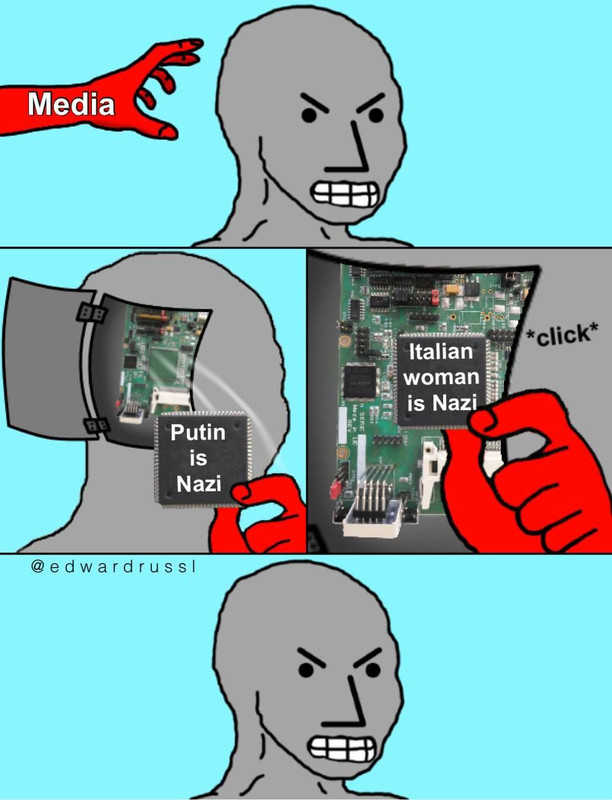 (Our Nox has obviously died)

Ain`t "Dave" driving graincart for his boy?  He`ll be back.