Snapped a screenshot earlier today but didn't have time to upload it until now. 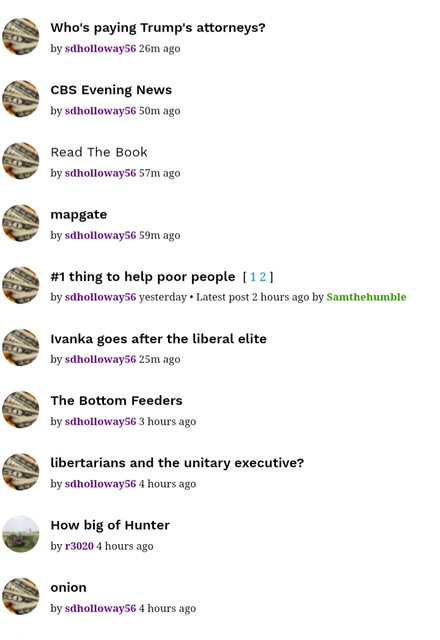 Been in transit most of the day since the middle of last night.

Finally got my feet up and a chance to read through nearly all of the posts her except for those by a couple of posters I don’t generally waste my time on.

Am confounded by what it had to have to been that was determined or revealed that gives you, Red and others this sense of assurance that every character who plays a part in the script of every Q, Solomonite and Dobbsian scandal and theory is suddenly facing some summary comeuppance. What was the tipping point?

Hopefully he is covered under his wifes insurance for mental health.