Reads like the who is who of the rich and elite. Obama and the weinercrats are truly the party of the rich, by the rich, and for the rich.

The Blue Room event, first reported last week by The New York Times, was not on Obama’s public schedule. Obama aides have noted that the public schedule does not list every meeting Obama has and that he is the first president to pledge to disclose the names of nearly all White House visitors.

Here’s a partial guest list for the meeting (POLITICO added the affiliations and descriptions):

Thomas Bernstein, co-founder of Chelsea Piers, L.P., and chairman of the Holocaust Memorial Museum in Washington (appointed by Obama in September 2010); and his wife, Andrea Bernstein

Mark Gallogly, co-founder of Centerbridge Partners and a member of the President’s Economic Recovery Advisory Board

Michael Kempner, CEO at MWW Group and a member of the White House’s Council for Community Solutions

Margo Lion, of Margo Lion LTD, co-chairwoman of the Obama’s Committee on the Arts and Humanities

It looks like a Dale Walker list of the upper crust "we're better'n you" limousine liberal snooty snob crowd that the DemoKratiç Partei is now.

I would rather take the down to Earth, regular folks like you would find in the Tea Party, any day. 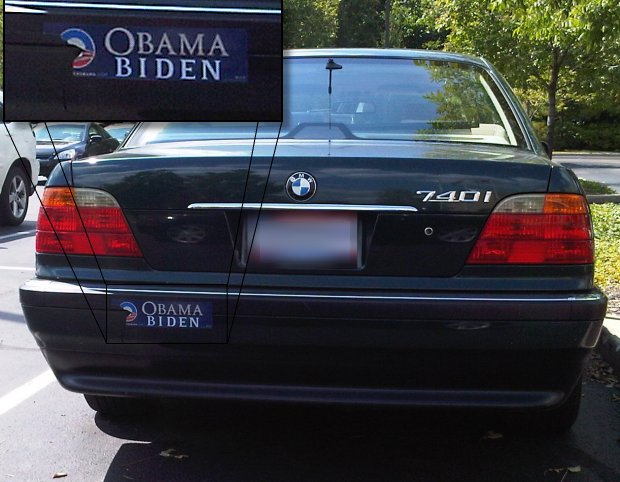 On Thursday at Fort Drum, the president told troops from the 10th Mountain Division that he previously "had the great honor of seeing some of you because a comrade of yours, Jared Monti, was the first person who I was able to award the Medal of Honor to who actually came back and wasn’t receiving it posthumously.”

Is this man that cold of heart he forgets? Or, is something else going on.

Let's see, now. Your saying anyone driving a high end car should not be contributing to the Democrat party? That only lowly rotten hog stained hay sellers contribute to the Republicans. Sounds about right! God, you people are pathetic!! LOL!! It's no wonder your party is going to take a bath of mythical propotions, with the kind of silly, childish propoganda your spewing!! You guys a joke!!

No GTO, the rich should and do contribute to the weinercrat party. They are the party of the rich.

When I read things like this i find it bad and unforthune to happen for miss speaking and thats what it is.   But what is  realy disgusting Is what THe Bush  Adm along with Rumfeld did to the Tillman family by  lying about Pat Tillman death.  What did that cause the family in the form grief and cost and recieved no apoloigy From Bush or Rumfeld.

You just proved how clueless you are. I guess you haven't even got the brains I had credited you with. You aren't paying attention, my friend, wake up! Look who is protecting the wealthy, with tax cuts, and loop holes? It ain't the Democrats. The Democrats know how we got into this predicament, the Republicans know, they just can't do anything about it.

Or. quite possibly while somehat so..

Yet even now we don’t seem to have learned the lesson that unregulated greed, especially in the financial sector, is destructive. True, most Democrats are now in favor of stronger financial regulation—although not as strongly as is required by the continuing manipulations by large financial institutions. But today’s Republicans remain firmly attached to greedism. In their view, it’s still government that’s the problem. It has now become orthodoxy on the right—despite overwhelming evidence to the contrary—that Fannie Mae and Freddie Mac, not Angelo Mozilo and Countrywide Credit, are to blame for the subprime mess. While proclaiming themselves defenders of the little guy, Republicans are currently hard at work undermining the Obama administration’s consumer protections that would largely prevent a replay of rapacious subprime lending.

I'd actually imagine that both books are quite good. Anybody from any perch finally starting to document and name names is a welcome step.

If fannie and Freddie were the problem then the losses should have been contained in freddie and fannie and the US treasury their guaranteer.

Government didn't make the wall Street financiers into theives that commited fraud on home buyers and innocent investors. Selff regulation would have prevented it if there hadn't been so **bleep** much money to be made. Why would you want to blame government for financial excesses by the banks and the market..