Hmm maybe the net effect will be for Americans to quit filling their lives with cheap junk they use once, if ever. It may be hard on the garage sale industry.   Fewer infomercials selling cheap worthless gadgets might be an advantage

Have heard some border businesses in Canada expect to see an increase in cross border shoppers.

Tariffs do not apply on Chinese goods coming into Canada and then our $ is lower too.

BTW a market adviser here was saying we have a $40 a tonne extra on our soys right now because of the trade war between the US and China.

Will help with our vacation plans.

Of course we're currently cushioned a bit by Keynesianism for the wealthy and MIC.

But it does highlight the possible conundrum whereby post-communist semi dictatorships are more agile in managing "capitalism" than we Adam Smith folks are.

The last bit was a joke but makes an additional point- of course we're entirely corrupt and are cannibalizing our economy to enrich the wealthy at an accelerating pace and far removed from anything Adam Smith observed..

BTW, that switch that went off in the late 70's-early 80's (the end of the Good Old Days) was actually, more than anything else, the rise of Japanese nationalist Buddhist business culture that beat us in a lot of ways.

The notion that the trajectory of Japan would run forever proved false but the changes in our economy are permanent.

Oh "Trump would lose trade war"?   Has that fricken idiot author read a financial page in a newspaper the last 20 years? 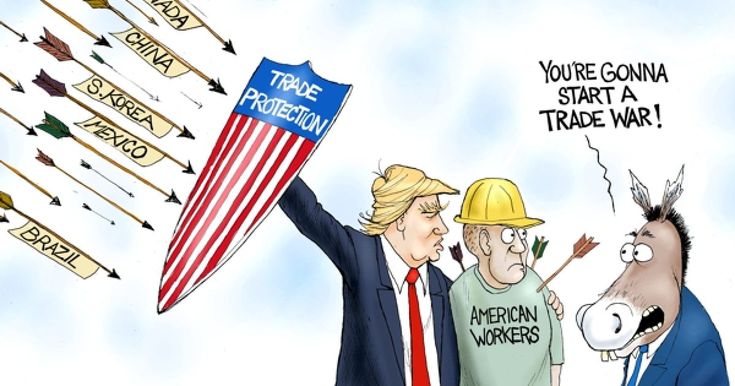