You know how people go around these days seemingly talking to themselves because of their hands-free phones?   well, I overheard a trucker talking to someone about a plot to blow up Mt Rushmore.  I hadn`t heard that scoop yet on the news, so I poked around the internet and found this story.

Teddy Roosevelt was one of America’s most beloved presidents. His two-term presidency ushered in the century of American greatness. He was a conservationist and a naturalist, he was the personification of the anti-trust policies and the Progressive Era policies, for heaven’s sake, he is up there, carved on Mount Rushmore together with the three other most beloved presidents, George Washington, Thomas Jefferson, and Abraham Lincoln.

And all of that glory is now being disregarded because of sculptor James Earle Fraser’s romantic notion of flanking the immortal Teddy with members of two other races in America, who didn’t get to ride the horsie, too.

Mayor Bill de Blasio, who not long ago issued a proto-pogrom threat to the Jews of New York City, said in a statement Sunday: “The American Museum of Natural History has asked to remove the Theodore Roosevelt statue because it explicitly depicts Black and Indigenous people as subjugated and racially inferior. The City supports the Museum’s request. It is the right decision and the right time to remove this problematic statue.”

A couple of weeks ago, I wrote in this space that culture and cultural policy are led by “the frenzied marriage of mob rule, political appetite and corporate greed. And those three – the zealots, the politicians and the corporations, be they motivated by sex, race, religion or money – are capable of flattening our cultural landscape in a matter of months. It all depends on how many bulldozers and c-4 packages they’ll muster (When You Take Down ‘Gone with the Wind’ You Usher in ‘Fahrenheit 451’).”

This was not an exaggeration.

The NY Times reported Sunday that “last week alone, a crowd set fire to a statue of George Washington in Portland, Ore., before pulling it to the ground. Gunfire broke out during a protest in Albuquerque to demand the removal of a statue of Juan de Oñate, the conquistador of New Mexico. And New York City Council members demanded that a statue of Thomas Jefferson be removed from City Hall.”

Is there a point at which a grownup will stand and tell these mad erasers of our culture, as Joseph N. Welch told another mad cluster of philistines, Senator Joe McCarthy’s Senate Permanent Subcommittee on Investigations: “You’ve done enough. Have you no sense of decency, sir? At long last, have you left no sense of decency?”

In a parody on grace and benevolence, the 26th president’s great-grandson, Theodore Roosevelt IV, 77, a museum trustee, welcomed the toppling of his great ancestor’s statue as if he had been some despot in Baghdad: “The world does not need statues, relics of another age, that reflect neither the values of the person they intend to honor nor the values of equality and justice. The composition of the Equestrian Statue does not reflect Theodore Roosevelt’s legacy. It is time to move the statue and move forward.”

The Hebrew adage calls this kind of descendant “vinegar issued by wine.” The English adage describes an apple falling way out of range of the tree.

Here are some facts about Teddy Roosevelt: in 1894, the newly elected mayor of NY City, William Lafayette Strong, a reform-minded Republican, offered Roosevelt a position on the board of the New York City Police Commissioners. Roosevelt radically reformed the police force. He implemented regular inspections of firearms and annual physical exams, appointed recruits based on their physical and mental qualifications rather than political affiliation, established Meritorious Service Medals, and closed corrupt police hostelries. And he made a habit of walking officers’ beats late at night and early in the morning to make sure that they were on duty.

Jacob Riis, the Evening Sun newspaper journalist who was opening the eyes of New Yorkers to the terrible conditions of the city’s millions of poor immigrants with, among other publications, his immortal book “How the Other Half Lives,” described in 1894 the impact his book had on Police Commissioner Roosevelt:

When Roosevelt read [my] book, he came… No one ever helped as he did. For two years we were brothers in [New York City’s crime-ridden] Mulberry Street. When he left I had seen its golden age… There is very little ease where Theodore Roosevelt leads, as we all of us found out. The lawbreaker found it out who predicted scornfully that he would “knuckle down to politics the way they all did,” and lived to respect him, though he swore at him, as the one of them all who was stronger than pull… that was what made the age golden, that for the first time a moral purpose came into the street. In the light of it everything was transformed.

It can be safely stated that no man has ever done more to reform the police in the United States than Theodore Roosevelt. The list of his accomplishments is huge, and I would suggest that of the four men depicted on Mount Rushmore, Teddy Roosevelt was the most vibrant reformer, the man who took Washington’s strike for American independence, Jefferson’s immortalizing of the law in America, and Lincoln’s brave stride for equality and justice and galvanized them into the most remarkable century of American glory. And he began his illustrious career by changing the core of power in the city.

He did exactly what the nincompoops who now take down his statue say they want: he reformed the police. But they don’t even know it. All they see are the black and Indian guys. Alas, the fools who take down his statue will never produce a leader the likes of Teddy Roosevelt. And they’ll never carry out the reforms they so heatedly advocate. Because it takes a Teddy Roosevelt to do that.

God save the declining United States of America.

“God save the declining United States of America.“

That’s just the point, that you refuse to see.  WE ARE NOT THE UNITED PEOPLE  IN THAT STATEMENT.

He has encouraged police violence and brutality.  He has attempted to “silence” the media - the watchdog of wrongdoing in America, while at the same time “rewarding” far Right Wing entertainment hosts, with medals.  He has “destroyed the fabric” of America, where our allies no longer are sure that America can be trusted.  He has ruthlessly abolished our clean air, land and water agreements, and has hung out the “Open For Business” sign, uncaring of the impact that these “decisions” will have on further generations.   And he still thinks, coal is “clean”.

He has decimated the financial well being of America itself, and his policies have ensured, that those with the gold, will continue to make the rules.

He has yet to show his taxes - even though another election looms.  Why is this man even allowed on a ballot anywhere, when he has not completed the vetting process from his first election?   Why?  Because he is “protected” by the Senate, and his base, the likes of which you see on here.   These people are the “minority” America, and it’s time to show them the road...

How many deaths in America are you responsible for now BA, with your “It’s just the damn flu” rhetoric?  How many?  Maybe even your own daughter, will be added to the death toll you are responsible for.

I, of course, offer no forgiveness.  I’ve seen no apology to America.  Oh that’s right - Republicans claim no responsibility, or offer apologies, to anyone for anything.   They only accept their own pats on the back, when they think things out of their control, have gone right. 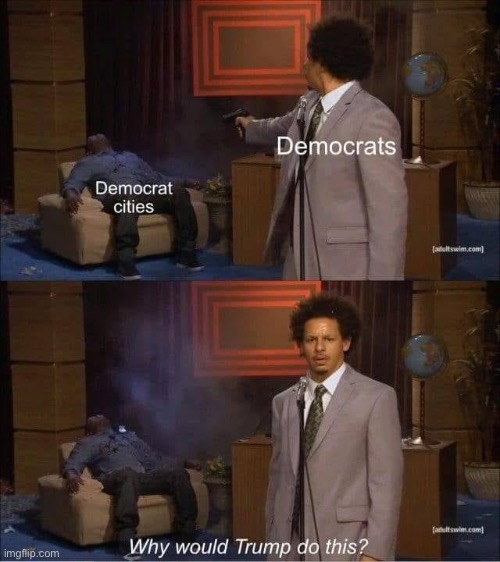 Your first picture could not have stated the facts any better.

Jen, you are out of line and irrational.  What happened to the nice lady that 5 years ago used to give weather forecasts on the marketing page?

How is blowing up mount rushmore going to unite the country?


Jen, you are out of line and irrational.  What happened to the nice lady that 5 years ago used to give weather forecasts on the marketing page?

Hate consumes the soul like a raging fire. Bitterness is the stoking coal of destruction.

The wages of Sin is death, but the gift of God is Eternal Life.

In light of personal events BA, not sure how you can continue to support the orange idiot.  Asked yesterday if he is worried about people contacting the virus at his rallies, he just matter of fact lay said no.

Hasn’t met with Fauci in 2-3 weeks, hear nothing from his mouth about taking precautions to minimize infections, and wants to eliminate testing because it’s making him look bad.

More and more it should become quite evident to you and the rest of your rightie friends on here that the orange idiot does not care about anyone except for himself. A second term will only push his dictatorship wish.

“First, the Nazi party allowed a coarse, uneducated leader to rise to prominence on a white privilege, nationalist wave. Second, the conservative establishment party foolishly thought it could appease him by sharing power. Third, that same Nazi party destroyed media credibility to silence critics. Fourth, the Nazis literally burned the establishment congress to the ground. Fifth, it seized authoritarian power by using unchallenged propaganda to precipitate an existential threat allegedly emanating from those outside the white Aryan race and outside the nation's borders.”

Copied from a US News opinion piece. 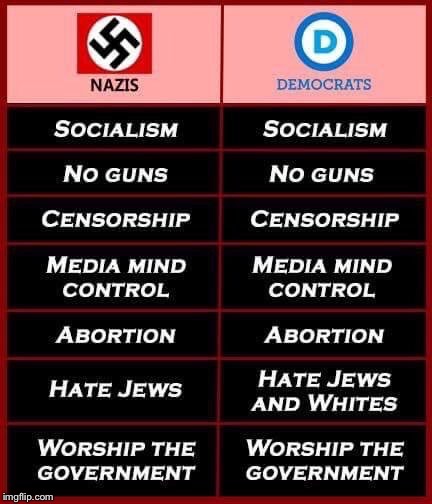