ALCU even has had enough and has condemned the stifling of free speech rights. Saw where liberal turkey pointed out that POTUS Trump never promoted violence, just a peaceful march and protest.

Turley not turkey but it still works!

You probably know this, Dr. BA, but the tech giants were granted exemption from liability for what is posted on their sites with the understanding that it's not curated or endorsed.  Once they started curating they should have lost the exemption As they became a publisher.  Now however those little startups are now giants that own the uniparty.

Honestly a switch flipped recently in my own head regarding media in general.  I used to be irritated by the bias, but now not at all.  I just recognize it for what it is, the viewpoint of the enemy.  Would a Brit be concerned with what was in German papers in 1943?

What concerns me about the future (if there is one) is how we`ve donated our encyclopedias and other historic books to GoodWill, we cancel subscriptions to independent newspapers.  All replaced with WiKipedia and Yahoo News, the only history and news access many of us have is this little box or tablet or the computer in our pants pocket.

It`s started out fine and good, just a crazy amount of excellent information at our fingertips.   But little by little after 25 years they are saying "Oh you can`t read this guy`s writing, he incites riots"  You Tube that has the lying politicians verbatim, scrubs and censors unflattering videos of the liberal politicians.

The way we got to this point in American history`s swan song is by a couple generations of children being taught the world view of what our grandparents outlawed and labeled "enemies of decency".

Frog in your pocket?

Our faith in the future should lie in the children of those who haven’t.


You probably know this, Dr. BA, but the tech giants were granted exemption from liability for what is posted on their sites with the understanding that it's not curated or endorsed.  Once they started curating they should have lost the exemption As they became a publisher.  Now however those little startups are now giants that own the uniparty.

Honestly a switch flipped recently in my own head regarding media in general.  I used to be irritated by the bias, but now not at all.  I just recognize it for what it is, the viewpoint of the enemy.  Would a Brit be concerned with what was in German papers in 1943?

Exactly. Whenever I see any mainstream media talking head say anything, I see Axis Sally, Lord Haw Haw, or Tokyo Rose. This opens the door for an entirely new broadcast and social media platforms. Also shortwave radio broadcasts from a new Radio Free America. Elon Musk has his new satellite system going up, all over the world that can bypass all of the uniparty/CCP/Elitist Ruling Class systems pushing their propaganda.


Ag.com is my only "social media" so I`m not up to speed on a lot of this.  It seems to me that Facebook, Twitter and Parler are "utilities", in politics if a party or candidate aren`t allowed access they are at a distinct disadvantage in today`s world.   As long as you pay your electric bill, the power company isn`t allowed to turn off your juice, if it`s to the Democrat, socialist, communist, BLM headquarters or whatever destructive organization you have, a Republican power company employee can`t turn off your electricity.

Perhaps Twitter should have a "Ag Forum" section where they have a romper room for all things political occur with only rudimentary administrative influence?   I know, they are stretching the definitions to the max on the "shouting fire in the theater" argument, well where the hell were they censoring BLM matter when they were inciting riots with the FALSE CLAIMS of "hands up don`t shoot" and destroying FEDERAL property?????   It`s been a crazy double standard.

But like the lady reporter that demanded access to the men`s locker room in order to do her job effectively the playing field must be leveled to keep up a facade  of promoting unity.  If people just feel that they are being heard, their propensity for violence goes way down, censor them and anarchy is right around the corner...perhaps that`s what`s being cultivated here? 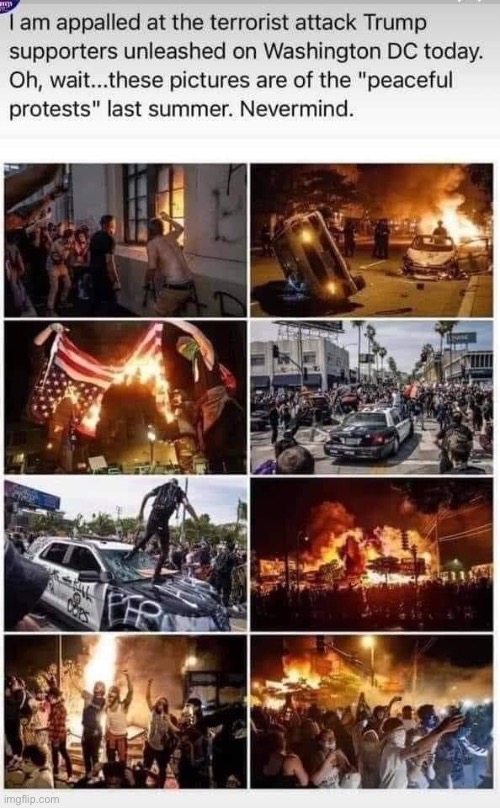 Also the "hush Rush" legislation they were pushing when the Libs didn`t get their way sneaking some dirt through on an UNINFORMED public.

It was the decision that launched a thousand lips.

In 1987, the Federal Communications Commission stopped requiring broadcasters to air contrasting views on controversial issues, a policy known as the Fairness Doctrine. The move is widely credited with triggering the explosive growth of political talk radio.

Now, after conservative talk show hosts such as Rush Limbaugh, Sean Hannity and Michael Savage helped torpedo a major immigration bill, some in Congress have suggested reinstating the Fairness Doctrine to balance out those powerful syndicated voices.

That has unleashed an armada of opposition on the airwaves, Internet blogs and in Washington, where broadcasters have joined with Republicans to fight what they call an attempt to zip their lips.

Opponents of the Fairness Doctrine said it would make station owners so fearful of balancing viewpoints that they’d simply avoid airing controversial topics -- the “chilling effect” on debate that the FCC cited in repealing the rule two decades ago.

“Free speech must be just that -- free from government influence, interference and censorship,” David K. Rehr, president of the National Assn. of Broadcasters, wrote to lawmakers.

There’s little chance the fairness doctrine will return in the near future, as FCC Chairman Kevin J. Martin publicly opposes it and the White House wrote to broadcasters last week assuring them that Bush would veto any legislation reinstating it. But the issue has renewed debate about how far the government should go in regulating the public airwaves.

Some Democrats say conservative-dominated talk radio enables Republicans to mislead the public on important issues such as the Senate immigration reform bill.

Re: Frog in your pocket?

Bruce you are in full support of censorship you lying hypocrat. You want to hide behind the kids.

...that not enough people listen to it.

Nov. ‘16......my life was dominated by trying to convince friends, family, acquaintances, even strangers if they’d listen that you people were real.

Essentially bubbled up, comfortable liberals who thought stuff like all this was just the purvey of a few scraggly old cranks standing on street corners between sandwich boards.

Re: Biggest problem with RW talk radio very likely is..

You are 100% behind the fairness doctrine. If you want to run Rush you have to balance that with something approved of by the censors.