Russia's population pyramid clearly shows the abrupt decline in the birth rate following the collapse of the USSR which led to a dramatically smaller-than-expected population of young men today.  There are only about 8 million Russian men between the ages of 20-29.

But these are 6% of the potentially most productive population for the next 30-40 years. The US pop. pyramid for comparison. 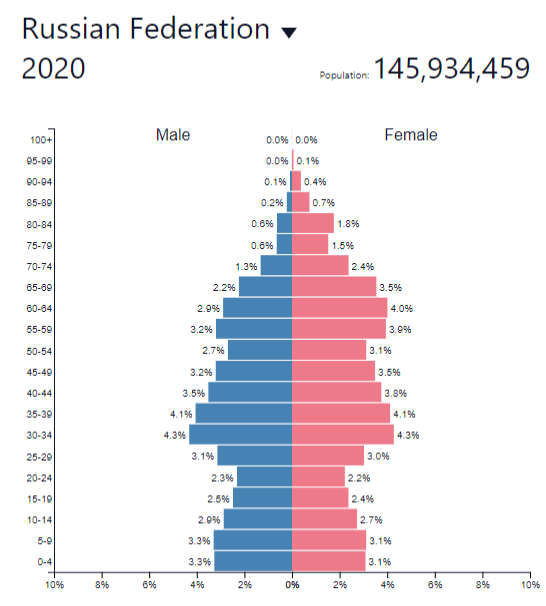 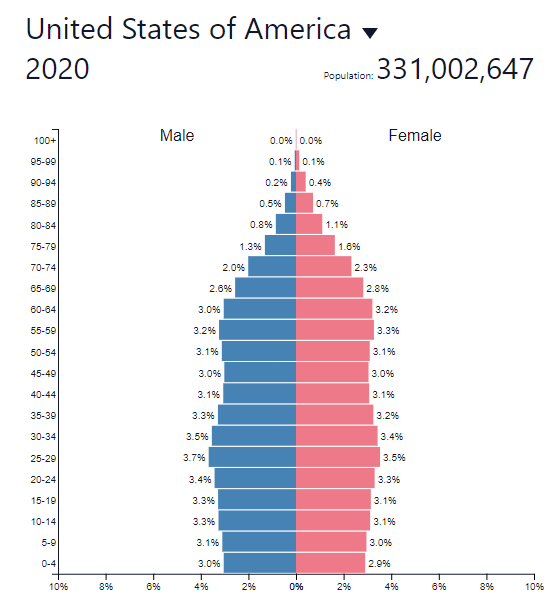 That means that there’s an especially large cohort about to hit the age where voting participation rises sharply.

And they aren’t inclined toward the party the geezers support.