Seems that folks are reverentially mourning all over the planet.

Except, Maybe, this guy:

Stephen Hawking was a "theoretical physicist" which means the models to come to "conclusions" were moveable goalposts, so make of it what you will.   What I find remarkable was Hawking lived 50 yrs with ALS, a beloved teacher contracted it and passed away after a year.

But here is who came up with the big bang theory

Two Priests, A Pope And The Big Bang

John Farrell , Contributor I cover science and technology. Opinions expressed by Forbes Contributors are their own.

There is no evidence that Fr. Georges Lemaître ever met Fr. Teilhard de Chardin, although their scientific careers overlapped to a considerable degree.

But they both played a role in one of the key debates about faith and science in the the last century. 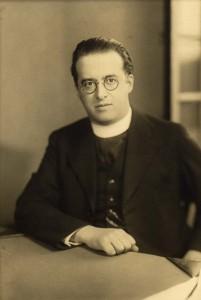 Image courtesy Lemaître Archive at the Catholic University of Leuven.

His ideas also inspired the Jesuit paleontologist Teilhard de Chardin (1881-1955) in his writings on human evolution and the prospect of a dynamic cosmos developing towards a metaphysical Omega Point.

Both men were standouts in their fields-- Lemaître more so than Teilhard, I would say, but both attracted the attention of the press because of the fact they were Catholic priests as well as scientists, rare birds then, as now.

But only one of the two, Fr. Lemaître, was honored by his own Church, while Fr. Teilhard... was treated like a leper.

If they are talking about a big bang that lasted 6 days, I would tend to agree with them.

May God have mercy on his soul. May he rest in the presence of Almighty God.

Hey Roarin`, I tend to believe that God created the earth in 4.5 billion yrs and the universe in 14 billion yrs.  Because the Hebrew Bible says "Yom" in the place of "day".  A Yom can be a 24hr day or sunrise to set or 1,000yrs or an "age" of millions of years.   However if the creation really did happen in a literal 6 days of 24hrs each, it would have to be an incredible "big bang" with rapid cooling and growth.

But also consider, what was a "day" before the creation of the Sun?   🙂

Should it not surprise me, BA puts down Steven
Hawking, and considered one of the most bright
Men of our time.

Yet he promotes and hails trump how wonderful​
And smart and good leader he is.

I'm just at a loss of words

Canuck isn't altogether wrong in asserting that the prevalence of religions in the US that demand some degree of magical beliefs are part of our problem.

Did you even for nano second doubt that baba would have something unkind to say about Hawking? Gushed over graham and literally slobbers over trump!!
Share
Reply

I can't go with the idea the religions go with
Trump. I've asked point black, considering
His background, how do these religious programs
Say he's a very good Christian

The pastor said...you rember, every time we
Have a service, we pray for our country and
Pray that GOD guides our elected leaders

I haven't heard many people say Trump is a good Christian. I have heard them say he defends the Christian faith. And elcheapo there is something else to say about Hawking.....how many people did he ,lead away from Almighty God by making them believe He is nothing but a magical being. I just hope and pray Almighty God has mercy on his soul and any of those he lead astray.