Looks like it may be an idea that is gaining traction as Trump's job approval rating continues to rise.

Nixon was going to be impeached for covering up the investigation of the spying on his 1968 political opponent. This cool Barry dude may have actually done the spying, plus the attempted coverups.

At what point do even the most left wing fruitloops look at what was going on, and say, NO, this cannot be allowed to happen in our country and be left to stand without punishment?

If the evidence of guilt continues to mount, what is the appropriate punishment? Very serious stuff.

Remember what they always say about pointing a finger....three fingers pointing back at you?

I heard Michael Medved talking about "impeaching Obama retroactively" he was against it and as much as I`d like to get back at the Democrats for all the unnecessary grief they`ve caused us the last couple years, I guess I`m against it too.

For one thing, the Democrat wet dream of impeaching Trump won`t happen, even if they take congress and as long of shot that is, retro impeachment of Obama is even more remote.  So it`s a waste of time, Trump and the Republicans got elected on promises and so far they`ve kept or did all constitutionally possible to fulfill their campaign vows and voters will remember that.

"smart" Democrats are warning their more emotional brethren to not run on "impeaching Trump" because the run of the mill voters don`t like that pettiness.   Oh Maxine Waters district and that crew are buttered about it, but that`s the extent.  Most people look at illegal border crossings down, peace in the Korean peninsula impending, more money in their paychecks and will vote to retain what we have.   So I would caution Republicans from crawling in the same gutter with the Democrats.

Once a day I briefly think of our former Saul Alinski president, when done wiping, I look into the toilet, then flush it into history. 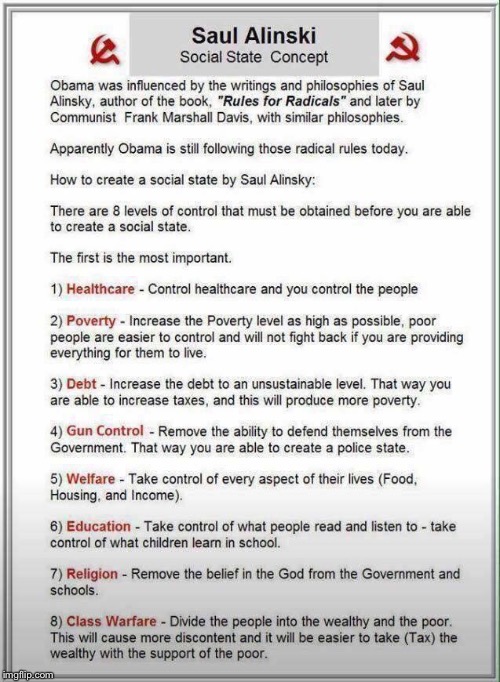 OMFG-
Impeach Obama? Truly deranged and off the charts conspiracy theory nonsense.
What evidence of guilt, when it was pretty clear the other day that there was no “spying” as much as you morons cling to this craziness.
Then to top it off, the fingers pointing etc etc
That is classic liar in chief stuff. From day one of his campaign he’s the one that has projected his Russian crimes onto others (Clinton, Obama, DoJ etc) and you post this crap in a serious vein.
Fruit loops, indeed-of the RWNJ variety.
Unbelievable. Truly can’t make this nonsense up..
Group psychosis at it’s finest, and you saps are getting worse.
Share
Reply

Stupid idea. Don't impeach him, indict him. No president should ever be temped to try to rig an election again.

What evidence of guilt do you have against Trump? Nothing! You just want to cry like a baby

We knew you went off the deep end. Just wondering when you are going to hit bottom? Very soon, I believe.....

It`s worse than crying like a baby.....It is a group of people who are morphing into a domestic terrorist organization.