Romney could be the easiest for Obama to beat.

And might actually allow Obama some space to seek populist support, but I doubt he'd grab it.  An easy win would most likely make him think that the people like the rule by the 1% that they are finding themselves living under..

And then, after all of the rancor and upset that we are obviously going to see through rest of the year up until November with the primaries and conventions and such. what it will actually could boil down to is the reality that the proverbial 99% won't have a dog in the hunt.

The Democrat spin meisters would say that about any Republican.  Democrats all along have confided that Romney was the only Republican candidate that worried them.  Some liberals that are fed up with 0bama have say "You know Romney might not be that bad"  Romney can pull in more Democrats and Independents than anyone besides maybe Huntsman (who would turn away the Conservatives at a equal rate).  I think bottomline is, it`s gonna suck to be 0bama in 2012.

Did you read the link?  That is what my post was about.

What, do you think that "Romney could be the easiest for 0bama to beat" because of that ???

Yes...most assuredly.  Any of the other remaining will have a certain populist appeal and will go where Mitt would never dream of.   Santorum is political suicide of another color, but Paul, Newt and Huntsman have done nothing to disqualify themselves from making it about banks and jobs and financial crimes and the Fed and the Treasury Department being all screwed up.  All in absractions for the most part, but on the right topics and Obama will have to decide where he is on it all.

And I have no idea how Obama would respond but he should do so like they are going to.  Maybe he could hire Newt to work for his campaign, as much as Newt hates Romney.

Thing the best tactic in this race so far has been to stay away from anything populist.  The media ignores you if you do.  Paul landing 2nd and 3rd now just might tip that rock over. But the campaign is going to change and I can see Romney and Obama (who to be truthful about it will just be running for an extension of the GOP nomination anyhow) trying to ignore everybody else...at least for a while.

The media does report 0bama as a GOP lite, however he isn`t seen that way.  Let`s look at the facts #1 by the end of 4 yrs of 0bama the national debt will have added nearly $6 Trillion, now I don`t care about excuses, this is what will be seen.  #2  0bamacare, it isn`t popular politicians run ads against it rarely anyone runs ads that they were for it. Now I don`t care if "The Repulickcants LIED about it!!" I really don`t care.   It`s 0bama`s baby.  #3  "are you better off than 4 yrs ago?"  nuff said.  Romney had Romneycare, so what`s 0bama gonna do with that in a debate?  Romney is running on repealing 0bamacare, I don`t care if it can be done or not, he will run on it and it`s effective.  A guy that voted for 0bama in `08, has a ify job and has a brother-in-law out of work is going to look at Romney and say "This guy can get my BiL a job and out of my basement.  I don`t care if 0bama got Bin Laden, I just want my BiL out!!".  I can tell you this Bruce at the caucus I personally helped at least 20 Democrats sign up to Republican and they did NOT vote for Ron Paul...there`s a Republican Tsunami coming.

Here's the playing field for the election BA 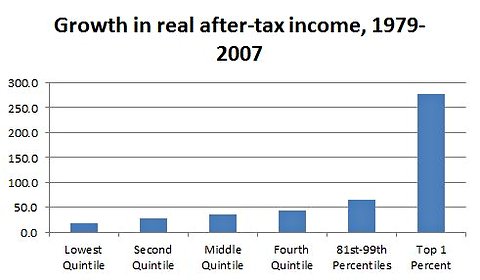 Re: Here's the playing field for the election BA

Was watching the BBC news the other night when I saw a familiar face. A guy I know was being interviewed about Bain's involvement in the dismantling of ARMCO Steel.

Along with him was another former ARCO employee, a conservative who voted for Bush & McCain, who had no use for Romney.

Wait till Romney's "job creation" BS is countered with the money gutted from companies where Bain (when he was involved heavily) gutted pension plans and companies profitts to line their pockets.

Romney's job creations pale in the number of lives his businesses have ruined.

It should be a cake walk for any one to defeat Obama but like Bush in 04 the opposition will put up the wrong candidate.