Peggy Drexler is the author of "Our Fathers, Ourselves: Daughters, Fathers, and the Changing American Family" and "Raising Boys Without Men." She is an assistant professor of psychology at Weill Medical College of Cornell University and a former gender scholar at Stanford University. The opinions expressed in this commentary are solely those of the author.

(CNN)Back in May, Donald Trump, a real estate mogul with no prior political experience, made history by capturing the Republican party nomination, a turn of events that has been called everything from "unprecedented" to "crazy." The resulting campaign, meanwhile, has been a parade of juicy, head-shaking headlines and memorable debates, the most recent one earning Trump a comparison (in the New York Daily News) to rapper Kanye West for his interruptions, surely a presidential campaign first.

It is safe to say, America has been riveted.
So is it any surprise that others have sought to capitalize on this moment—this (hopefully fleeting) time in American politics when it has seemed that anything goes, and the more outlandish the better? 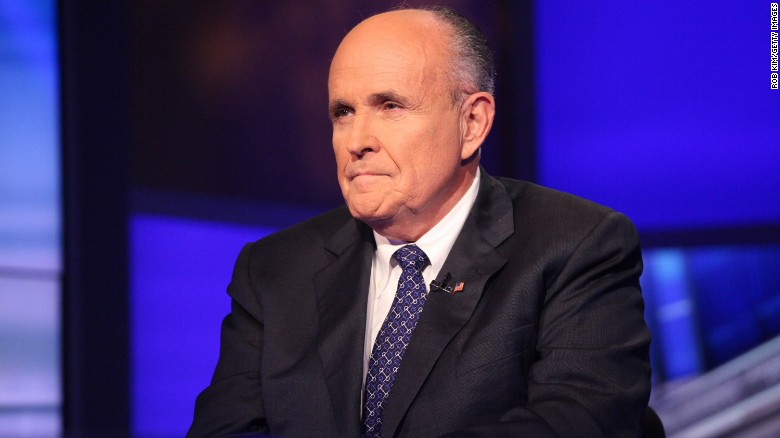 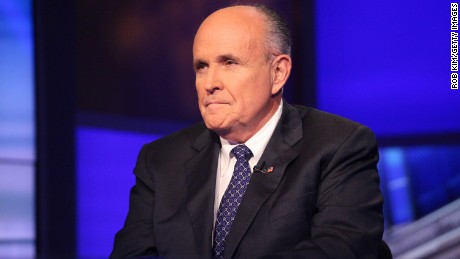 Giuliani: Trump's Hillary cheating remark 'fair game' 02:36
Sunday on "Meet the Press," former New York City mayor and Trump ally Rudy Giuliani lobbied for his share of the spotlight with a number of wild declarations, questionable not only for their veracity but for how they actually might serve to strengthen his candidate's appeal. Among them: Hillary Clinton only "pretends to be a feminist." Also: Trump is a "genius" for managing to avoid to pay taxes for nearly two decades. Oh, and that "everybody" engages in extramarital affairs.
The Republican Party has operated for centuries on a platform of "family values," of which adultery is not generally a part. (Safe to say, neither is tax fraud.) It's curious that Giuliani would seek to position himself as a GOP supporter while rebuking one of its primary—if often ignored—tenets. Especially given that he's been guilty of adultery himself. 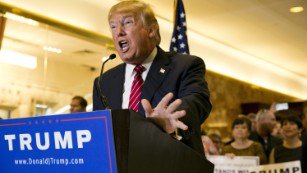 Why Trump tax revelation is stunning
That fact—his widely publicized affairs—has made Giuliani's recent attempts to discredit Clinton over her husband's infidelities particularly hypocritical. Last week, he told an interviewer that Clinton was "too stupid to be president," given her defense of Bill's cheating. At a rally over the weekend, he argued that Clinton was only loyal to her donors, saying, "I don't even think she's loyal to Bill, if you want to know the truth. And really, folks, really, why should she be, right?" 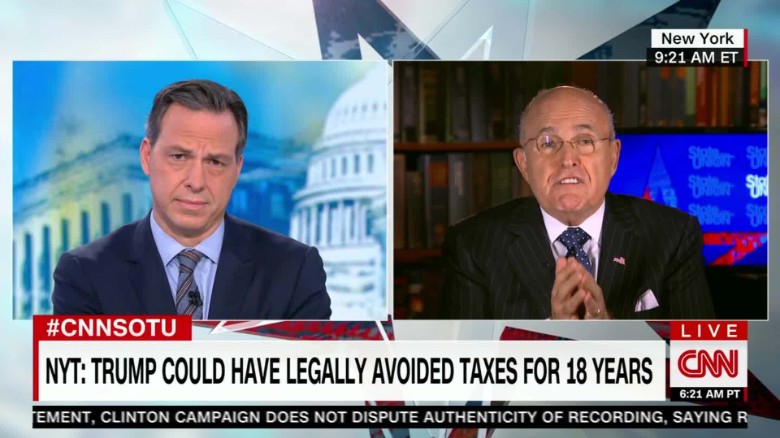 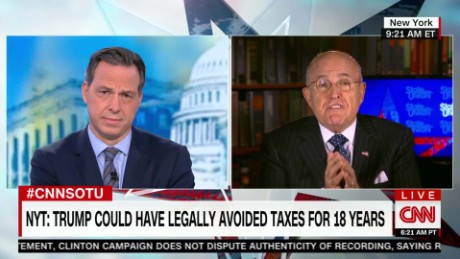 Rudy Giuliani full interview 10:35
After "Meet the Press" host Chuck Todd wondered if Giuliani was "the right person" to raise the topic of infidelity, given Giuliani's own extramarital affairs, the former mayor revealed that, well, adultery wasn't so uncommon after all. "Everybody does," he said. "You know, I'm a Roman Catholic and I confess those things to my priest."
So which is it: Adultery makes you unfit to lead or not? (Don't expect an answer to that question. At least not from Giuliani.)
Follow CNN Opinion

The internet, predictably, exploded in joyful rebuke to the "everybody's doing it" claim. Elaine Bondra tweeted, for example, "Maybe in YOUR circle of friends,@rudygiulianiGOP but, where I come from, most of the people are faithful to their spouses."
It's worth noting that studies on the topic are scant—for one thing, not everyone confesses—buthigh estimates put cheating spouses at 1 in 5. Note to the ex-mayor: That's far from "everyone."
It's also worth noting that if any Clinton is guilty of infidelity, it's Bill Clinton, who is not presently running for office.
Of course, truth and fairness—not to mention eloquence and class—have not exactly been cornerstones of Trump's campaign. Instead, its "strategy" often seems to be spewing out biases in the hopes of attracting voters, or at least attention. And on the latter front, he's surely succeeded. Giuliani, one could argue, is just following suit. 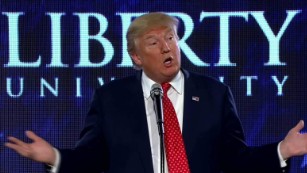 Why Christian evangelicals could hold key in 2016 (Opinion)
Because, well, Giuliani's not doing any of this for Trump, or even for the GOP -- not really. The former mayor has handily inserted himself into hundreds of headlines in the last week alone, a clever capitalization on the stage Trump has set.
Despite his illogical statements in recent days, Giuliani isn't stupid—even if many have lately wondered if the former 9/11 hero has perhaps lost his mind, or whether his ranting remarks are more like a cue he's taken from the GOP candidate.
On the matters of infidelity, gender and tax evasion, it's hard to know if Giuliani believes what he's saying or if he's just an opportunist (we'll find out his motivations soon enough).
Though one could wonder the same about Trump himself.
Share
Reply "The rules apply to me.  I don't speed, don't do drugs or alcohol, don't smoke, and I PAY MY TAXES."  Better check on Hillarys last year taxes. It seems she doesn't pay her fair share. Typical democrate .. Those rules are for other people.

It's taking care of uninsured children. Are You saying it shouldn't be done?

Ok jessenic, send those babies out to work. They're just laying around sucking a teat. Make mama take that kid to work with them----if they can find a job! Make them move to where a job is!! You're all heart!!
Share
Reply

Yes Bart I had to do it. The rest of the world can too.

I am saying it is a repeat of the welfare system that is already being sucked dry. Ether way the whole deal is pointless now that O-care is in place right.

Maybe you are the result of the Hillary's of the world.