about keeping the base shrink wrapped.

Anyone who isn't in the cult is now fully aware that if Dennison and his crew didn't do all of it, and more, it is only because they were too incompetent to even do that much.

Here is an example. This young lady made a complete and total fool out of the progressive dems.

Now, we have a former Obama official who admits, under oath, that she lied about having evidence of Trump-Russia collusion on an appearance for MSNBC. This was part of Rep. Adam Schiff (D-CA) releasing the transcripts from their investigation into this circus act. Sean Davis at The Federalist has more:

Former Obama administration defense official Evelyn Farkas testified under oath that she lied during an MSNBC interview when she claimed to have evidence of alleged collusion, a newly declassified congressional transcript of her testimony shows. Farkas testified before the House Permanent Select Committee on Intelligence on June 26, 2017, as part of the committee’s investigation into Russian interference in the 2016 presidential election between Donald Trump and former Secretary of State Hillary Clinton.

Lawmakers keyed in on an appearance Farkas made on MSNBC on March 2, 2017, in which she urged intelligence community bureaucrats to disseminate within the government and potentially even leak to media any incriminating information they had about Trump or his aides.

“I had a fear that somehow that information would disappear with the senior [Obama administration] people who left…[that] it would be hidden away in the bureaucracy,” Farkas said.

“Why don’t we go back to that sentence that I just asked you about. It says ‘the Trump folks, if they found out how we knew what we knew about their staff dealing with Russians,” [Rep. Trey] Gowdy said. “Well, how would you know what the U.S. government knew at that point? You didn’t work for it, did you?”

“I didn’t,” said Farkas, a former mid-level Russia analyst who left the federal government in 2015.

“Then how did you know?” Gowdy responded.

“I didn’t know anything,” Farkas said. 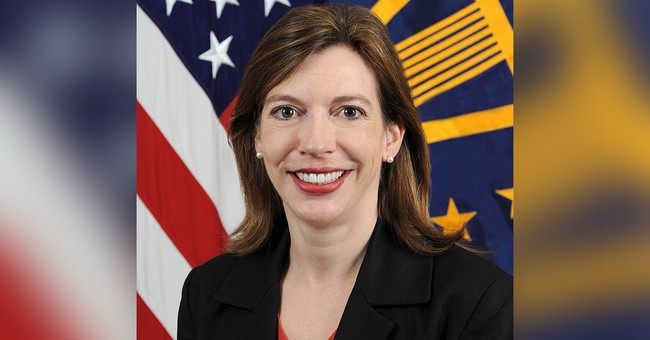 The Shot Heard ‘round the World

Just the other day I recalled a conversation I had some time ago with the Son of the gentleman who cut my hair (I could dang well use him now, btw. It’s been 10 weeks. Can’t let Turdy see me as he’d call me a hippy) in the little town close to home when I was growing up.  He was a RABID baseball fan(antic). One of those people who grew up listening to MLB games on the powerful AM stations that enabled you to get games from all over the country. Of course, until 1959 they were all East of St.Louis.  He followed led every game, subscribed to The Sporting News which he kept in his barber shop. New the up to the minute standings and nearly everybody’s stats by heart.

One of millions of fans who very likely had never seen a big league game in person. Probably not on TV until the late 50’s. If they had one or access to one or a signal where they lived.

Long story short of it would be his Son telling me what it was like for people who were Dodgers fans in 1951. These Bill Barr/Mitch McDonnell inspired true believers are eerily remindful of what he described.  I especially am reminded of him telling me about the conspiracies over sign stealing, crooked umpires, Black Sox like payoffs etc. that rose immediately after Thompson’s HR and how they lingered for years.

It has become clear beyond the shadow of a doubt that you are as big of hypocrite on the peaceful transfer of power as you are on the #MeToo movement.

(Long story short of it would be his Son telling me what it was like for people who were Dodgers fans in 1951. These Bill Barr/Mitch McDonnell inspired true believers are eerily remindful of what he described.  I especially am reminded of him telling me about the conspiracies over sign stealing, crooked umpires, Black Sox like payoffs etc. that rose immediately after Thompson’s HR and how they lingered for years.)

Good thing that gentlemen didn't have to listen to folks like shifty magoo, or brennan, or clapper, or comey, etc. on the radio, he would of had conspiracy theory overload - well assuming he just listened to what they said in public, not what they said behind closed doors.

New hound on the track!!!

Thanks. New meme that I hadn’t encountered.

Truth of the matter being, of course, that the news was full of reports that the outgoing administration was standing on it’s head in the transition and was express extreme disappointment and dismay over how thoroughly disinterested the incomes were.

Nothing personifies that more than the extremely well documented situation of the Dennison gang shelving the set of Emergency Resonse Plans.

He didn’t have a dog in that fight.

No idea how he became so, but as a Southern MN small towner he was a Pirates fan.

And that justifies using the FBI as a political tool to over turn the election. fidel castro couldn't have said it any better. Anyway, we know you're not serious, only a progressive dem hypocrite.

I’ve shared about my friend who used to swear up and down that NBA refs were shaving points.

I’ve never bet an NBA game in my life, or anything professionally.

There’s a foul on every play, just a matter of what you want to call. Now, in any game whether college or pro, when they call a couple of early Ticky Tac fouls on a key player it kind of spoils it for me.

BTW, leaving aside the nature of the league they’re asked to officiate, if you watch them NBA refs are really good.