Are You Organizing This Thing, Craig?

No, but I know most of the players.  This Tea Party group got way over their heads in this and the real organization has now been headed up by the Organized4Palin group.  The clash was between the "cowboys" and the Organized4Palin group....and this confusion alarmed the folks within SarahPac.  Basically, the "cowboys" have been handed a play toy while most of the real heavy lifting is being done by the Organized4Palin group, of which, I am helping and advising.  It was my idea to move the event to Indianola in the first place and I have been active in finding volunteers to pull this thing off.  I am supplying the water tanks to hold the bottled water supplies.

I hope that all of the "drama" is now behind everyone and that the event goes off without a hitch.  Just a case of too many "chiefs" and a lot of confused "Indians".  This event could be as large, if not larger, than the recent Iowa Straw Poll in Ames.  If the crowd is more than 18,000, it could get out of hand as there won't be even any standing room left.  There is going to be two large JumboTron screens set up so that everyone can see what is happening down on the speaking stage.

My main interest in all of this is to make Indianola and the Warren County GOP look good during this important event.  It is also a real plus that our event is on the same field and just before the tom harkin Steak Fry.  There's will be much smaller and they will see that the grass is still mashed flat from the Palin supporters leaving their mark.  I am still hoping to be able to take a lawn mower and mow the name P A L I N into the grass and leave it on the field for the liberal democrats supporting tom harkin, to look at.

We are all unified in getting rid of RINOs and liberal National Socialists.... we proved that in the last election cycle.  The Tea Party is only going through some "growing pains" as our groups find their ways in organizing.

Keep laughing and put your feet up.... just ignor us.   That will make our day.  In fact, take a long nap and wake up after Election Day next year.  We will gladly let you know how it turned out. 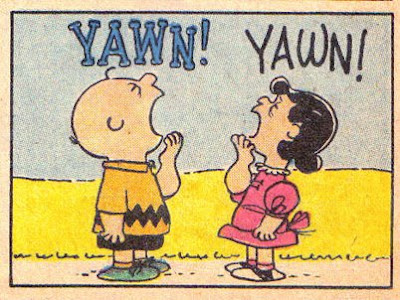 You have the wrong country and 70 years too late.

so what other sophomeric prank will you do on Harkin's event.  Sneak in and loosen up all of the lids on the salt shakers?

Surprised there is even a problem with the event Craig.  with you genius IQ, you should have taken the reigns and run with organizing it big guy.

One question, if you are so intelligent, why did you have to take a job as a printing press operator?  I live in an area that has a printing company and are operated by guys who could not graduate from high school.

Either you are a lot dumber that you say you are or you have wasted a gift.  Probably a combination of the two.

What do you like best about Senator Harkin Tom?

My post was not about Harkin now was it flat?   Just pointing out the childish nature of Craig.   Bet he still goes out and TP's his neighbor's house on Halloween.

For one that claims to be of higher intelligence than everyone on here, he sure comes across like a 10 year old.

Uh Huh, Sorry Tom, I was just curious what you consider to be some of Mr. Harkins finer attributes.