The blog that got a NPR meteorologist fired.  The man expressed HIS 1st amendment RIGHT, yet we have to p-ssyfoot around and qualify our mild criticism of card carrying communists with "I support their right to protest, but...." . Here a guy made a historical accurate comparison of current events and gets fired for his correct opinion.

A weatherman for a National Public Radio (NPR) affiliate in Tacoma has been taken off the air for a personal blog post that shows in vivid detail the destruction two months of incessant rioting and protests have wrecked on Seattle.

The NPR affiliate took issue with Cliff Mass' comparison of the destruction in Seattle to Kristallnacht, the "Night of Broken Glass" in 1938, where rioters destroyed Jewish owned stores, buildings, and houses of worship while German authorities looked on without intervention and even encouraged the violence.

This is the passage that got him into trouble:

Mass is a University of Washington meteorologist who up until now has been reporting on the weather for KNKX Tacoma. On Wednesday, Mass posted this article to his personal blog describing a recent trip to downtown Seattle and the devastation he saw there, with pictures.

"Take a walk around downtown Seattle. You will be shocked by a shuttered, dystopian city and made angry by the inaction and ineptness of its political leadership. It is simply beyond words."

Mass continued "Block after block of boarded up stores, restaurants, and other buildings. A city in lockdown and afraid." Mass wrote what many Seattle residents have noticed but do not express out loud for fear of being targeted for speaking the wrong narrative.

"A boarded up central core of a major U.S. city was being left to the homeless, drug dealers, and security guards. Even the most notorious, crime-ridden corner of the city had no police. The streets of the city had become a fearful abandoned place."

In his comparison of recent events to Kristallnacht in 1938, Mass highlighted the similarities between the events: "Violent individuals and groups have hidden within protest groups, attempting to destroy businesses both to deliver a political message of fear and to loot their contents. Dozens of police have been seriously injured by bottles and fireworks, or partially blinded by lasers. Even in my neighborhood, graffiti calling for the killing of police have been sprayed at a prominent location. No city can remain healthy if such anti-social activities are allowed to continue unchecked."

Mass also referenced the vandalism at the homes of city council members, the mayor and an attempted attack on the Seattle Police Chief. "There has also been efforts to intimidate our city's political and civil leadership by taking rancorous protests to their homes, bringing fear to family and neighbors."

Reaction came swiftly from the left on social media accusing Mass of anti-Semitism and exaggerating what was going on in riots in Seattle. This is what led to KNKX issuing a public statement and removing Mass and his weather report from the air.

They wrote: "At KNKX, we value high-quality, factual information in our news programming and we aim to present an array of voices that reflect our region.

However, many in Seattle's Jewish community have become increasingly concerned about the safety in the city and around the country. During the riots in reaction to the death of George Floyd, Jewish businesses were targeted and destroyed. In New York, Jews have consistently been targeted for attacks by other minority groups.

Two weeks ago in Seattle, a local Jewish owned business was targeted and rioters attempted to burn down the store. Local anti-Semites with ties to Democrat leadership have been arrested and released after assaulting Jews downtown.
Seattle officials withdrawing the police and allowing armed militants to take control of six blocks of the city was concerning to the Seattle Jewish community as well as the community at large.

Many wondered what was to stop rioters from taking control of their streets or their institutions. Anti-Semitic graffiti has appeared alongside Black Lives Matter graffiti around the city and inside the Capitol Hill Occupied Protest (CHOP).

CHOP occupiers and BLM allied with local anti-Israel groups to stage an anti-Israel rally in the final days of the CHOP. Anti-Semitic candidates for local office have even been endorsed and hired by local socialist and democrat groups.
Jews across the country have felt they have been abandoned to the mob by local officials and have been taking their defense into their own hands.

The calls for defunding police departments have been vigorously opposed by Jewish communities. How to mitigate those concerns have yet to be addressed by Seattle officials.

The paragraph referencing Kristallnacht has since been removed from Mass' article. In its place, he wrote: "I have removed a section here that proved a source of distraction to some.  In the removed section, I referred to violence in the 1920s and 1930s in Europe and how many people, often out of fear, chose not to challenge terrible things happening. I suggest an analogy, in some aspects, on what is happening today in Seattle."

The cancellation of Mass' broadcast was cheered by activists on social media. KNKX gave in to the demands of the mob. While those on the left often attribute tactics of Nazism to those on the right, the perception is that this comparison has to do with ideology and not action is misplaced.

The actions of a mob to cause destruction and mayhem have only to do with terror, fear, and a mentality of righteousness; the reasons for the behaviour are secondary to the actions implemented to enforce adherence to those ideas.

The NPR affiliate appears to be content to ignore the horrifying similarities between what happened in 1938 in Europe and what is happening in America in 2020 and would rather placate the mob which cheers the destruction caused by rioters.

In the riots and chaos that have erupted in American cities, the left has claimed that the actions of a few bad apples should not be used to colour the intention of the larger protest movement. They have claimed that those who seek to harm and sow animosity are hiding behind those good apples who seek to plant seeds of equity. Mass wrote that same thing, and lost his job for it.

"Violent individuals and groups have hidden within protest groups, attempting to destroy businesses both to deliver a political message of fear and to loot their contents.

"Dozens of police have been seriously injured by bottles and fireworks, or partially blinded by lasers. Even in my neighborhood, graffiti calling for the killing of police have been sprayed at a prominent location. No city can remain healthy if such anti-social activities are allowed to continue unchecked."

Mass concluded his article by offering solutions about how residents can help to change the dangerous course Seattle is on in hopes of quelling more violence.

Re: Seattle is Kristallnacht. - Truth 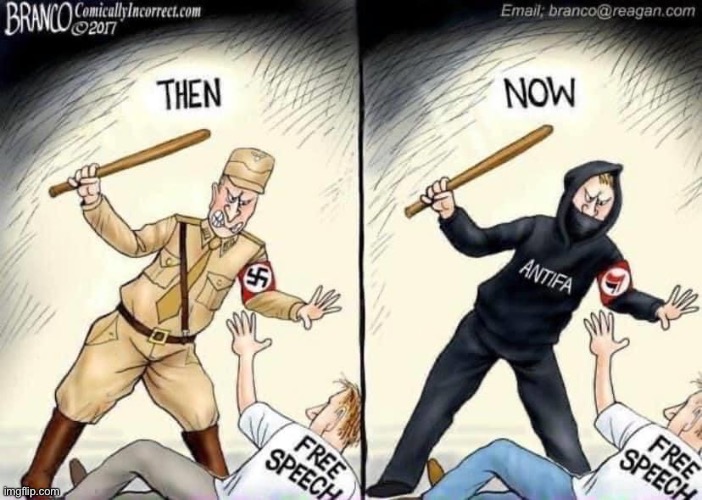 I'm sure things will improve now that the city council voted to defund 100 officers and the chief has resigned. This is law and order under dem rule. They want to do for the whole country what they have done for Seattle. A vote for a dem is a vote for anarchy. Your property doesn't belong to you, it belong to whoever is willing to take it.

Thats why I say democrats own this.  It's the cities they exclusively control.  They are not just letting, but encouraging it to happen.

State power definitely not an element in it.