Bible (also which one) where

It is a god given right to have 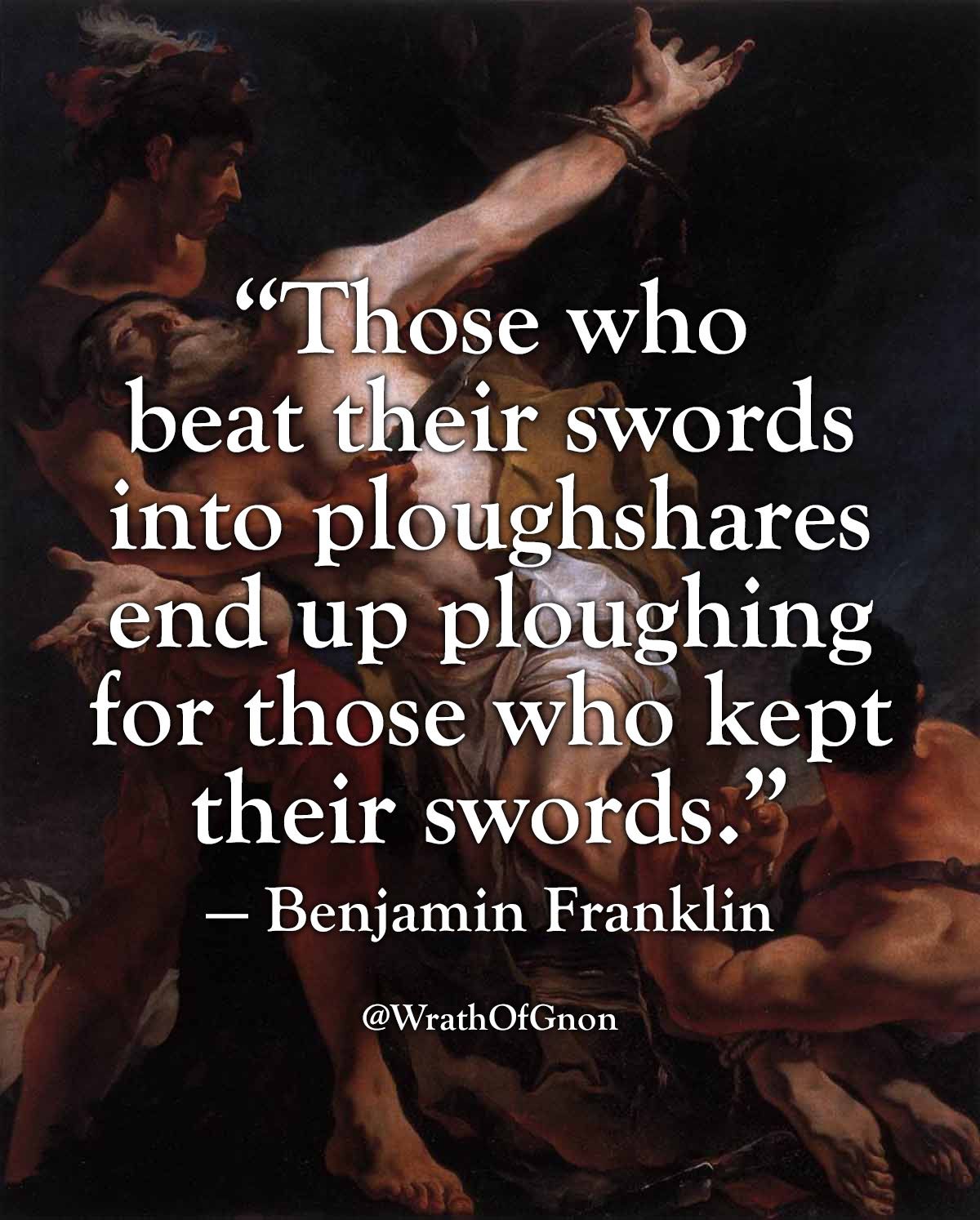 That's funny, obviously guns were invented later, but I think Jesus said something about swords on the internet.

The topic seems to be gun control,

Cain didn't have guns, or a sword...if my memory is correct, he murdered brother Abel with a rock. Rocks and hammers should be removed from the general population too. Also rope....ropes are bad, too.

And cars....and trucks....and five gallon containers that can hold gasoline. Even bottles....one bottle and a rag, and some readily obtained gasoline and you have a bomb.

Instead of focusing on the root of all this evil, lets put everyone in a strait jacket.

What does the Bible say about Guns, cars and airplanes?  Some used to say "If God meant man to fly, He would`ve given him wings" well there are Luddites such as that, we know them as Amish.  The Amish (they shouldn`t be reading this as to be offended

)  but are the biggest freeloaders, without the rest of us protecting and propping up their pacifist lifestyle, communism would`ve enslaved them long ago.....you are welcome Amish!

good point about the Amish, but they seem to not be evil free loaders campaigning for America's downfall like the opposition party these days. For that I will cut them some slack.

I just wonder how the nutz of twenty years ago, or the boriz of even just ten years ago would look at what they have deranged to today and how they would judge themselves. And then multiply that by the millions that have stayed in the frog pot as the temperature continues to boil and not noticed that something is really, really wrong with their weltanschauung.

The liberals used to fear an overwhelming, totalitarian government and now they embrace it. Not just hear, but around the world, too.

I mean, it's one thing to argue whether the wealthy should be taxed at 25% or 45% but quite another to start talking about wealth re-distribution schemes that would make even Karl Marx blush.

Oh absolutely, the Amish are good freeloaders, I don`t see them protesting for free stuff, blocking highways and crying in their soup about everything.  They read their Bible by candlelight and are quiet to themselves, but they aren`t going to sign up to fight nazis and communism and if it wasn`t for the county sheriff and armed "English" neighbors protecting them, hoodlums would have easy pickings. And they work hard as Mexicans, when they work.

"There was a video of a clerk shooting a potential robber. After the clerk shot the robber the first time and the person was lying on the floor in the fetal position the clerk continued to shoot several more times hitting the man again and again.
Is that justified by your god too?
I guess many other countries have different gods and were not 'given' this 'right' to own a gun without at least a license and appear to have better 'gods' since they do not have so many shootings happening."

Absolutely. Wouldn't be many robbers left if everyone did it.

"Scalia's majority opinions in Heller and MacDonald make it clear that the Federal government can undertake measures such as background checks, red flag laws and banning excessively lethal weapons."

WE need a few more mass vehicle killings so you can ban those too. You people are idiots and exactly why we have this problem.