I think Sean Penn should be consulted on military policy.  Michael Douglas should be involved in fixing Wall Street and financial reform.  Martin Sheen should be the new chief of staff since he has so much presidential experience.  Why didn't the Democrats think of this until now?  What next?  A comedian stealing a Senate seat maybe?  Oh yeah....that's already happened. 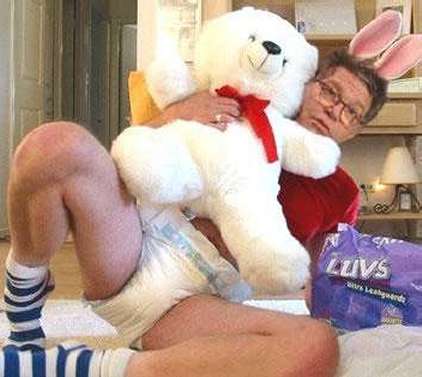 I just watched some of it. He got Steve King's undies in a big knot...can't ask much more of a fellow than that.

I watch Stephen Colbert's show when I can.  He is a very intelligent, entertaining comedian.  I just don't understand though how he ends up testifying to a senate subcommittee as an expert in immigration affairs because he spent one day working with migrant farm workers.  It shows me that congress, especially some of the Democrats, still have no clue the frustration in this country with what they are doing up there.  They just keep shooting themselves in the foot.  The wound starts to heal and they shoot themselves in the other foot.

I went to Rome and Vienna for a couple of weeks this past summer.  Maybe now I'm qualified to work in the state department as a diplomat.   I should look into that now that government jobs pay so much more than anything else.

Seems the Democratics view border security as nothing but a big joke.

Well then, as to jokes, if you consider how much illegal immmigration has dropped off in the past couple of years ad how the SW border is being referred to as one of the safest areas in the country maybe humor or comedy is the solution,

The "joke" is that sensible people are working on this matter and governments are working on it and getting somewhere and all you f###s have left is the original racism that brought to the table in the first place on this issue. What Colbert was parodizing was the dickhad argument that people on the hatefiled right make about "them" stealing "our jobs".

Stream it up and watch it.

so it's obama and his merry gang, and not the terrible US economy that has caused the drop?

I think auto accidents went way down in Hiroshima and Nagasaki in 1945, too.

I too like Colbert and his show but agree he had no business testifying as do many of the people they bring before these hearings.  Colbert is no expert on this matter and his comedic views should not be given a stage in this setting strictly for political gain.  This reminds me of Meryl Streep testifying before Congress on the dangers of spraying apples with Alar.  Our country has repeatedly embarrassed itself by giving celebrities undue importance on matters they know little about.

I think Colbert has every right to express his opinions on his show, at his rally or where ever he wants but I don't think he qualifies to testify on this matter at a Congressional hearing any more then I qualify to testify at a murder trial as an expert witness on DNA evidence.

Bruce, I agree racism plays a big role in this issue but one can not simply paint all those who favor enforcing our immigration laws as racist.  The fact is many of these illegals are taking jobs away from U.S. citizens in the lower income brackets which only increases the problems that go hand and hand with unemployment, low wages and poverty there by compounding many of our country's social and economic problems that we continue to spend billions on yet see little if any improvements.

I have always admire people who are willing to leave their home land in an attempt to better their lives for them and their families.  However our country simply can not afford to allow all who wish to better themselves to come here illegally and undocumented.  I also have a hard time with the notion these people are simply doing the jobs no one else wants to do.  I have a son that works in construction and my daughter's boy friend has worked in landscaping for several years during high school and now while in college. I believe you yourself has mentioned that packing plants used to pay a decent wage but have also lowered their wages now days knowing they can hire immigrants for less.  Why should so many jobs including many agricultural jobs be allowed to pay a wage that puts one in or near the poverty level?   We need to take care of our own first.

I'm not sure what the answer is as we no doubt do need many immigrants to help with many jobs.  To simply offer amnesty every few years seems to be a joke and marginalizes our existing immigration laws while punishing those that are trying to enter our country legally.  Amnesty simply encourages more people to ignore our laws and enter our country illegally.   We need the help of the Mexican government to work together if we truly want to resolve this problem.

. Where was there any implication of that in what I said?

It (the migration) is oobviously going down becasue of the economy. Started going down soon after the crash in 2008, while Cheney and Gonzales were still running things. But that hasn't caught up with the strawman.

Increased safety is probably the result of better staffed and more effective law enforcement. Or maybe becasue teh low end of the immigrants aren't moving across and we are getting a better grade of them. Who knows..but it is considerably safer. Maybe the credit goes to GOP Govs Brewster and Ahnold.

Seems your hero, mccain thought it was a joke ( I guess) for 28 years before suddenly acting like he has fought it was years.