I think we need to quit saving our $2 bills and bring them out in public. The younger generation doesn't even know they exist!

STORY: On my way home from work, I stopped at Taco Bell for a quick bite to eat. I have a $50 bill and a $2 bill. I figure with the $2 bill, I can get something to eat and not have to worry about irritating anyone for trying to break a $50 bill.

Me: 'Hi, I'd like one seven-layer burrito please, to go.'


He goes to talk to his manager, who is still within my earshot. The following conversation occurs between the two of them:

He comes back to me and says, 'We don't take these. Do you have anything else?'

He goes back to his manager, who has been watching me like I'm a shoplifter, and says to him, 'He says I have to take it.'

Manager: 'Doesn't he have anything else?'
Server: 'Yeah, a fifty. I'll get it and you can open the safe and get change.
Manager: 'I'm not opening the safe with him in here.'
Server: 'What should I do?'
Manager: 'Tell him to come back later when he has real money.'
Server: 'I can't tell him that! You tell him.'
Manager: 'Just tell him.'
Server: 'No way! This is weird. I'm going in back.

The manager approaches me and says,
'I'm sorry, but we don't take big bills this time of night.'

At this point, he backs away from me and calls mall security on the phone around the corner. I have two people staring at me from the dining area and I begin laughing out loud, just for effect.

A few minutes later this 45-year-oldish guy comes in.

At this point I'm ready to say, 'Sure, please!' but I want to eat, so I say, 'I'm just trying to buy a burrito and pay for it with this two dollar bill.

I put the bill up near his face, and he flinches like I'm taking a swing at him. He takes the bill, turns it over a few times in his hands, and he says, 'Hey, Mike, what's wrong with this bill?'
Manager: 'It's fake.'
Guard: 'It doesn't look fake to me.'
Manager: 'But it's a two dollar bill.'
Guard: 'Yeah? '
Manager: 'Well, there's no such thing, is there?'

The security guard and I both look at him like he's an idiot and it dawns on the guy that he has no clue and is an idiot.

So, it turns out that my burrito was free, and he threw in a small drink and some of those cinnamon thingies, too.

Made me want to get a whole stack of two dollar bills just to see what happens when I try to buy stuff.

Just think... those two are of the age to be voting!!!

NOW do you understand why and how Obama got a 2nd term?

Yes, I do see how. Obviously,the business owner is a stupid repub and doesn't know enough to operate a voting booth.
Share
Reply

It's not his fault, as I've stated elsewhere, the conservative mind "thinks" while the liberal mind "feels" thus his response must therefore be emotional rather than logical (just like a woman).  This is a diametric opposition and the crux of why liberals hate conservatives.  I don't get mad at liberals, really, for their emotional responses, just as I don't get mad when the dog Ѕhits on the carpet.  This is just something that they do, it's natural behavior for them and they simply can't help it.

My dogs object to that CB, they say crapping on the carpet is nothing compared to the mess the libs have made.
Share
Reply

The scrap yard in town likes to pay with odd money. Lots of two dollar bills, "silver" dollars and fifty cent pieces. Old guy I worked with always wanted them to give his grand kids on special occasions.
Share
Reply

@Flatland Hillbilly wrote:
My dogs object to that CB, they say crapping on the carpet is nothing compared to the mess the libs have made.

Oh of course there is a huge magnitude difference, I was just drawing a random parallel.  The worst the dog can do is Ѕhit on the carpet, while the worst the liberal can do is Ѕhit up our economy, our Nation's work ethic, as well as Ѕhit on our Sovereign Citizenry's Free Constitutional Republican way of life.  These emotionally liable "kept" people simply can't help themselves. 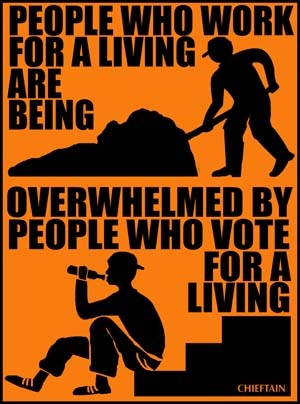 I didn't know the Eisenhower dollar was still in circulation, all I see typically are the "goldies" (worthless brass bus tokens) known as the Sacagawea dollar and the Presidential series. Unlike you,I don't hate anyone. I do have several dislikes if that works for you. Your analyzation of the liberal mind is the result of how many years of study on how many subjects? I personally feel quite confident that you are just pulling crap out of your rectum and hoping some of it sticks somewhere. Good try though.