a look at how the pandemic unfolded in the US

When the definitive history of the coronavirus pandemic is written, the date 20 January 2020 is certain to feature prominently. It was on that day that a 35-year-old man in Washington state, recently returned from visiting family in Wuhan in China, became the first person in the US to be diagnosed with the virus.

On the very same day, 5,000 miles away in Asia, the first confirmed case of Covid-19 was reported in South Korea. The confluence was striking, but there the similarities ended.

In the two months since that fateful day, the responses to coronavirus displayed by the US and South Korea have been polar opposites.

One country acted swiftly and aggressively to detect and isolate the virus, and by doing so has largely contained the crisis. The other country dithered and procrastinated, became mired in chaos and confusion, was distracted by the individual whims of its leader, and is now confronted by a health emergency of daunting proportions.

Within a week of its first confirmed case, South Korea’s disease control agency had summoned 20 private companies to the medical equivalent of a war-planning summit and told them to develop a test for the virus at lightning speed. A week after that, the first diagnostic test was approved and went into battle, identifying infected individuals who could then be quarantined to halt the advance of the disease.

Those missing four to six weeks are likely to go down in the definitive history as a cautionary tale of the potentially devastating consequences of failed political leadership. Today, 86,012 cases have been confirmed across the US, pushing the nation to the top of the world’s coronavirus league table – above even China.

More than a quarter of those cases are in New York City, now a global center of the coronavirus pandemic, with New Orleans also raising alarm. Nationally, 1,301 people have died.

Most worryingly, the curve of cases continues to rise precipitously, with no sign of the plateau that has spared South Korea.

“The US response will be studied for generations as a textbook example of a disastrous, failed effort,” Ron Klain, who spearheaded the fight against Ebola in 2014, told a Georgetown university panel recently. “What’s happened in Washington has been a fiasco of incredible proportions.”

and I suppose it was on account of Nancy being mean to him.

But worth noting that when You Know Who was impeached he was very diligent in governance- being able to walk and chew gum kinda goes with the job.

And Obama hasn’t been potus for 3 years- all the lies surrounding that are pathetic.

But what we’ve come to expect from him and the cult. 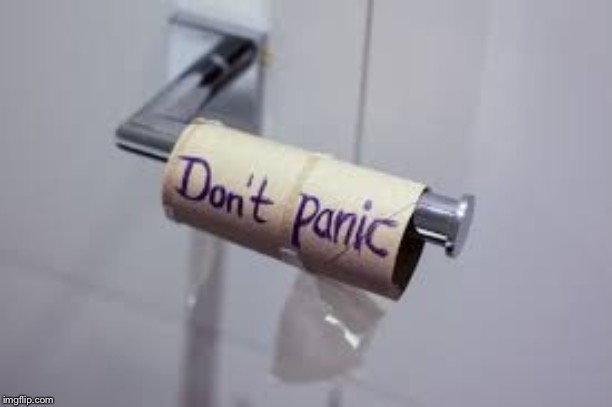 I see your prince is moving from your country to ours.

Spin, spin, spin - change the subject when you can’t deal with the material presented.

Canuk - this article outlined very well how poorly this administration dealt with this virus.  The really sad thing - this was there for all to see.  We all saw China building 2 hospitals in ten days - we saw vehicles going trough the streets in multiple countries, spraying alcohol.

And what was the response here - Trump saying they “Were on top of it” - “Everything was going to be OK”.  And we had Trump’s parrots on here, saying the same - mocking anyone that said any different.  They can say all they want, and Trump can deny any responsibility until blue in the face, but this event, for anyone not in the cult, was really easy to see that Trump, and his minions that INFECT this site, cannot be trusted, and really are the liars that those of us that see the truth, bring forth daily, as we are accused of have TDS - and a vendetta against Trump for the 2016 election.

What they don’t seem to get, and actually relish, is how stupid Trump really is.  They think his speeches are great - my god - how can ANYBODY that hears Trump speak, thinks he is a great orator?  He can barely keep on subject.  He’s terrible - there’s no other words for it.

He thinks he knows it all.  How he convinced this “know it all” to vote for him, I have no clue.  Normally, you RUN away from a person like this - but these people embrace him.  I don’t see it - I’ve never seen it, and the more I see, the more I realize that labeling him a con man, is actually the correct label for him.  He’s a charlatan-

I, and those on here trying to bring the truth to this site, have never been fooled by Trump. Have you?

According to the latest WHO data published in 2017 Influenza and Pneumonia Deaths in United States reached 80,463 or 3.51% of total deaths. The age adjusted Death Rate is 14.91 per 100,000 of population ranks United States #147 in the world

Your not comparing apples and apples BA.  THIS IS NOT THE COMMON FLU.  Yes - many die during a fake outbreak - but we are just at the beginning of this - you keep insinuating that we are near the end.  Your a fool...and only a fool would listen to anything you post on here about this.  You have been wrong from the beginning - you keep posting crap - you and your cult is responsible for many deaths - and will accept “no responsibility” - just like lying Trump, when this is over.  Go drive your truck - deliver some hogs -  hopefully your better at that.

Jen, and others, have you read thru this? I've see it posted a couple of times, yet for some reason could never get link to work.  It's over a week old info, yet was finally able to read it at this link.

It was a pretty good article - we are not anywhere near at the end of this.

Thanks for the link  WCMO.

Have just browsed down through it but will go back for a better read.