You’ve all seen it:

The picture brought here of the 12 week fetus....oh how cute!

This picture is floating around Facebook with this caption:

I wanted to know if this is really a 12 week gestational fetus.

The image displayed above, purportedly showing a 12-week gestational fetus resting in the palm of an adult’s hand, has been widely circulated via social media as a demonstration of how closely a 12-week-old fetus resembles a full-term child (even though the former may legally be terminated through elective abortion).

However, this image isn’t a photograph of a real fetus. It’s a picture of a hand-painted resin doll crafted by artist Donna Lee and sold through the One Tiny Life organization for the stated purpose of using them in schools and pregnancy centers to educate prospective mothers:

I am not here to judge nor debate whether or not a woman should have a abortion, but to educate so she knows what a 12 week old fetus looks like. As for the medical accuracy of the 12 week clay fetus, I am an artist & did my best to portray accurate details out of a lump of clay. I have included in the model all the features that a 12 week old from conception has at this stage (neck, eyelids, ears, mouth, arms, legs, fingers & toes). As for the translucency of the skin, that is a hard thing to capture. I hand-paint each one of these in multiple layers, but the transparent very thin skin of a 12 week old is difficult to portray in resin. I have begun to try to perfect my hand-painting of each model in order to show more deeper undertones and to give a more transparent skinlike appearance.

These dolls have been criticized as inaccurate depictions that misleadingly ‘humanize’ a 12-week fetus beyond its actual appearance, with critics pointing out that at the 12-week stage of development a fetus is smaller, exhibits much less well-defined features, and has translucent skin:

For comparison with the appearance of the doll displayed above, the BabyCenter web site provides week-by-week visual depictions and text descriptions of fetal development.

These dolls were the subject of some controversy in October 2011 when they were handed out to Halloween trick-or-treaters in Georgia by a pro-life group.

Every single day, these RWNJs bring stuff here, to anger people, and there job is to sway voters to the Repulsive ticket, so they can swindle you out of your money.  It's that simple.

They always say they have these "Great Plans!!" - but they never show them, and then, when they get elected it's, "Who knew health care could be so hard."

Don't you get it - you were once again swindled by the Republican Party.  The guys on here that back this administration, it's their job to come on, and lie to you, every single day.  Multiple times a day.  They don't tell you the truth.....they tell you WHAT YOU WANT TO HEAR.  Just like the baby thing above.  They don't put out the truth.  They put out something for maximum impact, to say, "SEE - SEE!!!  This is killing a baby!!!"   And it's just another pile of stinking crap.  And it's every friggen day.

They only way to get rid of these liars, is at the voting booth.  We can get America back to being Great Again....because right now, it and it's good name it being drug though the gutter, wearing a red MAGA hat.... 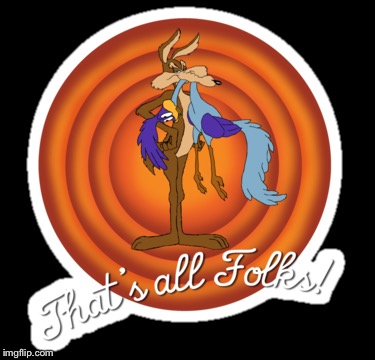 You're saying that to the wrong people, Craigo! It's your side that is in trouble.

One of these things is not like the other - can you tell the real 12 week old fetus?

I KNEW YOU COULD.....BUT TO THE RWNJ'S INFECTING THIS SITE, THEY WOULD REALLY HAVE YOU BELIEVE THAT THE TOP CLAY FIGURE IS THE REAL THING....NOTHING BUT LIES AND DECEPTION.  AND WHEN THAT DOESN'T WORK, THEY WORK REALLY, REALLY HARD TO DEMEAN ANYONE THAT BRINGS THE TRUTH TO THIS SITE.

YOU WANT TO BELONG TO THE LIARS CLUB OF AMERICA - VOTE REPUBLICAN.  BECAUSE THAT IS WHAT THEIR CLUB IS ALL ABOUT.

Why do you think it is, they the Right has to continually put out stories that are not the truth?

One reason:  The deceptive story fits their agenda, and they know people are to too lazy, to find out the truth for themselves.

Millie and friends come on here daily, and though we try really hard, it is difficult to push back all the crap they put on here.  And, then of course there is the trial jury thing, where an attorney will say something that he knows will get objected to - but the thought has already been relayed to the jury, and is seated in the jury's mind.

These guys know what they are doing.  They are masters at twisting a story to meet their narrative.  And you guys are the pawns, that let it happen...

You are beyond hope sick!

Why - because I bring the truth here Allen, instead of the crap that's brought here by The Liar's Club of America.

So you are saying we have the option of harvesting our corn and soybeans in July?

Not sure what your point is?.....Kill them now or kill them later?