I can't see how this isn't some form of discrimination, but the Iowa court ruled unanimously, that it wasn't.

IOWA CITY, Iowa (AP) — A dentist acted legally when he fired an assistant that he found attractive simply because he and his wife viewed the woman as a threat to their marriage, the all-male Iowa Supreme Court ruled Friday.

The court ruled 7-0 that bosses can fire employees they see as an “irresistible attraction,” even if the employees have not engaged in flirtatious behavior or otherwise done anything wrong. Such firings may be unfair, but they are not unlawful discrimination under the Iowa Civil Rights Act because they are motivated by feelings and emotions, not gender, Justice Edward Mansfield wrote.

An attorney for Fort Dodge dentist James Knight said the decision, the first of its kind in Iowa, is a victory for family values because Knight fired Melissa Nelson in the interest of saving his marriage, not because she was a woman.

But Nelson’s attorney said Iowa’s all-male high court, one of only a handful in the nation, failed to recognize the discrimination that women see routinely in the workplace.

“These judges sent a message to Iowa women that they don’t think men can be held responsible for their sexual desires and that Iowa women are the ones who have to monitor and control their bosses’ sexual desires,” said attorney Paige Fiedler. “If they get out of hand, then the women can be legally fired for it.”

Nelson, 32, worked for Knight for 10 years, and he considered her a stellar worker. But in the final months of her employment, he complained that her tight clothing was distracting, once telling her that if his pants were bulging that was a sign her clothes were too revealing, according to the opinion.

Bet that firing was preceded by some interesting conversation around the dinner table.

As I have mentioned before . . . Iowa has the most corrupt judiciary in the United States with the exception of Louisiana.  We sent three perps walking last year from that body, we need to send the rest walking, so they can  also receive Kennedy Honors like the last three did.

Iowa is a "rural backwater" and we deserve these dole employees, I am sure during the next election, a few of these jokers will be performing the "perp walk".  It is clear now why we have few "beautiful people" in Ioway.

I would imagine the dentist was made and offer he could not refuse . . . from his wife . . . for example either  She goes or the good quarter I brought into the marriage leaves with me. LMAO! John

Ya know, if this was a local store or a normal business I would not agree with the ruling. But in this case, one can't expect an owner to have to put up with an uncomfortable situation such as this.

Now maybe the proper way this kind of situation should be handled is a severence package agreement.

That's sorta like the old joke about the difference between Catholics and Baptists--which door to the liquor store they use.  These hard core conservatives can't handle that sort of temptation so they just get rid of it.  However, my money would be on that the wife was the one who said "fire her or else"!!

My thoughts are, if it is an uncomfortable situation, why hire that person in the first place?

If she was doing her job properly, and was not making improper advances towards anyone, or doing anything wrong, and was just fired because she was too good looking, how is that different, than firing someone, because they were 'ugly'?

I don't think she should get a million dollars or anything, but something just doesn't smell right.

On the other hand, it is hard to make a proper decision, when the link didn't have pictures, LOL.

a quick google will give you everything you want pic wise.

Nebrfarmr wrote:...how is that different, than firing someone, because they were 'ugly'?

what if this guy started working for you

And after two years

If that was the publics view of your business?????

I see your point, but this guy was 'altering' his appearance.   The woman in question, just looked that way.  Did you see her picture on the net?   I would think a pretty lady, with a cheery attitude, would be the sort of person you'd want to have representing your business.

Again, I am not for a law for everything, but more of the idea that common decency, would have given her more severence pay, or if she did her job properly, a glowing recommendation to other places of employment, and keeping her on, until she found someplace.   What I read didn't say she was fired for some infraction, or such, but out of fear of something that 'may happen in the future'.  You'd think if she worked there that long, he could control himself a couple extra weeks or months.

The article I read, more or less says she was flat out fired.   Maybe there is more to it, than the article said, which is often the case.

The article I read, more or less says she was flat out fired.   Maybe there is more to it, than the article said, which is often the case.

Yes! The wife, who also works at the office.

Marriage/Assistant? You make the call

Hmmmm I can picture it now: 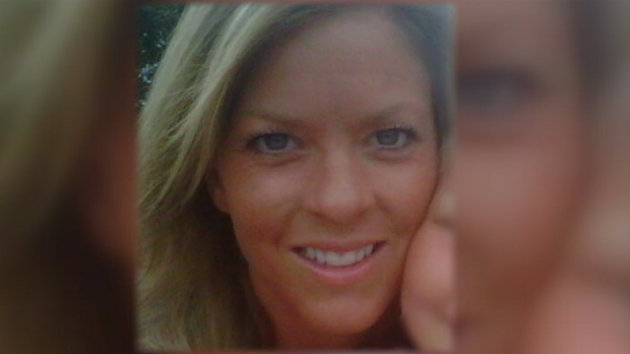 Talk about your tough calls LOL!

PS.  The bottom pic, is the actual pic of the assistant.  The top pic, is one I found floating around the internet.