Kunstler back on more familiar turf.

Bothsidesism aside, the GOP became the go to party for white collar criminals to such a degree that they made one their Leader for Life as he stocked his administration with them.

They spend a relative pittance to ensure obedience from resentful, uneducated white people and to some extent people who should know better but are especially heavy on the resentment.

Sure, the average shlub will be a lot better off with tax cuts for the wealthy and corporations and regulations stripped out. Right, got it.

Really, no democrats?  I could do this all day, but I`m not a troll. 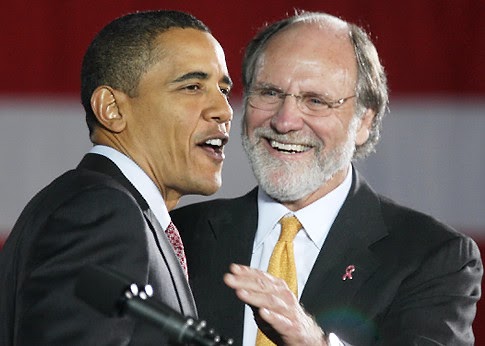 Oh, without question. I don't think I suggested otherwise.

But the rotting fish head is now primarily a GOP project, and they follow the old Jim Crow playbook.

Farm heirs are sort of a hybrid, although not numerous.

The dreamy isolationist, autarkic and white utopia will never materialize.

You'll just have a declining empire with the sharks feeding off the bloated dead whale.

And there's never been a bigger whale.

Well the Biden's did ok in the Ukraine after they used a billion dollar bribe to get rid of a prosecutor threatening to close their down honey tree.

since you brought up kunstler

"Last weekend, in a well-leaked conference call, it appears, Judge Sullivan took marching orders from former President Obama who suggested snaring General Flynn on a perjury rap for withdrawing his guilty plea, and whaddaya know, the stratagem laid itself out this past week like a fully-crafted macramé, all the little tufts and knots neatly in place ­— thanks to the busy little fingers of Lawfare attorneys burning the midnight oil all week to get the thing hoisted up on the wall. The tortured logic of the scheme was really something to behold: by withdrawing a guilty plea Flynn had entered under oath, he would be guilty of lying to the court about being guilty in the first place, and therefore had perjured himself. Imagine the interior of the legal minds responsible for that: dank chambers of rot crawling with centipedes and mealybugs of subterfuge.

The judge’s transparently perfidious moves revealed the desperation of Mr. Obama and scores of former and current officials allied with him, who are themselves liable for prosecution in the unraveling tapestry of RussiaGate. There is a sentiment welling up in this land that enough is enough with these devious pranks of crooked lawyers, and today, being Friday, would be an excellent moment for the DC District US Court of Appeals to issue a writ of mandamus for Judge Sullivan to cut the ***** and get on with his bound duty to put the Flynn case to rest. A nice added touch, if necessary, would be to kick Judge Sullivan’s seditious ***** off the case and replace him with a judge who understands established law and precedent."

Re: since you brought up kunstler

And a lot of opinions expressed there.

Re: since you brought up kunstler

Sam, I think it would be a fair tradeoff to discipline Judge Sullivan and put a big enough blemish on his resume to remove his chances of ever seeing his dream of being on the supreme court disappear.

In fact, poetic justice would be to have the sitting supreme court hear his case and side with his reprimand or dismissal from the bench. So he would have his dream of being part of the supreme court come to fruition, just not in the way he dreamed about.