There was a time liberals of the day would laugh and clap at what this observer of life would say on stage, were he alive today, I doubt much of his performances would garner a leftist audience.

“Governments don’t want a population capable of critical thinking, they want obedient workers, people just smart enough to run the machines and just dumb enough to passively accept their situation. You have no choice. You have owners. They own you. They own everything. They own all the important land. They own, and control the corporations. They’ve long since bought, and paid for the Senate, the Congress, the state houses, the city halls, they got the judges in their back pockets and they own all the big media companies, so they control just about all of the news and information you get to hear.”

Liberals used to have critical thinking skills, which made them capable of reason.  Today that is gone, China virus for example "Trump did it! all his fault, now jab me in the arm with a rushed vaccine that you say is 95%  effective!" .   Whatever the Svengali says they do, I hear they want Beyonce  to take the vaccine on tv to show everyone how safe it is ..

are you kidding me?

Sheldon Cooper displays some critical thinking,,,well the writers of the show did by accident. 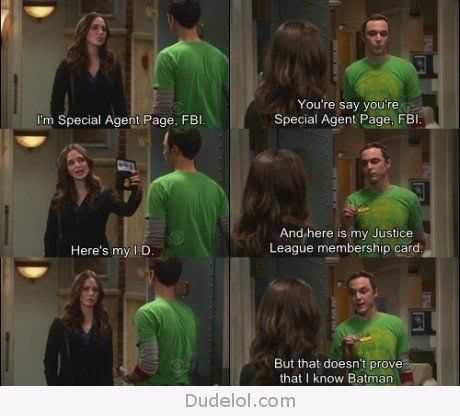 And where was your critical thinking when you said’ “It’s just the damn flu!”   And followed “your president” off the cliff - without ever “thinking” that he was lying to you yet again.

Where was your critical thinking BA?   When it was really needed.

Republicans know how to do one thing REALLY well - lie.....

The success of communism, Dr BA, is that people reject their individuality and accept being part of the machine.

Being free = being selfish.

You see posters here making that equation all the time.

Yeah - like those following Trump, and whatever he said was gospel.   You guys see the error in thinking, but can’t see the FACT, that the very thing you are trying to say in this thread, has been practiced by your cult for over 4 years.   Who were the “indépendant thinkers” on here - going against what Trump and the cult has said from day one.

Trump is nothing short of evil.   He should have been removed from office when he was impeached.   But, the “critical thinking” among the cult members failed there too, didn’t it?   Now you have the would be dictator talking about “marshal law”, so he can stay as dictator of this country.   Ans where’s your “critical thinking” there?    You guys really are an idiotic bunch.

Republicans do one thing really well.....lying.

It was for Trump. It is for all but the elderly. More than 99 people out of 100 who get the wuhan flue recover. Yet Stinky Fingers says we need to keep school closed for another year.

In San Fransisco 3.5 times as many people died from drug over dose than the wuhan flue.

Do the simple math

George Carlin may have been a drug abuser (Johnny Carson reputedly had to stop his appearances on the Tonight Show until he cleaned up his nose candy act) and probably atheist, but Mr. Carlin would not recognize the card carrying communists of today's left in America.

(Do the simple math)

any more math geniuses out there?

(Do the simple math)

I'm betting if you take out from the covid death numbers people who were terminally ill before they tested positive for covid1984 you'd see a survival rate even for the 65+ at over 99%.