There's some sort of unofficial birthday/Iron Dog-type/snowmachine party in Anchorage. A nice, mellow party, until the Palins show up. There's beer, of course, and maybe other things. Which is all fine, but just about the time when some people might have had one too many, Track Palin stumbles out of a stretch Hummer, and immediately spots an ex-boyfriend of Willow's. Track isn't happy with this guy, the story goes. There's words, and more. The owner of the house gets involved, and he probably wished he hadn't. At this point, he's up against nearly the whole Palin tribe: Palin women screaming. Palin men thumping their chests. Word is that Bristol has a particularly strong right hook, which she employed repeatedly, and it's something to hear when Sarah screams, "Don't you know who I am!"

A witness from the scene :

" Jesse, there are at least 7 people who were holding cell phones aloft by the time Palin blood and fists were flying. Unfortunately I was not one of them, as I only rushed outside after hearing "there's a fight and ALL the Palins are in it!" which of course made the whole crush of people quickly move outside.

Sarah was already trying to buy the cell phones LOL

off people and when that didn't work, she made Todd try and menace his way into getting the phones away from their owners. As it dawned on her that she could NOT keep this one in the can, she started to get really upset. If you hear any reports of Sarah crying, it was only because she was told by the cops to leave "now", before she could get her talons on those cell phones.

Two young guys were seen fist bumping and one said to the other "dude, we are rich!" so I am pretty sure it's only a matter of time before someone's video footage is sold. Wish I had more to add. Described above is literally what I witnessed in less than 90 seconds, so I can't even imagine what I missed. "

Why do you find this so funny?? Actually kind of sad if true.
Share
Reply

Oh goody, goody!! LOL!! Just what we needed here a little levity, at the mother of all gooses.

As the Obama White House continues to flesh out its strategy for combating the Islamic State, the terrorist group that has claimed much of Iraq and Syria, rest assured knowing that the U.S. is in the best of hands.

Consider the following statement, which was made Thursday by a senior White House official during a conference call [emphasis added]:

I guess I would just add one thing on the coalition question — and I think this is important to really focus on, which is to say, in discussions with governments in the region, notably the Saudis and the Jordanians, what is clear is that we have a very common view of this threat. And this is really quite unusual. ISIL has been I think a galvanizing threat around the Sunni partners in the region.

They view it as an existential threat to them. Saudi Arabia has an extensive border with Syria. The Jordanians are experiencing a destabilizing impact of over a million refugees from the Syrian conflict, and are profoundly concerned that ISIL, who has stated that their ambitions are not confined to Iraq and Syria, but rather to expand to the broader region

Here, let’s clear up exactly what’s incorrect in that statement, which was prompted by a larger discussion on the Obama administration's attempts to recruit allies to help it fight the Islamic State: 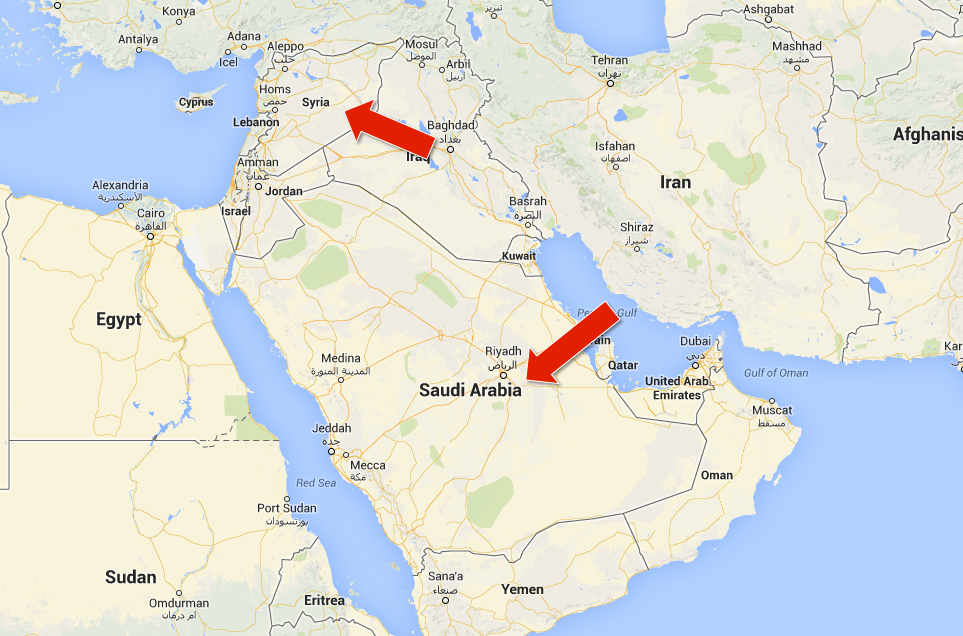 It isn't funny for those poor kids of theirs, ( Trig, Track, Bristol  WIllow & Piper , lol that woman should not be in charge of name selection )

but it is HILARIOUS to pointout to  right wing that loves her and was blind to her lack of everything.

McCain needs to be reminded every single day what a dumbazz he was for releasing the wench into greater America.

Same goes for the entire Fixed newz croud, their viewers, advertisers and supporters.

But she certainly owes many people apologies but not for what she claims. Costing McCain the election is probably the only worthwhile thing she has ever done.