Jen wrote:"Why does Trump keep insisting that China is paying the tariffs, when that is totally a lie?"

I don`t give a flying F-word what "Trump said"

Yeah - and that's the real problem, isn't it BA?  Guess what?  America DOES CARE what Trump said.    Trump is a liar.  You can't answer the question, because YOU KNOW THE ANSWER!!!

And it brings me back to where I started.

WHY CAN'T TRUMP TELL THE TRUTH???  ABOUT ANYTHING????  EVERYTHING WITH HIM HAS TO BE A LIE, OR A SMALL PART OF WHAT HE'S SAYING IS TRUE, AND THEN AN EVEN BIGGER LIE?

OBVIOUSLY, YOU LIKE BEING LIED TO.  QUESTION THEN IS, CAN ANYTHING YOU SAY, BE TRUSTED - OR ARE YOU A LIAR, JUST LIKE YOUR MASTER????

One would think that the tariffs in place would`ve caused "inflation"..so far obviously it hasn`t.  Take the $5 shirt example, the multinational corporations have ate the tariffs (because the $5 shirt costing them $2 can easily absorb a $1 shirt tariff and still coin money).  So technically the the $5 shirt remained $5 not hitting the consumer.

Look who I`m asking someone that married well and has a motorhome in her driveway. 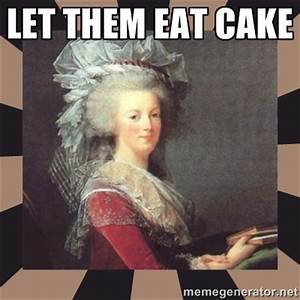 I didn’t spend it like many of those I worked with did.  I invested it in my farm, and then sold MY farm, at the market highs......

Life well planned.  Oh - and at $175,000 a year, they didn’t pay me enough for that job.  I could’ve continued along my piloting path, and made twice as much my last year of work.  But, being away from home all the time gets old...

How stupid do you think I am, that the tariffs have been absorbed by the corporations.  That’s not how any of this works.....

I think if you were payed that amount you ripped off the system. People put their life on the line for you in the military and police for less than a 1/4 of that amount. Don't know how you can sleep at night.

It’s what the job paid.  I got paid that much, because I COULDN’T MAKE A MISTAKE.  Making a “mistake” at the job I had, could’ve cost hundreds of lives by saying left instead of right.   You want to pay someone pennies for doing that job?  You want to chince on the person flying your jet?  You’re an idiot Allen....

Like all Democrat's you grossly over estimate your value in society. I know exactly what your job entailed. You were over payed!!!

Al, those jobs as air controllers are uber high stress and command exceptional compensation. I have a brother in law that did that for a number of years until he advanced into management and he said that whatever the pay was, it was not enough to compensate for the stress.

I am not going to begrudge Jen for her earnings.....I am sure she earned the money.

You can’t even spell Allen.


Like all Democrat's you grossly over estimate your value in society. I know exactly what your job entailed. You were over payed.

Beyond that - this is America - you could’ve taken the test just like I did.  But, I somehow think you probably wouldn’t have made it through the selection process.

The FAA has their testing down to a science.  If you get through the initial battery of tests,  and background checks (a single DWI or drug or other law enforcement record - need not apply) and psyche tests, then you have to make it through the academy.  25% don’t make it there.  (AFTER the testing showed, they might make it through to FPL - full performance level - where you can finally be trusted to work on your own)  Then you have to prove your worth with a limited amount of time to learn the job “on the job”.  Another 10 - 15% still wash out there.

All of that, can take years.  I even saw a guy, wash out on his last radar sector.   It only takes not performing well on one day, to derail your career.

I didn’t get paid what I did, for the hours and hours of boredom at the sector.  I got paid for the day that I was in the sector, with thunderstorms from Texas to the Canadian Border, and the only hole for the nations airplanes to get through, was in my sector.  I personally had 54 airplanes in my sector one day - all deviating for the weather.  Flight path computer projections are worthless.   And you hope like hell, that a key piece of your equipment doesn’t choose that time to fail, and every pilot has a request.

I can GUARANTEE you, that if you visited an ATC facility, it wasn’t during those times.  When a sector staffed by one or two, was staffed by 5 or 6.  The person talking to the airplanes stood behind the person doing the computer inputs.  And then you had two people on the data side trying to keep up with the paperwork, and a person standing behind the person talking, helping watch for conflicts.  And then a supervisor or two, watching behind all of that, to help ensure that all made it through the hole safely.  And it could be like that for an hour - maybe more, before the traffic subsided.  No one got “relieved” during those periods.   There was no way to possibly brief someone, as to the chaos was occurring.   And that, was if the hole stayed open for passage.

Those are the periods I got paid for.  Those are the periods that you train years for.  And you never saw that.  And you think what you saw in the military was Air Traffic Control?  Huh.....as many former military controllers failed the training process, as anyone else.  We had students with 4 year degrees in Air Ttaffic Management from the handful of Universities around the country that offered the degree, and would fail the course, and be out of a job they trained years for.   Why?  Because the pressure put on you, in the instance outlined above, few can actually handle.  Remember I’ve said, that people make bad choices if they’re mad or scared or stressed?  There are no “do overs”, when you put two airplanes together.

Until you’ve sat in the seat I have Allen, you haven’t a clue what the job entails.  There IS A REASON I got paid what I did - and it wasn’t enough....

You got that money off the backs of slaves while you oozed your white privileged. You didn't build that, your slaves did. Time to give back.