Trump, saying again he can’t remember when he got tested before the debate with Biden.   He’s lying....big time.   He’s been asked this question many times.   You’re telling me, that by now, he couldn’t have checked back on the records, and show America ALL the testing that was done prior to the debate with Biden.   Or is Trump going to try and tell me, that his doctors didn’t keep records of when he was tested, and the results?

This is BS.   This liar needs to be removed from office.   Period.   There is NO EXCUSE for the people of America not to have the answer to this question.  I CAN’T REMEMBER from the “smartest man ever” is BS.   There are records.   It’s time to force the records, from who ever hands it needs to be pried from.

At this point what difference does it make?

A HIGE difference.  Trump is doing his MO.....kick the can down the road, until people forget.   This cat doesn’t “forget”.   And America still wants the answer.

Do you kiss your children with that mouth?

And were you as incensed when ALL the Demon crats couldn't remember?

I started to show the times that "O" Biden  (he called it the “the O’Biden-Bama administration.”) couldn't remember but decided that perhaps that would be too much text for the agriculture.com servers.

I have said many times.....the election of Trump to office changed me.   Hopefully, I can get back to what I was, before the bass tard we have in office now.

It's not that Democrats have forgotten things.....it is that Trump has said his entire presidency, how smart he is....and how he doesn't forget.   Maybe you don't remember.  Here is a video of the bass tard at his best:

Yeah.....that's your boy mocking someone because they forgot something.  But now....when there are things called MEDICAL RECORDS that Trump could check, to see when the last negative test was before his debate with Biden, suddenly, it's "OOOOOOOOOOOOhhhh,   I I I..I can't remember....I get so many tests."  Look it up buddy.   You think even the medical people in the WH don't keep records?

No - I'm right.   I know I am.   Trump, like always, refuses to release information, which will probably be damaging to him.   This little tidbit, could show him as an accessory to attempted murder.   How many bodies are there in the Trump body count now?  218,ooo or so.  And it grows daily....and Trump denies the virus is even a problem.

Jennifib, the Leftists are showing their true nature. Like autumn leaves show their true colors, except the Leftist colors are truly evil. Just like your media comrades. 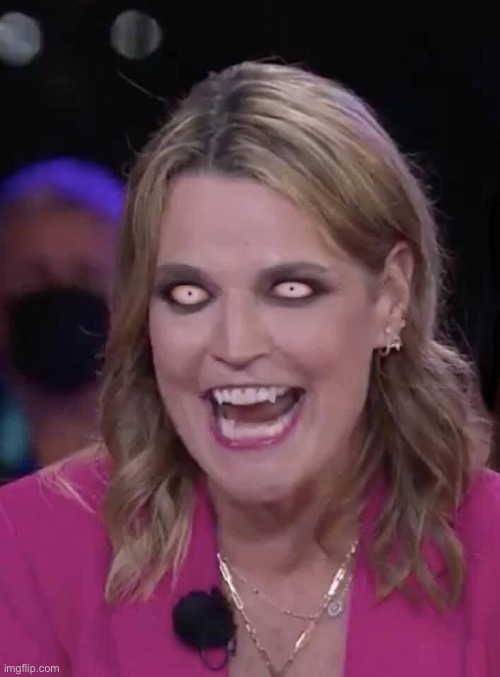 What’s the matter - You didn’t like the questioning?   Real questions, that America needs and wants the answers to?  Too bad Millie, my heart bleeds for you and your bass tard Trump and his Tramp.

Trump will lose.  He will go down in disgrace as the worst president ever.   A well deserved label.   And Republicans will take the fall with him.   The Trump stain is all encompassing....and the cult will share that stain....forever.

Republicans can’t win an election, without lying or fear mongering, or voter suppression.

Wait.......you mean like the real questions that Biden got from George?     You know, the ones that someone had already printed them up on cards for the folks to read?    Please stop, you're going to blow a gasket. 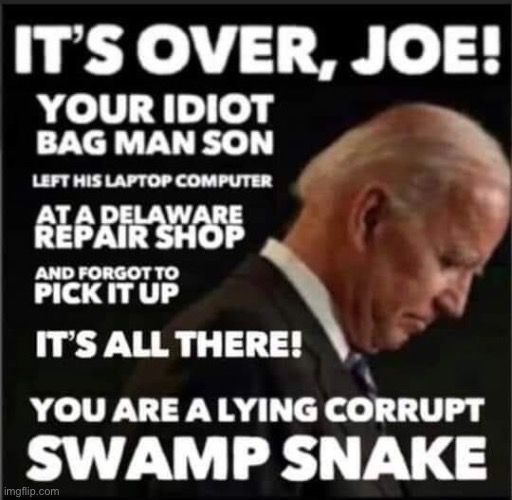 "I have said many times.....the election of Trump to office changed me.   Hopefully, I can get back to what I was, before the bass tard we have in office now."

I know several  people said the same thing about Gov Walker and said they had to vote for Evers.  And now silence. They screwed up big time just because they didn't like the man. In your case you will try to vote out the one person that has made this country better and put in a senile old man that will be replaced by a ***** in the first year. Then you will be silent just like the fools in Wisconsin.