another victory in democrats war on art

Remains of George washington defeated enemy of the cultural revolution.  Democrats everywhere rejoice in their victory 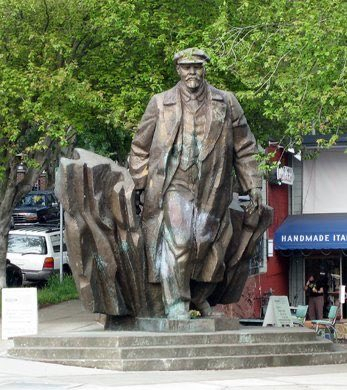 Re: meanwhile untouched in seattle

I must have missed the Democratic part

guess they got Cervantes too

Sure he put up a fight but the brave democratic socialist prevailed.

Democrats defaced but failed to bring down Andrew Jackson in Lafayette Park.

I'm getting beyond words at this point.  They hate this country so very much.

Re: another victory in blaming Democrats, and spreading hate

Notice that you are talking to yourself, unwiseone?

Again - YOU HAVE NO CLUE as to the political makeup of the people that are destroying the statues, anymore than you did of the people rioting in Minneapolis, and now around the world.

All these things have one thing in common - the portrayal and acceptance of one race - white - in dominance over any other.

Its not about the political organization ascribed to by the people that feel they have been wronged, those that feel wronged are simply fed up, and are not going to “take it” any longer.   It has nothing at all to do with the political agenda you are assigning to it.

The long and the short of it is that you feel threatened - you see works of art being destroyed - but don’t give a rat’s ash about why.

And then, you turn it all on the people right now you hate the most - Democrats - because America is about to boot out of office “The Great White Hope”, the only man that can save “white dominance” - and “Republican Dominance” - over all those that don’t share you skewed view of what America should be.