* cracks down on border crossers

If you are trying to flee the murderous communist dictator of Cuba.

The U.S. Coast Guard announced the return of 27 Cuban refugees to the communist country on Tuesday, caught attempting to navigate to Florida on two separate vessels.

The slightly over two dozen people are believed to be the first large group of balseros, or rafters, caught attempting to enter the United States in this manner since the July 11 protests. On that day, thousands of Cubans marched in the streets of dozens of municipalities nationwide and every major city on the island, demanding an end to 62 years of communist rule. The protests triggered a wave of state-sponsored violence including public beatings, police opening fire on unarmed civilians, and the imprisonment and threatening of minors.

The Coast Guard did not provide the identity of those repatriated, but Cubans with known anti-communist sentiments can face legal repercussions for attempting to leave the country without Communist Party permission. Cubans with higher education, especially doctors trapped in the nation’s healthcare slavery system, may also face severe criminal liability if returned home. Cuba has regularly denied high-profile independent journalists and activists permission to travel abroad.

Re: * cracks down on border crossers 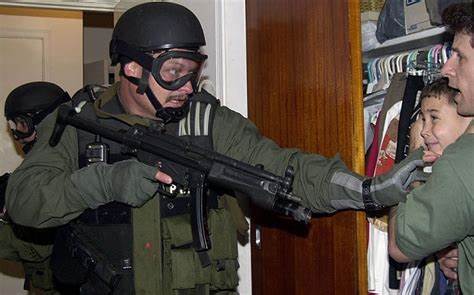 Re: * cracks down on border crossers

Not likely to vote for communism.