end of small business and small farmers, the genius of Obama

was reading one families experience with Obamacare and it occurs to me that there will be no small business or small farmer that will be able to stay in business and have health care.

The alternative is to go without insurance and then bankrupt yourself if you get sick but as you can see you're going to be bankrupt from insurance cost so it's a lose, lose situation.

The family previously had $400 a month premiums with $2000 deductible.

I think we are now seeing the genius of Obama, he has found a way to completely destroy private ownership of property.  It will be government in concert with corporations or the very definition of fascism as the corporations will be regulated by government.

First off, if a family was previously getting low deductibility insurance for $400/month that was a teaser rate- as soon as they closed the risk pool and strarted squeezing it would double or triple within a few years. You could beat that game by bouncing to new pools if everyone in your family stayed healthy but if somebody got an excludable condition you'd be SOL.

Exchange premiums are actually pretty stable to declining in some competitive markets like C IN. But it is a huge problem in some markets. It is very fixable although republicans don't want to fix it, they want to kill it. That is because they want to turn medicare, medicaid and the whole shebang over to the nice folks who just doubled premiums, or would squeeze you into the state high risk pool if you get sick. Only in America.

BTW, for whatever the fraction of a percent of people who are 1) in one of the exchange markets that is blowing up and 2) generally make enough that they don't qualify for subsidies, I'd strongly suggest they see an expert imediately and plan for the best way to manipulate taxable income down in order to ride this out.

Probably easier for farmers than some, like say professionals to do.

or maybe we could talk about "why" some exchange markets are blowing up?

Or it that way too past Econ 101 for dummies?

There really is a point at which you have to give up your support for a failing paradigm unless you are part of the ruling party that benefits.

My conclusion is that your situation.  There are far too many people getting screwed by the Obamacare fiasco to believe it's ever going to benefit the middle class.

Only those vested in destruction of the middle class and those who are part of the ruling class living off the labor of private industry can begin to say that Obamacare is any type of success.

There are still millions of people without insurance and millons more who will go broke trying to insure their families.

All I know for sure is -- I was insured thru a student health plan from age 18 until full-time employed after college, when I was insured thru my employer. Since then, have been insured thru employer while employed, and individual plan for 20+ years after that.  Don't recall ever being dissatisfied with my insurance.  AND, never used my entire deductible in any given year, ever.  Then the ACA was approved, and my insurance company of past 20+ years discontinued selling health insurance altogether, policy just up and cancelled after over 20 years of continuous policy, 1st year of ACA.  Signed up individually with another company, had to change doctors, then this insurance also discontinued.  This sucks.  Don't like ACA, shouldn't need to manipulate my income to 'save' on health insurance, etc.

I don't know about everyone else, yet I don't really like 'shopping' or even 'looking around' for health insurance every year.  Apparently, my 40+ year total history of paying premiums and having minimal health expenses means nothing anymore.  In the years when insurance is most important to me, it is a crapshoot.  For 40 years I paid for it, I really didn't even need it, and now what.  Looks to me like a few years of total BS, then Medicare.

There has been some talk about offering to the public the same plans now available to Federal employees. Don't know if it will ever happen,  as the government cost would be considerable.

Almost forgot about that. Federal employees were exempt from Obama care. The feds said if they weren't too many of them would leave because the insurance would be unaffodable and they would seek jobs in the private sector.

If federal employees, or more importantly, members of Congress, were subjected to the same rules as INDIVIDUAL citizens who are not eligible to participate in an employer-provided plan, or were required to obtain their health insurance thru the exchanges, then the problems would be more clear to them, and would directly impact them, thus prompting more attention from them in correcting the problems.

Locally, in my area, the exchange offers only 2 choices available, both with the same insurance company.

I do beleive that members of Congress have more or less the same health options as other Federal Employees, whether you are a postal employee, an FBI agent, and air traffic controller, or anyone else in the employ of the federal government.

A lot of people hink that it is free.  It may be for members of Congress, I don't know.  I know that the rates for postal employees was less than I paid as an air traffic controller.  I now pay around $600 a month.

Feds Will Pay 6.2 Percent More Toward Health Care Premiums in 2017 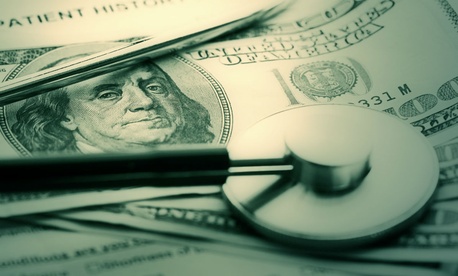 This story has been updated.

Federal employees and retirees will pay an average of 6.2 percent more toward their health insurance premiums in 2017, the Office of Personnel Management announced Wednesday.

Federal employees and retirees’ share of their health care premiums will go up by a higher percentage than the government contribution, which will rise 3.7 percent. OPM pays about 70 percent of FEHBP participants’ premiums.

» Get the best federal news and ideas delivered right to your inbox. Sign up here.

Overall premiums for non-postal employees and annuitants, including all enrollment options and both the employee and government portions, will increase by 4.4 percent. The increase is down 2 percentage points from the 2016 increase, which was the largest since 2011. The jump had remained below 4 percent for five consecutive years before 2016.

John O’Brien, OPM’s director of health care and insurance, said at a press conference Wednesday the two primary factors in the increased rates were pharmaceutical costs and a rise in the average age of the federal workforce. He noted, however, the FEHBP increases were “at the low end of what is being experienced around the country.”

The consulting firm PricewaterhouseCoopers projected a 6.5 percent premium increase in 2017.

As mandated in OPM’s February carrier letter, all FEHBP health care plans will now provide appropriate benefits for children on the autism spectrum. There will be no other major changes to feds’ health care benefits in 2017, OPM officials said.

Next year’s exact increase will vary from plan to plan. The most popular plan -- the Blue Cross and Blue Shield Standard Option -- will see a $5.81 per paycheck increase for self-only enrollees. Family enrollees in the plan will pay an extra $15.99 per paycheck, and self-plus-one enrollees will pay $9.46 more. About 40 percent of FEHBP participants are enrolled in that plan.

U.S. Postal Service employees will pay an average of 11.7 percent more for their premiums -- or $16.32 per paycheck -- a slight decrease from the 2016 bump. Self-only enrollees will pay 11.5 percent more; self-plus-one, 12.9 percent; and self-and-family, 11.6 percent. The government share will increase by just 2.8 percent.

“Like most other Americans, federal employees and retirees have seen their standards of living decline due to stagnant incomes and cost increases for basic goods and services,” Cox said. “This is an unacceptably high increase that will force many families to make difficult decisions about how to pay their bills.”

Richard Thissen, president of the National Active and Retired Federal Employees Association, said while the increases were “relatively modest,” they come at a time when feds’ long-term care insurance rates are set to skyrocket and pay raises have been historically small.

“For the seventh year in a row, the FEHBP premium increase also will take a bite out of the already reduced paychecks of federal employees,” Thissen said. “In the past six years, pay raises for federal employees have totaled a mere 3.3 percentage points. Yet FEHBP premiums have increased a total of 27.8 percentage points over the same time period.”

FEHBP will offer a total of 245 plan choices in 2017, seven fewer than it did in 2016. Every plan will offer self-only, self-plus-one and self-and-family enrollment options. The program added no new plans, while just five plans affecting 735 people will drop out of FEHBP next year. Fifteen plans will be offered to all participants regardless of where they live or work.

Last year, 3,000 enrollees were forced to find new health care plans due to terminations, and more than 25,000 had to shop for new options in 2015. O’Brien said the relatively small decrease in options for 2017 was “encouraging,” but OPM would have been “even happier” if new plans had entered FEHBP and increased competition.

About 8.2 million federal employees, retirees and their family members enroll in FEHBP. More than 1.7 million participate in the federal dental benefit, while 1.2 million enroll in vision plans. Premiums for the dental benefit will increase 1.9 percent in 2017, and those for the vision plan, 6.3 percent.

About 540,000 individuals opted into self-plus-one coverage in the first year OPM offered it, though O’Brien said upwards of 1 million enrollees would be better served in the offering compared to self-and-family.

Open season, the period in which federal employees and retirees can enroll in FEHBP or switch plans, will run from Nov. 14 through Dec. 12. Between 4 percent and 7 percent of enrollees typically switch plans annually. O’Brien projected this year’s open season would be “not as intense” as last year, when OPM created the new self-plus-one option.

CORRECTION: This story has been updated to fix an error in a statement from NARFE regarding the total percentage points FEHBP premiums have risen in the past six years.

My BC/BS plan is going up about $10.00 per month, yet I just heard Sniffy in the tele saying (reading off the teleprompter, which he is still terrible at), "You're health care rates are going up 116%".  Spewing BS and only telling a partial truth, to get everybody he can ticked off.  Yes, for a few that don't have a group plan, those are going to go up.  But like I said before....instead of bitching about it, come up with your own group plan, so in the future, you have more of a choice.  But as farmers, I can pretty much guarantee that your rates would still be high, because of the inherent risks involved in farming.  I don't know what miners pay, but I would assume that the risk category would be similar.