Or invasion as it should properly be called.

Aside from keeping wages down there's this: 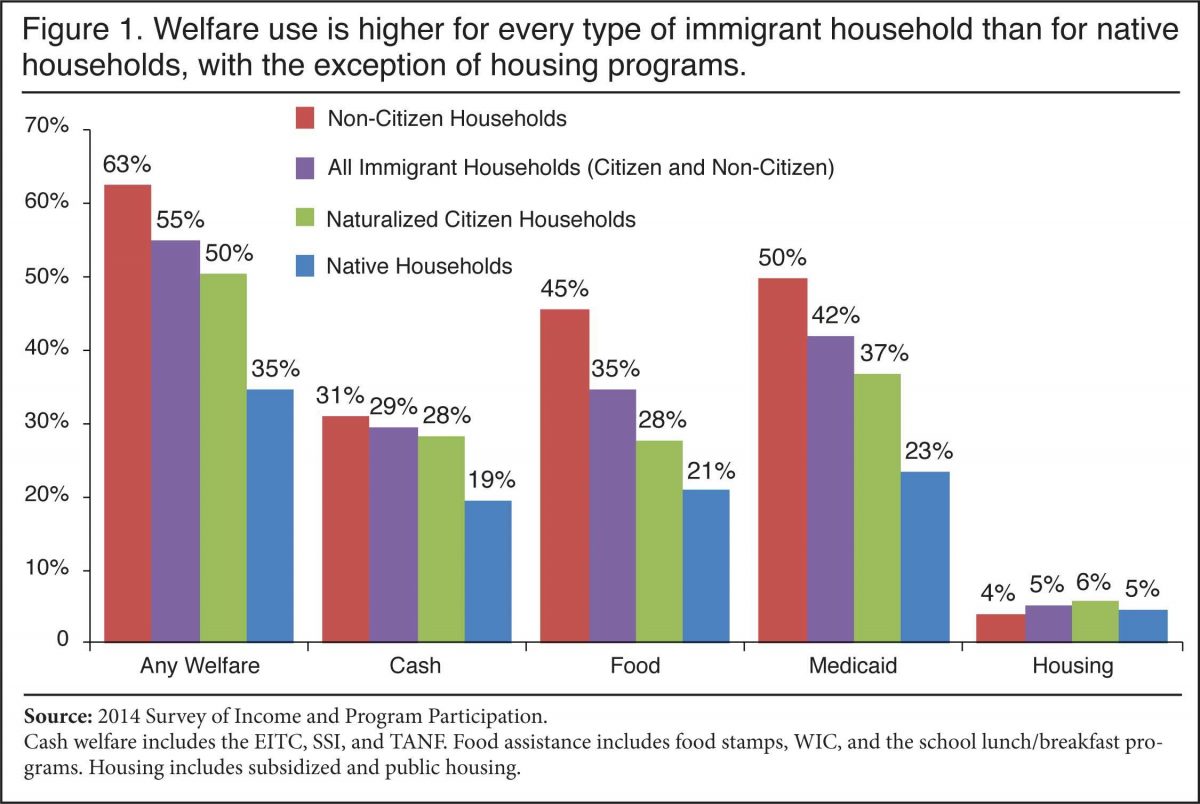 Why is it you people always read something and never check to see if it's true? Your article is convoluted as usual, half truths, just to make a big splash?? Shame.

What is with this generally?

"Social Security and Medicare are not means-tested and generally require recipients to pay into the system beforehand."

Maybe you should look that up? Google is a wonderful tool.

It quite sure what this graph is saying. In the first section, is it saying that non-citizens are illegals? Or also people with work visas, school visas and spouses who are allowed to live here but are not citizens?  Illegals who have jobs due to stolen SS numbers or other such ids pay taxes on their pay even though they can’t collect any benefits because they really aren’t in the system but their employers withhold the money and send it in. Illegals with no ids can’t get welfare. Some have stolen info and do manage to scam the system just like some citizens get things they aren’t entitled to. Point is that illegals pay over $300 billion in tax money to the govt coffers and in most cases get NOTHING in return.