Re: Given What You’re Posting

You are stuck on stupid Karen. Dems don't condemn this violence, they call for more. We are American citizens and we have a right to self defense. People will exercise that right once they and or their families face danger from violent mobs. There is no room in our society for such behavior.

In the original Goldfinger book, Ian Fleming had Auric Goldfinger say, “Once is happenstance. Twice is coincidence. Three times is enemy action.” Enemy action is what’s on the table as Black Lives Matter and Antifa mobs are terrorizing suburban neighborhoods. What were random stories about threatening protests in quiet neighborhoods are now “the enemies’” routine behavior.

We’ve already seen a record number of people buying guns for the first time as they’ve watched the Democrat-run leftist mobs destroy urban America. With the suburbs now under attack, it’s probably these same people will push for Trump’s re-election with a mandate to return law and order to America’s streets.

Americans accept non-violent free speech in public spaces. Democrats even seem willing to tolerate violence and looting in commercial areas. It’s inconceivable, though, that any Americans, especially those college-educated suburban moms who have looked askance at Trump, will accept threatening protests on their children’s doorsteps.

The first house call from threatening protesters was in November 2018, when an Antifa mob surrounded Tucker Carlson’s home, terrorizing his family. The Carlsons eventually had to move. The suburban mob attacks then went dormant for a while, but 2020 has seen a frightening resurgence.

On March 2, a Black Lives Matter mob descended on the home of Jackie Lacey, Los Angeles’s first black district attorney. Her husband, David, met the mob on his porch with a gun and told them to back off. California’s hard-left Democrat Attorney General Xavier Becerra didn’t indict the trespassers; he filed misdemeanor charges against Lacey.

Almost three months later, on June 28, in St. Louis, Mark and Patricia McCloskey were filmed outside their home wielding guns after hundreds of Black Lives Matter protesters broke down the fence to their gated community and marched onto their property. Significantly, a Soros-funded, Democrat prosecutor didn’t indict the trespassers; she indicted the McCloskeys.

The next mob assault on a neighborhood happened only a month later, on August 2, when 200 protesters stormed the community in which Seattle’s Police Chief Carmen Best lives. For the neighbors, especially the moms, it was terrifying:

“It was not peaceful. They were here to intimidate. Scare people. Scare children. There were children out there and they were asking them what schools they went to. They were yelling the most horrible things you’ve ever heard in your entire life,” said wife Jamie.

Seattle responded by stripping funds from the police, leading to Best’s resignation.

Just last week, only a few days after the attempt to get to Best’s house, the mob appeared in a Colorado Springs neighborhood. Unfortunately for the Antifa types, they picked the wrong neighborhood. It was Trump country, and the residents fought back.

Bu now, the mob had done its A-B testing. It had learned that MAGA neighborhoods are dangerous because people defend themselves, but Democrat-leaning suburbs are perfect for intimidation because the residents are meek and the politicians supportive. On Saturday, therefore, there were four reports about BLM and Antifa making terrifying raids on suburban communities.

One mob action was in (or near) St. Paul, Minnesota. John Thompson, a candidate for the Minnesota House of Representatives, stormed the neighborhood that’s home to Bob Kroll, President of the Minneapolis Police Department’s union. Thompson then led a shrieking, obscene mob, as stunned residents watched. Thompson’s son, incidentally, was shot a couple of years ago and may well have survived because the police found him

In Washington, D.C., an aggressive mob of protesters showed up at Postmaster General Louis DeJoy’s home
Protesters in Seattle stopped the pretense of targeting just one person and openly marched through a neighborhood demanding that the white residents give up their homes and their money
In Portland, an Antifa mob marched through a residential neighborhood, violently attacking police officers as they went
And what do the Democrats think? House Representative Ayanna Pressley, a member of AOC’s squad, can ...
Read more: https://www.americanthinker.com/blog/2020/08/is_this_the_democrat_tactic_that_will_drive_suburban_mo...
Share
Reply 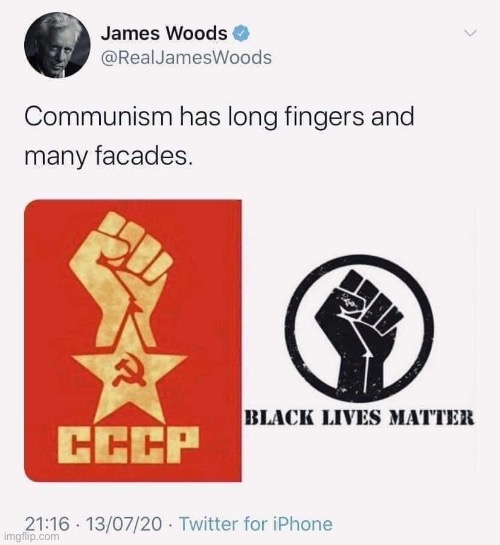 did some fact checking and that particular post is from a satirical site.

I am sure that she actually does believe that, just smart enough not to go on record saying such.

try to find a source for the story that an NBC reporter has been fired for posting a meme about "Joe and the Ho".

Anyone have anything on this?

Kamala has bigger problems than her slavery connections or being mocked in a meme. Many black Americans and Democrats do not support Harris.

Civil-rights attorney Leo Terrell is a lifelong Democrat who plans to vote for President Trump in November. Terrell torched Harris as an unqualified, “affirmative-action” token candidate.

Terrell remarked: “This woman has gone so far-left. If you like your health care, she wants to take it away. She believes in socialized medicine. She has no principles or scruples. She called Joe Biden a racist. That’s [the only thing] she’s correct about. But she shot down President Trump and Tim Scott’s proposal for criminal justice reform. She shot it down because it came from Republicans. We have to save this country. This election is very important.”

As long as Biden can hide in the storm cellar, he has no clue as to the derecho that flattened his corn crop above ground.

by Jim Hoft, The Gateway Pundit: This won’t make any headlines.
A new Rasmussen poll finds that a third of black voters say Biden’s announcement of Kamala Harris as his running mate makes them less likely to vote the Democrat ticket this year.

Biden announced Kamala as his running mate on Tuesday.
Tulsi Gabbard destroyed Kamala Harris’s record as a prosecutor who put over 1,500 people in jail for marijuana violations and then laughed about it when she was asked if she ever smoked marijuana.

According to Democrat Tulsi Gabbard, “She kept people in prison beyond their sentences to use them as cheap labor for the state of California. And she fought to keep cash bail system in place that impacts poor people in the worst kind of way.”

Democrats Gives Thumbs Up to Harris But Are Black Voters On Board?

Earlier this week, Joe Biden named Kamala Harris as his running mate. Democrats overwhelmingly like the California senator and have their eye on her to hold the top spot in 2024 if the Democratic ticket loses this time around. Seventy-six percent (76%) of Likely Democratic Voters have a favorable impression of Harris, including 48% who have a Very Favorable impression. Just 18% of Democrats have an unfavorable view of California’s former attorney general, with 11% who say Very Unfavorable.

But while black voters (37%) are more likely than white voters (28%) and voters not affiliated with either major party (25%) to hold a Very Favorable opinion of Harris, who would be the first woman of color to hold the office of vice president if elected, a third of black voters say Biden’s VP announcement makes them less likely to vote for Democratic ticket in November.

Sleeping her way to the top probably doesn't help Harris any, but marrying a white guy really probably makes all the black men wonder about her.